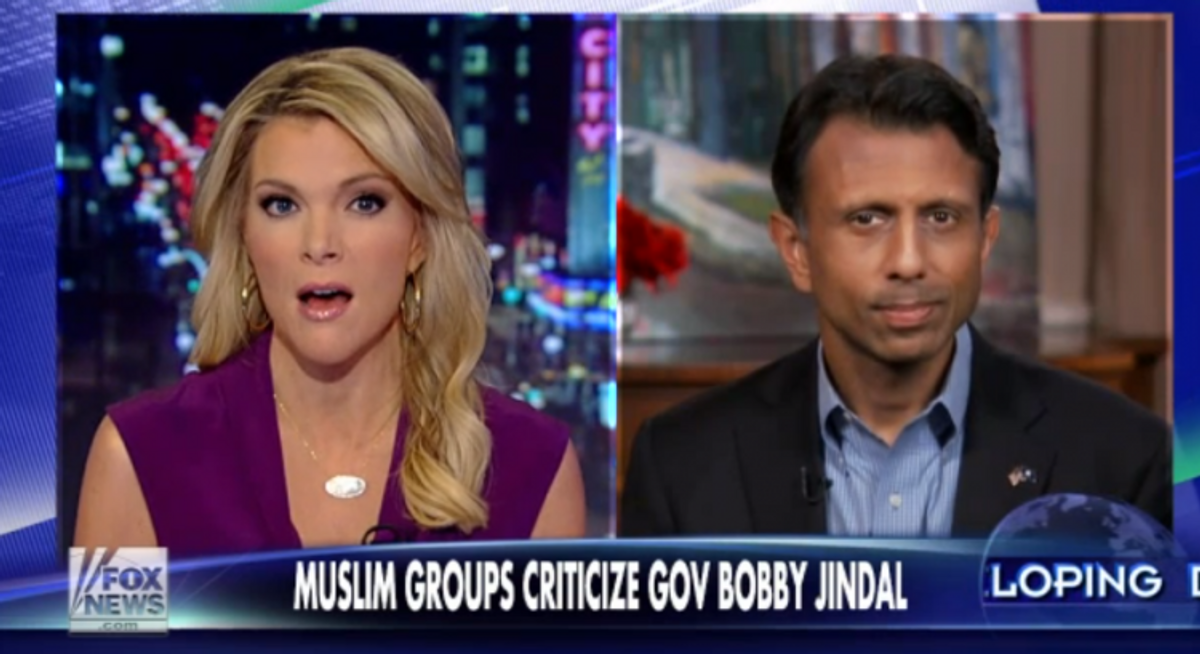 Jindal's latest idea -- which came on the heels of his much-derided claims about Muslim "no-go zones" in Europe -- sparked fierce criticism among advocates for the rights of Muslim Americans. But the governor insisted on "The Kelly File" that he doesn't intend to promote anti-Muslim discrimination.

“America’s built on religious liberty,” Jindal said. “We don’t discriminate against anybody of any religion and certainly there are many Muslims that are proud patriotic Americans. That’s great. It’s also true there are radical Muslims — Muslims that want to treat women as second-class citizens, those who want to use our freedoms to manager others.”

Allowing that "members of ISIS may be a different story," Kelly pressed: “But just to say that if you are a radical Islamist or, more specifically, if you believe in Sharia law, then you won’t be allowed into the United States is controversial. Who decides how far into Sharia law you have to be? Who decides who’s a radical Islamist and who’s just an Islamist?”

“You don’t have the right to come here and say for example you think women should be treated as second-class citizens," Jindal replied.

"This is a country with lots of crazy beliefs," she noted. "And actually, some religions continue to treat women as second-class citizens — and it’s not just some forms of Islam. Are we going to start banning everybody who doesn’t treat women or children or criminals, for that matter, the way we like?"

Jindal, who currently ranks near the bottom in polls of the GOP's 2016 field, stuck to his talking points about the need for Muslims to assimilate to American society.

Watch the exchange below (h/t TPM):