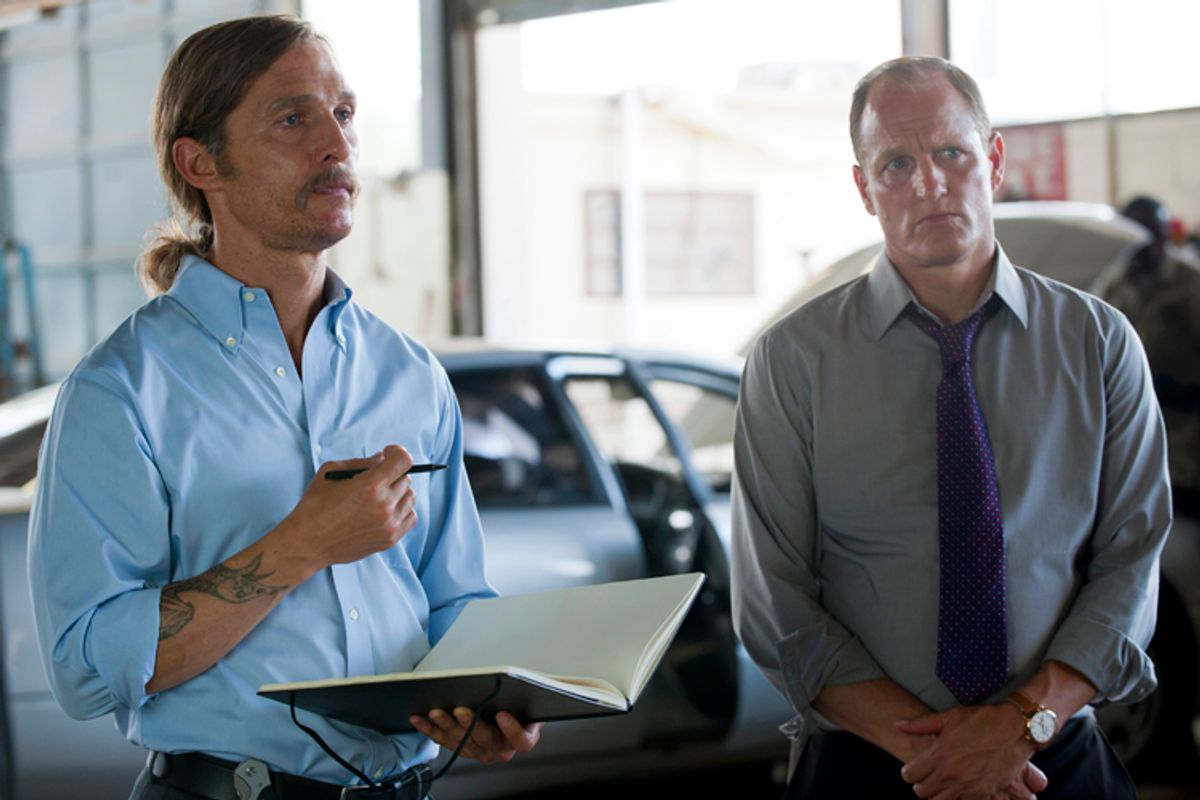 While the participants have reportedly signed nondisclosure agreements, we do have some clues with which to speculate on what the scene might involve. We know that Season 2 begins with the discovery of a dead body on the Pacific Coast Highway. Farrell and Taylor Kitsch are the highway patrol officers investigating the case, while McAdams plays a local sheriff. Vince Vaughn is a career criminal who happens to be an associate of the victim, Ben Caspar, a shady city manager who was in the process of working to pass a citywide transit bill. The series will reportedly go on to explore "the secret occult history of the United States transportation system."

We also know that Farrell’s character has a shady sexual history of his own, as he was reportedly "suspended for sexually exploiting a young woman he pulled over.” So it's possible his arc also involves some sort of kink?

Den of Geek, meanwhile, looks to possible inspirations for the series, pointing out that the transportation-centric season could draw from the life of shipping magnate Daniel Keith Ludwig, who "reportedly had close ties to the owlish Bohemian Grove crowd, the reputed playground of perverted plutocrats." As they put it:

So perhaps McAdams and Farrell are undercover trying to dig up some info on the dead man’s past? Or maybe Farrell's sordid sexual past is catching up to him and McAdams is pulling him back from the brink (or, y'know, along for the ride?). We have no idea, but we sure are excited to find out. Speculate away!