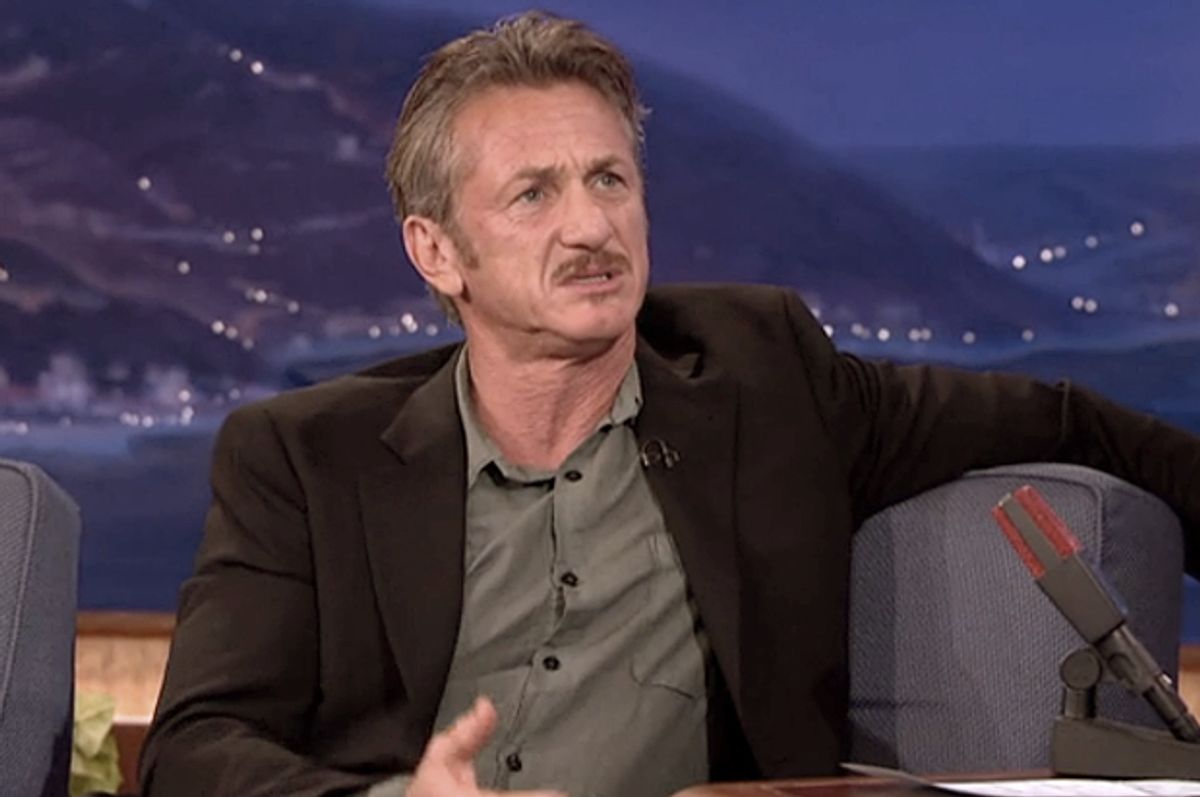 Sean Penn sat down with Conan Wednesday night and, to no one's surprise, had some fiery political takes to share on the topics of ISIS, Dick Cheney and Cuba.

Penn used the first portion of his appearance to slam former Vice President Dick Cheney, who has been battling heart disease for over 35 years. Introducing Cheney as the "embittered bacteria of humanity," Penn described his shock in learning that he's still alive. "It’s always a surprise to me to remember that, through bionic technology and so on, this guy’s still here" Penn said.

Penn continued his tirade, questioning why it is that people like Cheney get a chance at life while others like Harvey Milk, who Penn played in 2009's Oscar-winning film "Milk", don't. “...We have people like Harvey Milk, who were beautiful, brilliant, impactful guys, and, you know – it’s just no good deed will go unpunished, and then you’ve got the Cheneys. This is just me musing.”

He concluded: “These are the guys -- he and President Bush and some others -- who invented Daesh, or ISIS. I mean, they really are that which created it, and so I wanted to give him a shout out. Thanks for that.”