That racist SAE chant is only the biggest story. One UConn fraternity was banned for racism, sexism and hazing 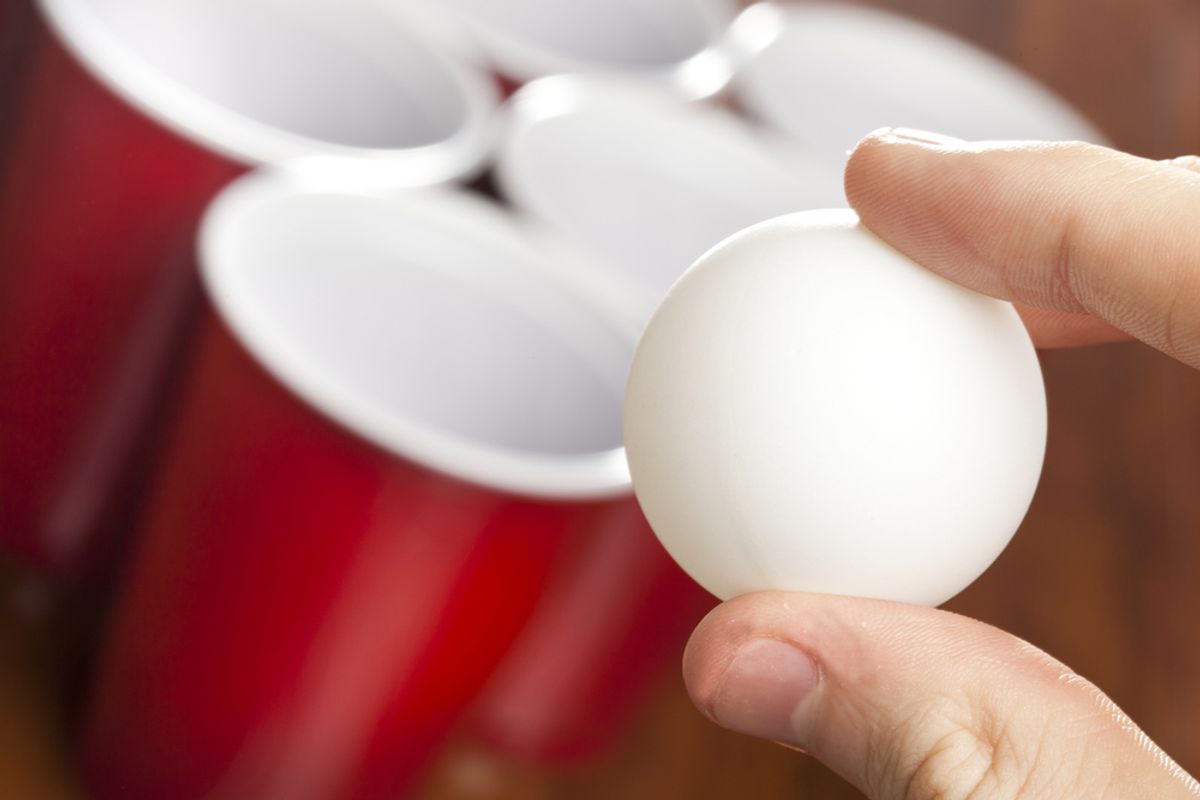 About a week ago, video footage surfaced of members of Sigma Alpha Epsilon gleefully singing a song they had clearly been taught by other members of SAE – who had no doubt been taught it by those who came before them – called “There will never be a n*gger in SAE.” We know that there was likely a proud tradition of SAE members singing this song, because everyone clearly knew the words during the boisterous rendition. Also, for anyone who knows anything about fraternities, the idea that a frat would be engaging in awful behavior – racist, sexist or otherwise, because there are really too many varieties to list here – should come as no surprise. Yes, I’m sure there is at least one frat that is not just plain awful. #NotAllFrats or whatever. But they are mostly just The Worst.

Anyway, after very nearly two centuries of frats behaving terribly in America, this one video seems to have opened the floodgates for recognition of their bad behavior. In the week since the Oklahoma University SAE “scandal”  – if we’re calling video footage of things everyone already knows about a “scandal” – frats have been getting busted left and right on being, to reiterate, actual living nightmares. Here’s a roundup of some of the embarrassing Greek activity over the last few days:

The body of an 18-year-old member of Pi Kappa Alpha fraternity at the University of South Carolina was found in the chapter’s house on March 18. There’s no official cause of death yet,according to local NBC affiliate WISTV, but an autopsy and toxicology test are currently underway. The body was found the morning after neighbors reported the house held a large party, and St. Patrick’s Day decorations were still up in places. USC will not identify the young man before receiving “official confirmation” from the coroner’s office. The frat, in the meantime, has been placed on “administrative suspension.”

2) Another Chapter of the Same Frat Was Just Banned from UConn for Racism, Sexism, Hazing

On March 13, The University of Connecticut revoked recognition from Pi Kappa Alpha for carrying on with business as usual (meaning hazing and partying) while on probation for making racist and sexist remarks against members of a historically black sorority. According to a campus paper, back in September, members of Pi Kappa Alpha (PIKE) fraternity and Alpha Kappa Alpha sorority had a disagreement over which group could write on the school’s “spirit rock.” AKA members say PIKE members retaliated with racist and sexist language. (AKA Graduate Advisor Brittney Yancy says they were called “whores” and that she personally was called a “fat black bitch.”)

The frat was put on probation for the incident, but then threw a party just two days after being sanctioned. And another party a week after that. Just this year at UConn, seven Greek organizations have been officially reprimanded and four have lost recognition, including PIKE. The ban would last until March 19, 2019.

The Kappa Delta Rho chapter at Pennsylvania State University had a special, private Facebook page where members apparently delighted in posting “photos of drug sales, hazing and photos of unsuspecting victims – mostly women – partially naked.” The page was called “2.0” because its first iteration, called “Covert Business Transactions,” was shuttered when a woman whose topless photo appeared on it got it shut down. Police discovered the Facebook page after a former member of the frat tipped them off. Speaking to WJACTV, State College police officer Lt. Keith Robb says of the nude women pictured on the site, “It appears they were passed out or sleeping.”

In the comments on one surreptitiously taken photo of a nude woman, frat members had written disgusting statements including, “i banged her lol.” Another wrote, “Lol delete these or we will be on cnn in a week.” Those subscribed to the page included more than 150 current and alumni members of the frat. On March 16, Penn State suspended the frat and says it is cooperating with an ongoing police investigation, although members will be allowed to keep living in the frat house.

4) Sigma Chi Chapter Suspended at University of Houston for Hazing, or Doing What Frats Do

Amidst an ongoing investigation of hazing charges against Sigma Chi, the University of Houston has suspended the fraternity. University President Renu Khator and other administration officials remain mum about the details around the allegations, but stated that the accusations are "disturbing.” She also indicated that, quote, "the health and safety of our students have come into question." Khator says that expulsion, should the allegations turn out to be true, is not off the table. Five students have also been suspended in connection with the charges.

For the record, Westminster College just suspended its chapter of the same fraternity last week, also for charges of hazing.

Members of Phi Kappa Psi decided to spice up their hazing rituals by involving a Taser. Washington and Lee, located in Virginia, has suspended the fraternity for three years.

"This was a case of clear physical abuse, harmful enough as it was, but under the circumstances potentially even more dangerous,” said Washington and Lee President Kenneth Ruscio. “It was a specific act that occurred in a climate of intimidation that existed throughout the fraternity's new member education program."