Witnesses are set to appear before a grand jury next month 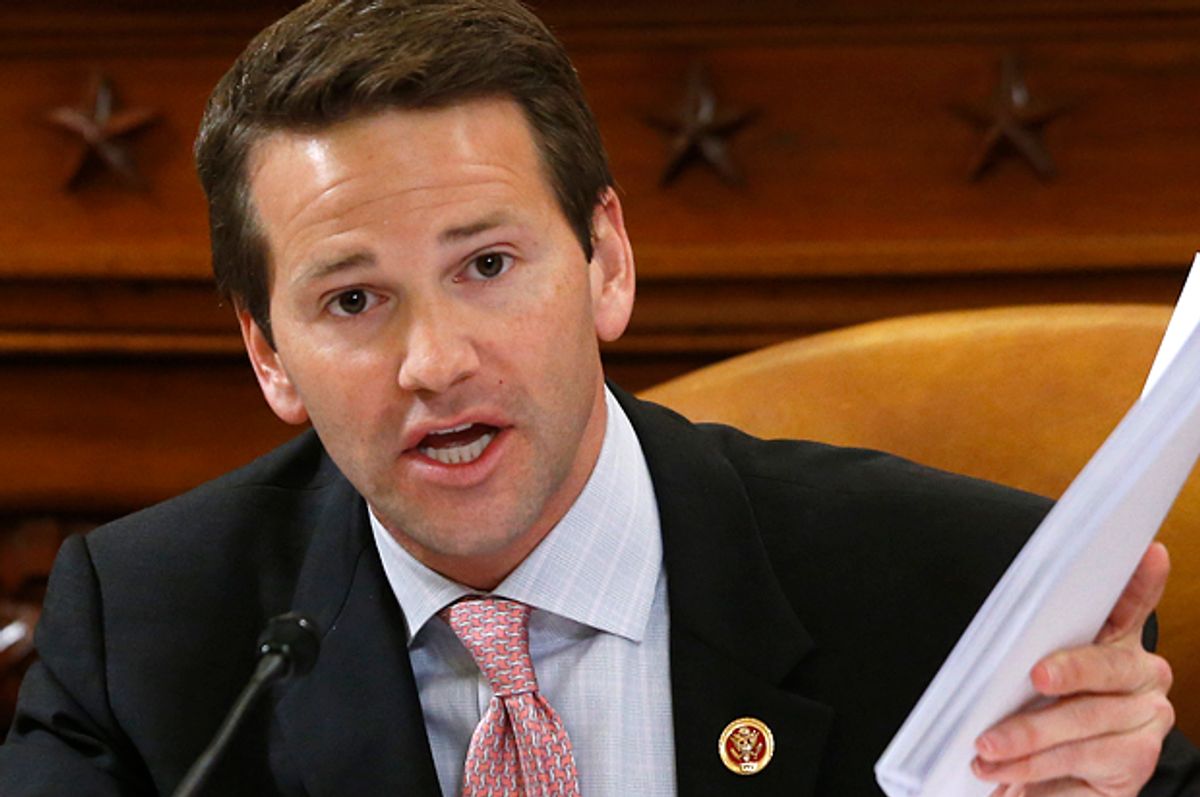 Aaron Schock may be leaving Congress at the end of the month, but his resignation amid mounting evidence of ethical and financial improprieties hardly spells the end of his troubles.

The Chicago Sun-Times' Lynn Sweet reports that federal authorities have begun an investigation of Schock, focusing on the Illinois Republican's business affairs and his alleged misuse of public and campaign funds. Witnesses are set to testify before a grand jury in Springfield next month.

The early stages of the federal inquiry include questions about Schock’s use of chartered planes, taking a large group of staffers to New York — plus outsized mileage claims and the use of campaign funds for meals — subjects touched on by Sun-Times stories.

By stepping down on March 31, Schock will end an Office of Congressional Ethics inquiry and what was likely to be a probe by the House Ethics Committee. It did not automatically shut off inquiries from the Federal Election Commission or the Justice Department.

Schock's once-promising political career began unraveling in early February, after a Washington Post feature on his Downton Abbey-themed office gave way to the revelation that Schock had spent $40,000 in taxpayer funds redecorating the office. The congressman reimbursed the public for the expenses, but Downtongate proved only the tip of the iceberg. A drip-drip-drip of damaging stories concerning Schock's use of campaign and taxpayer funds for private flights and other perks soon followed.

Though Schock had spent the better part of two months defending himself against charges of wrongdoing, his resignation on Tuesday came abruptly. The congressman stepped down hours after Politico asked him why he claimed reimbursements for 170,000 miles on his car, even though the odometer showed it had only been driven 80,000 miles when Schock sold his vehicle last year.