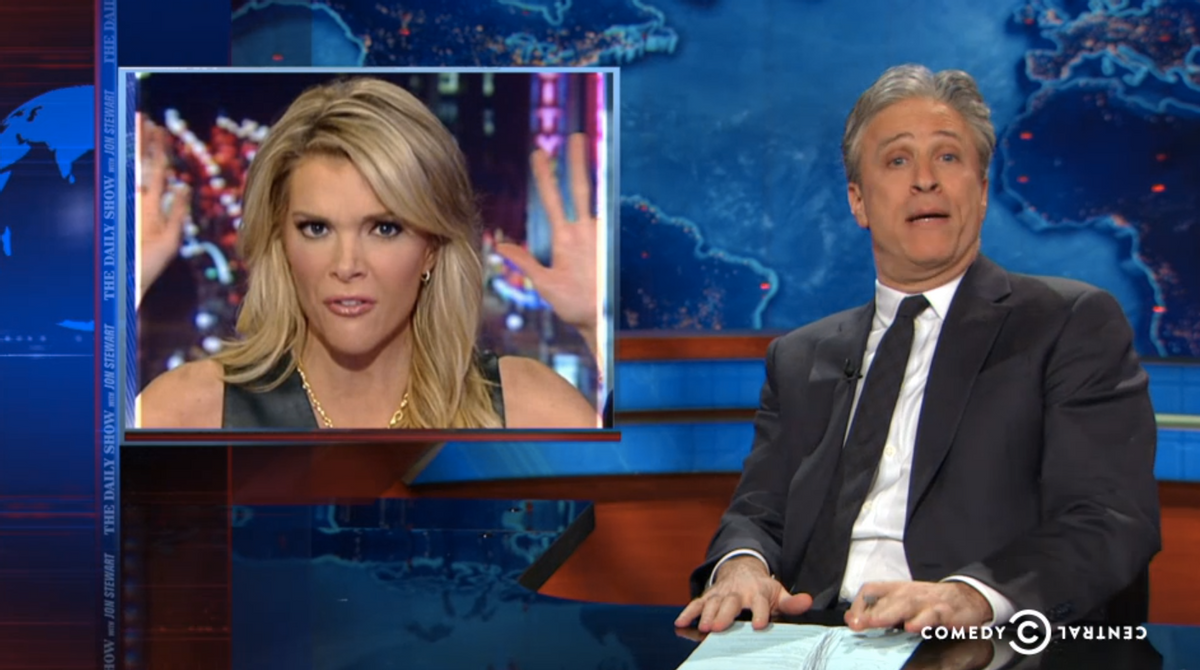 The Fox News team continues to ask for an "apology" from those peddling a false narrative of the Ferguson protests. So, naturally, Jon Stewart threw the argument back in their faces on Thursday night's "The Daily Show" demanding an apology from them, first, for their tasteless coverage of the Benghazi attacks.

"For two years, they used Benghazi as shorthand," Stewart said. "...as a symbol for the whole concept of a corrupt, lying, tyrannical — possibly murderous — Obama White House. Kind of how other people used ‘Hands Up Don’t Shoot’ as a symbol for systemic racism. There’s really only one difference between the two phenomena: systemic racism actually exists.”

Among the montage of clips Stewart showed from Fox News commentators was Megyn Kelly (of course) who referred to "Hands Up Don't Shoot" as a "tsunami of misinformation." Stewart slammed Kelly and the rest of the team for spending the vast majority of their 24-hour news cycle focusing on a report which found no evidence of Michael Brown having his hands up in the air while he was killed by Darren Wilson. And in doing so, decidedly ignoring evidence of the Ferguson Police Department historically targeting the city's black residents.

"The lesson Fox News is getting at is very clear," Stewart said. "Wouldn't it be nice if people who jumped to conclusions and peddled a false, divisive, anger-stoking narrative had to apologize for misleading America?"