M.I.A on her controlling ex Diplo: He "smashed my hotel room and broke all the furniture" 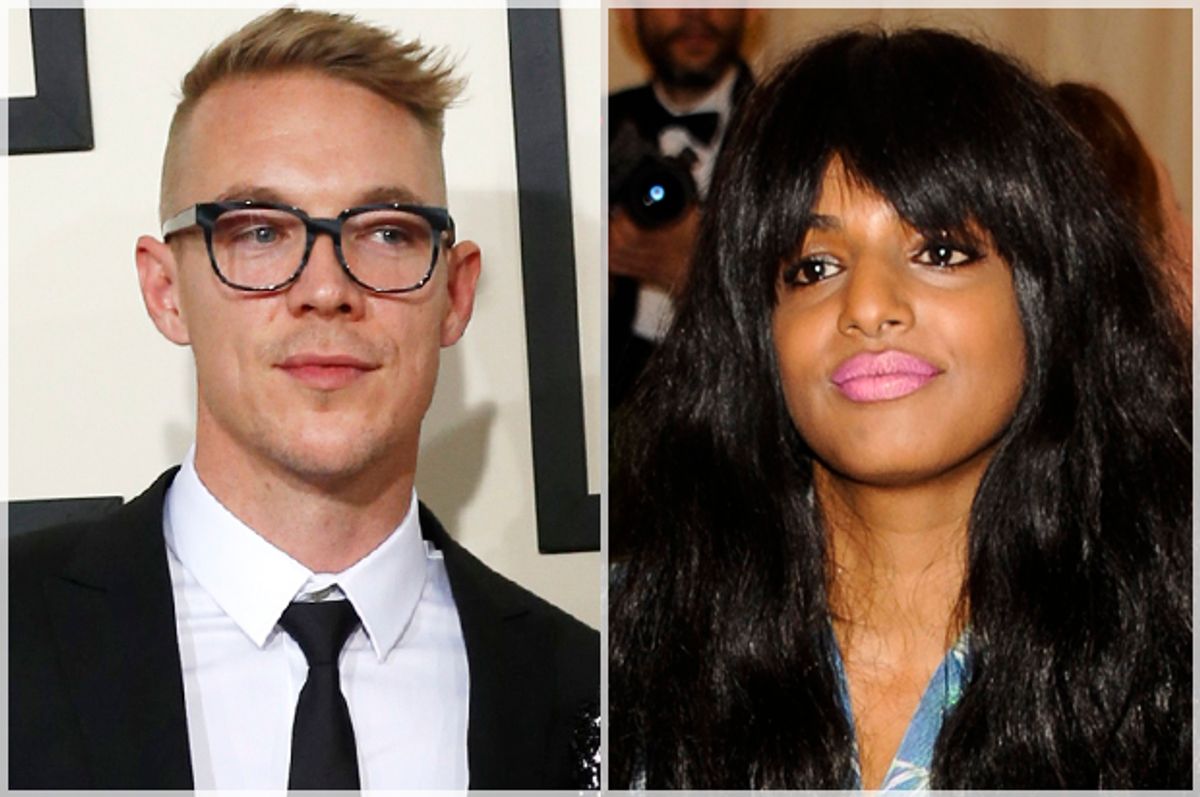 M.I.A -- a.k.a. Maya Arulpragasam -- did an interview with Rolling Stone celebrating the tenth anniversary of her iconic debut album "Arular," and as usual, the controversial singer didn’t hold back. She spoke bluntly about the backlash against her activism on behalf of the Sri Lankan Tamil ("Everybody in the media was calling me a [terrorist]") and had harsh words for Diplo, her former boyfriend and "Paper Planes" collaborator with whom she would go on to clash publicly in interviews and online after the relationship disintegrated (Lynn Hirschberg's infamous "truffle fry" profile of M.I.A in the New York Times is a noteworthy example). Then again, Rollling Stone published an editor’s note noting that pair reconnected a day after the interview occurred and are on good terms, although who knows what kind of terms they will be on now that the piece has actually come out.

In the Q&A, Arulpragasam describes dating Diplo just as her career was beginning to take off in the States, and she paints the picture of a controlling, manipulative partner who resented her success. As she puts it, "he basically just like shat on every good thing that was happening to me.

When I got signed by Interscope, he literally smashed my hotel room and broke all the furniture because he was so angry I got picked up by a major label and it was the corniest thing in the world that could possibly happen. And then Missy Elliott called me for the first time in 2005 to work with me on her record, and I'm sure we had a massive fight about that — the fact that I was talking to anyone who was, like, popular. I wish I enjoyed it because I had this person on my shoulder the whole time saying, "It's shit, it's shit, it's shit. You shouldn't be on the charts. You shouldn't be in the magazines and you should not be going to interviews. You should not be doing collaborations with famous people. You should be an underground artist." So the whole two years I was with him, I just let him dictate. I basically had this man dictate to me how everything in America that I experienced was completely, like, irrelevant and it was nothing.

Naturally, she also managed to work in some potshots at his (now ex) girlfriend Katy Perry, saying: "It's only now when I look back at it in 2015, I can see that he was just jealous and he couldn't wait to be Taylor Swift's best friend and date Katy Perry. But at that time I believed him. I just felt like he was right, and he was something of a political, righteous person with some values."

But her spat with Diplo isn't the only feud that gets lip service in the interview; Arulpragasam also opens up about her controversial beef with Oprah, who supposedly ignored her at a party back in 2009:

"I was like, "Hey, people are gonna fucking die in my country. Like, please pay attention." And she was like, "You're shit because you were rude to Lady Gaga and I'm not talking to you. And I'm gonna interview Tom Cruise jumping on my sofa, so fuck off.” She shut me down. She took that photo of me, but she was just like, "I can't talk to you because you're crazy and you're a terrorist." And I'm like, "I'm not. I'm a Tamil and there are people dying in my country and you have to like look at it because you're fucking Oprah and every American told me you're going to save the world.