Tracy Morgan not "emotionally ready yet" to watch "SNL 40" tribute 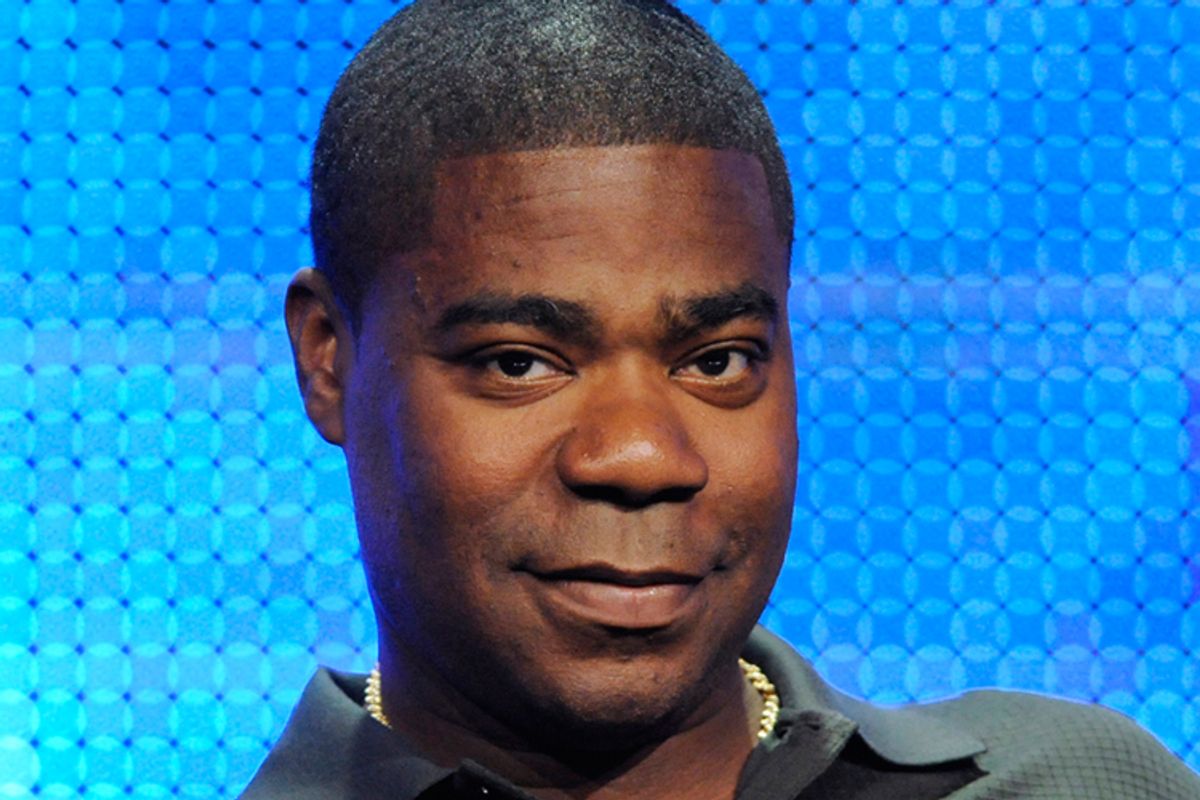 According to the AP, Tracy Morgan’s lawyer Benedict Morelli says the "SNL" and "30 Rock" alum is not emotionally ready yet to watch the tribute that was dedicated to him at last month’s "SNL 40", but that Morgan was “incredibly moved” by the gesture. During the ceremony, Morgan’s “30 Rock” costars Alec Baldwin and Tina Fey honored Morgan, with Fey saying "I wish my friend Tracy Morgan was here tonight, and I know that he was hoping that he would be well enough to be here too."

Morgan is still recovering from serious injuries obtained last June after a Walmart truck slammed into his limo van on the New Jersey Turnpike. Fellow comic, James McNair, was killed in the crash, while the other passengers were also badly injured.

"Tracy is working very hard to get better, physically, emotionally and mentally," Morelli said on Friday. "Because in all three areas he still has a struggle on his hands."

Today it was also announced that a $10 million settlement will be awarded to the children of James McNair by Walmart. Morgan and two other crash victims have also sued Walmart for negligence; the lawsuit is ongoing.