Fined for shaming a breast-feeding mom

A new São Paulo law protects mothers nursing in public. Now if only the rest of the planet would follow suit 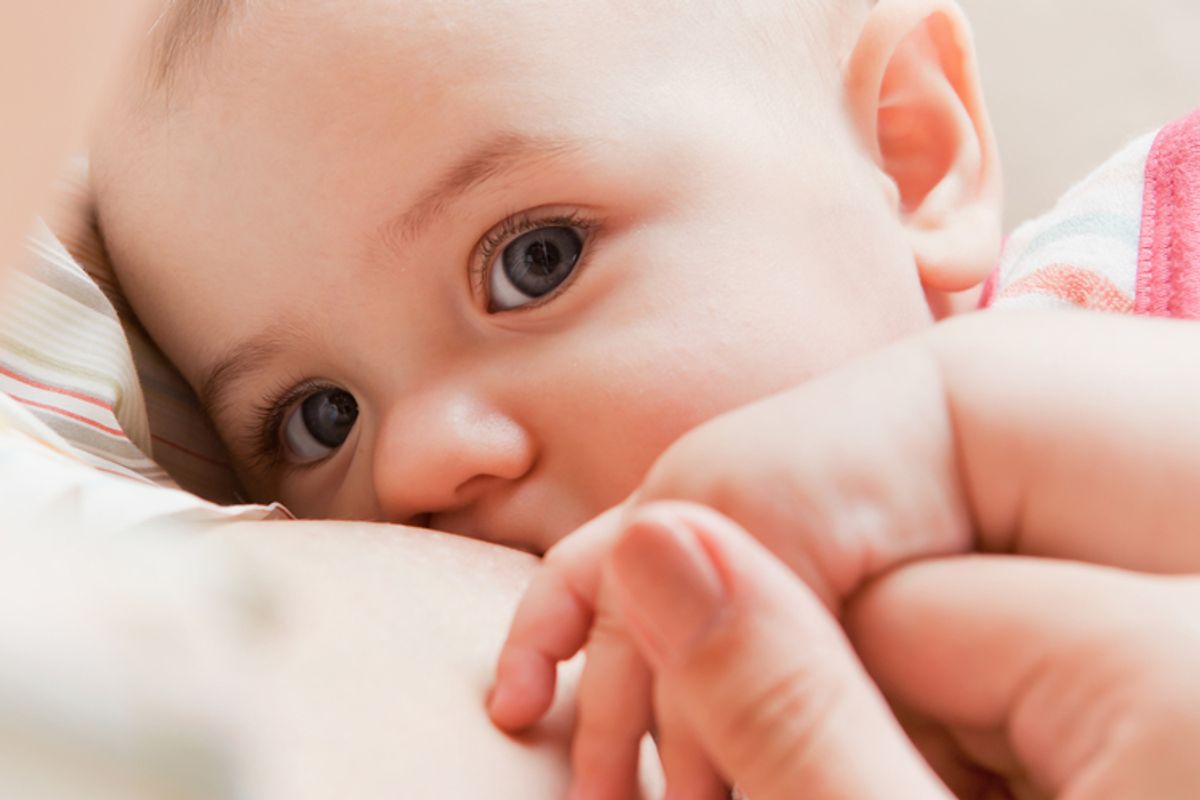 If you're shocked by the sight of a woman breastfeeding — it might be time to get over it.

The World Health Organization says breast milk is the “best source of nourishment” for a young child, and health authorities across the planet recommend mothers nurse their babies for at least the first six months of life to protect them against infectious diseases and optimize their development.

Breastfed babies not only have better chances of survival, they are also more successful in life. A long-term study released this week showed babies that were breastfed on average went on to have higher IQs, more years of education and higher incomes than those who weren't.

Yet despite the overwhelming evidence that breastfeeding provides babies with the best start in life, many people feel squeamish, even revolted, at the sight of a woman nursing her offspring.

Discrimination against lactating women has become so bad in the Brazilian city of Sao Paulo that authorities have approved a law that prohibits organizations — both public and private — from stopping a woman from breastfeeding in public. Under the legislation, which is expected to be signed off by the mayor in coming weeks, violators could be fined the equivalent of around $150.

But even in countries where the rights of women to nurse their babies in public are already enshrined in law, there have been countless incidents where breastfeeding women have been told to cover up or move along when they tried to feed their hungry infants.

In November, Babies 'R' Us in Canada — yep, a store that makes its money from selling baby stuff — was forced to apologize to the mother of a 10-month-old after an employee told the woman she wasn’t allowed to breastfeed her son outside the nursing room even though it was occupied, and stank of feces.

A mother in Britain was also left feeling "shocked and appalled" in December after the upscale Claridge’s Hotel in London told her to cover herself with a napkin while she breastfed her infant. Mothers protested against the incident by breastfeeding en masse outside the five-star hotel.

And earlier this year a woman in Australia claims she was asked to leave a restaurant after she sat at a table to nurse her six-month-old baby.

Even though these incidents seem to pop up around the world, there's still a fight to convince mothers to breastfeed their newborns.

According to the World Health Organization, fewer than 40 percent of babies under six months of age are exclusively breastfed.

“If every child was breastfed within an hour of birth, given only breast milk for their first six months of life, and continued breastfeeding up to the age of two years, about 800 000 child lives would be saved every year,” the WHO said.

So serious is the problem that encouraging more mothers to breastfeed their babies has become an important part of public policy in countries from Mexico to New Zealand.

But to get more women breastfeeding, the intolerance has to stop.

"It is shaming women from breastfeeding their children, and you should never shame anyone on how they choose to feed their child," Sabrina Wierzchowski, a mother of two in Springfield, Massachusetts, told MassLive.