5 interesting findings about dating around the world

What are the best and worst cities for love? What accent do we find most attractive? A new study has the answers 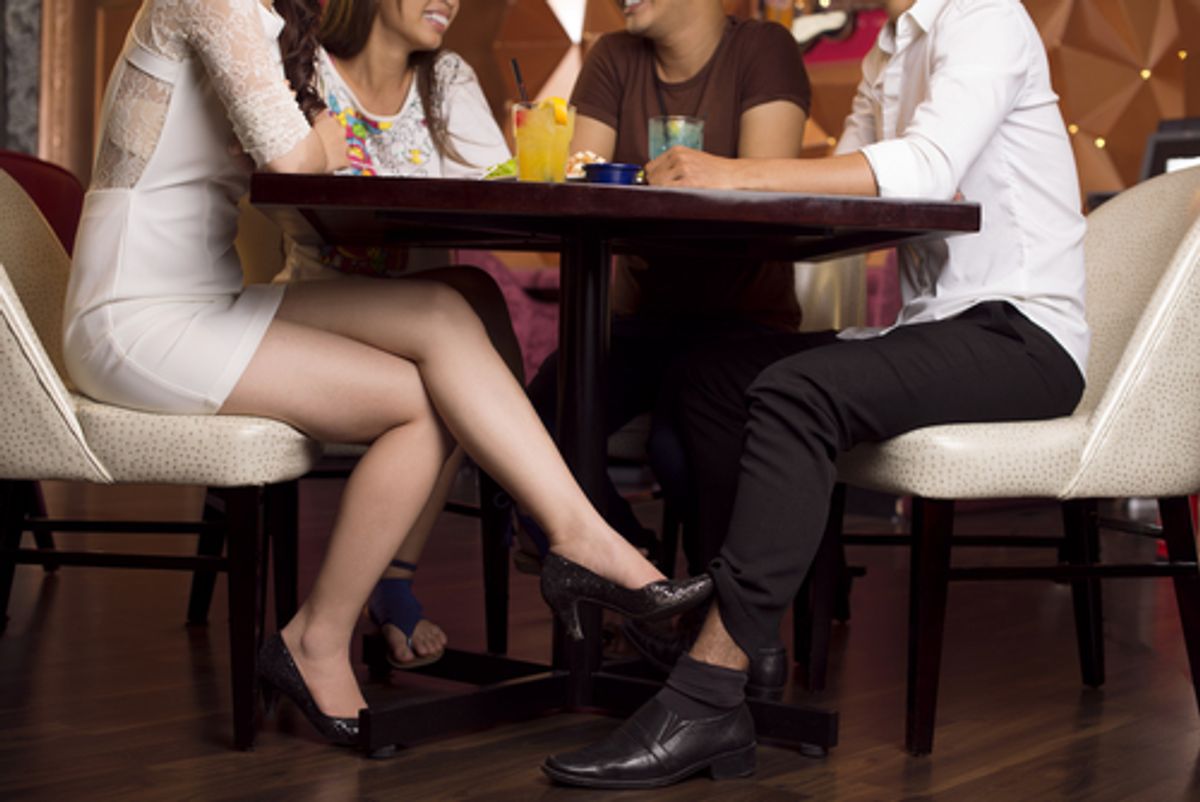 Looking for love? Already in a committed relationship? Interested in cultural anthropology? If you answered yes to any of these questions, check out Time Out’s global dating survey, which polled some 11,373 readers from across the globe about their dating habits. They analyze the data from the 12 cities that generated the greatest volume of responses: London, New York, Paris, Chicago, Beijing, Melbourne, Tokyo, Kuala Lumpur, Singapore, Sydney, Los Angeles and Hong Kong.

The methodology is far from rigorous (little information is included about it), but the survey provides plenty of interesting food for thought. Here are five of the juiciest takeaways.

1. Best and Worst Cities for Dating

Apparently the cliché is true: Paris really is the city of love. According to the proportion of Parisian singles who participated and their attitude toward their city’s dating scene, the French capital is the best city in which to date.

The least happy daters, on the other hand, live in New York City. Forty-five percent of NYC respondents reported that they were “sad to be single,” a much higher percentage than any other city. A 2014 Wall Street Journal-Facebookpoll supports the finding that New York is a difficult place to meet people. Out of 50 U.S. cities, it was ranked the third least likely place to find a partner, just behind San Francisco and Washington D.C. According to Justin Garcia, a gender studies professor at Indiana University who is quoted in the WSJ article, choice doesn’t always benefit people looking for relationships. “Sometimes when you’re in a big city and there are thousands and thousands of people you might find attractive, it becomes so overwhelming that you don’t engage in the dating culture at all,” Garcia said.

2. When It Comes to Deciding on a Second Date, We’re All Fickle

First impressions matter, of course, but it seems we’re stunningly quick to decide whether potential partners are up to snuff. Forty-one percent of respondents worldwide say they decide whether they want to go on a second date with someone only two to three minutes into their first date. The most frequently cited dating dealbreakers include bad breath, bad politics and poor resemblance to your profile picture.

3. British Accents Make Us Weak In the Knees

When asked what accent is hotter than their own, respondents overwhelmingly chose "British." Some Brits have quibbled over this rather broad definition, which ignores the fact that there are many, many different kinds of British accents, but the numbers are all we’ve got to go on. Twenty-seven percent of people surveyed found British accents to be most attractive, with “American” (an equally broad term) coming in a distant second with 8.7 percent of the vote.

4. How We Meet People Depends on What We’re Looking For

People had quite divergent responses about the best way to meet someone. If they were going for sheer numbers, they chose dating apps or websites. Sixty percent of worldwide daters said those options gave them the most number of dates. If, on the other hand, they were looking for meaningful connections, they were introduced to people through their friends. Sixty-two percent of respondents said they had the most enjoyable, fulfilling dates with people they met through friends and acquaintances.

5. There’s No One Way to End a First Date

Luckily for the world’s single people, the most likely outcome of a first date is a kiss. But there are many ways to wrap up an evening, some more disheartening than others. The survey asked respondents for percentage scores for what tends to happen at the end of the first date, given these options:

A 2013 Business Insider poll, which surveyed 1,660 people about their dating lives, also found that half of people will go in for a goodnight kiss on the first date. So the odds are (barely) in your favor!