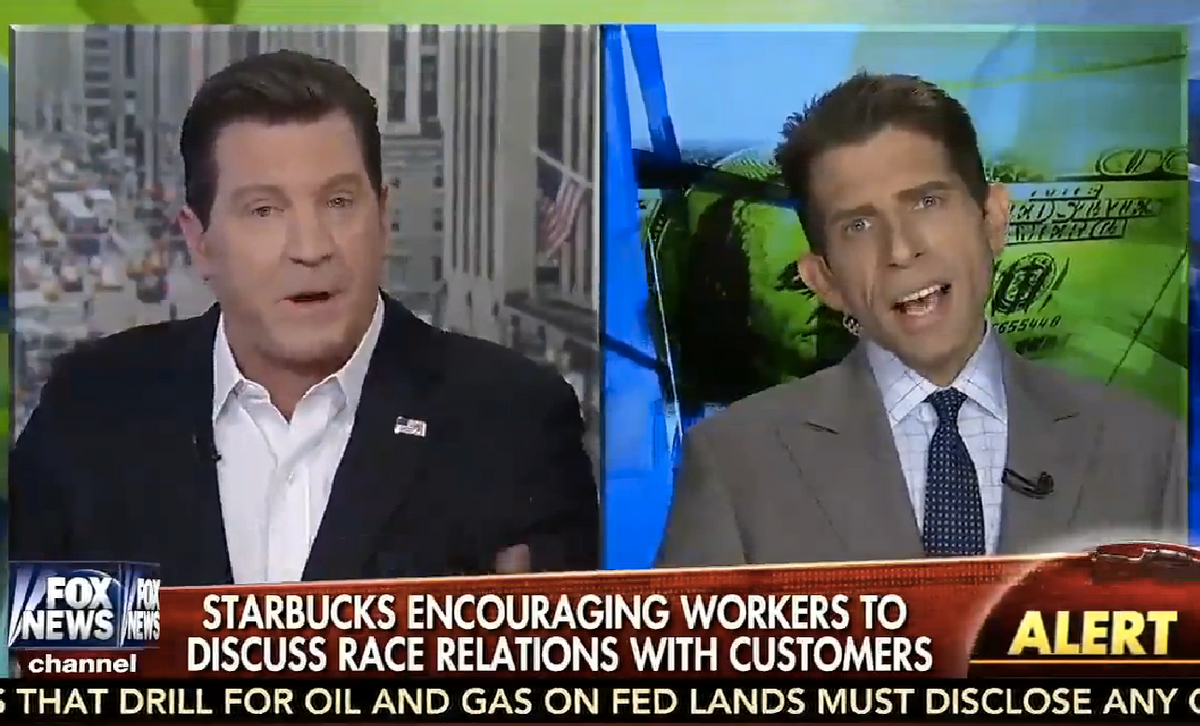 1. Disgraced former cop Mark Fuhrman is okay with women being threatened on-line because it's a mad mad month.

Most famous for being a racist, lying LAPD detective, Mark Fuhrman wants you to know that he can be a complete asswipe on other topics as well.  Having parlayed his infamy into a Fox News contributor gig, Fuhrman chatted about March Madness with Andrea Tantaros this week. March Madness, in Fuhrman’s view, means open season on women like Ashley Judd, who tweeted about a game and was promptly threatened with rape and death. “When I express a stout opinion during March Madness I am called a whore, c—, threatened with sexual violence,” Judd wrote on Twitter. “Not okay.”

No, Fuhrman reassured her. It is okay. “During basketball, during March Madness, if you don’t want to play then shut up," he said. "This is March Madness.”

Even Tantaros, who has a proud and well-documented history of utter contempt for anything vaguely feminist, or sympathetic in any way towards women when it comes to rape was taken aback.

“So, you can threaten a woman with physical and sexual violence?” she asked.

Fuhrman then admitted he didn’t know the details of Judd’s case, but he still questioned why she was kind of asking for it by being on her device while she was supposed to be watching the game.

2. Glenn Beck is just so “done” with the Republican Party

No, they really are not good. They are very, very un-good.

His reasoning was a little off. It seems he’s mad at the GOP for not being conservative enough.  The extreme rightward drift of  the “party of Lincoln” is simply not good enough for Beck.  In his usual barely coherent style, he explained:

Good bye, cruel party! You won’t have Glenn beck to kick around any more. Don’t call until you’ve killed Obamacare, and every last vestige of humanity!

Starbucks’ recent attempt to address America’s race problem with a hashtag and a latte has been widely and justifiablymocked, but a Fox guest bizarrely called it racist to even think people should discuss race.

An unapologetic real-life Gordon Gekko, Jonathan Hoenig, head of Capitalist Pig hedge fund and author of the book Greed is Good: The Capitalist Pig Guide to Investing told his Faux News pal Eric Bolling that Starbucks’#RaceTogether campaign is a terrible idea because “(t)here’s no discussion needed on race in this country.” Not only is it not needed, it pisses him off. “I resent this whole idea that America is this racist country.”

As if anyone cares.

The avowed (white) Ayn Rand worshipper also took the opportunity to lecture people of color. “Stop identifying by your race,” he said, concluding that, “the ones who want the discussion, in my opinion, are the racists.”

Seems like someone needs a little less caffeine in his latte.

4. Howard Kurtz: So, the cops brutalized an innocent black UVA student. No biggie.

According to Fox New media critic Howard Kurtz, the arrest and bloodying of University of Virginia student Martese Johnson is no big deal because it happens all the time. Wait, arrests of African-American honor students on false accusations of having fake IDs and being drunk that result in head wounds and lasting trauma happen all the time? Isn’t that a big deal, Howard? Kurtz, of course, denied that race had anything to do with the incident because a couple of bartenders he spoke to shrugged it off and said it happens all the time.

UVA officials also had a rather different take from the . In a statement they said:

"This African American male student was injured on the Corner, after being stopped by Virginia Department of Alcohol Beverage Control (ABC) officers. His head was slammed into the hard pavement with excessive force. The student required medical evaluation and treatment at the UVa Hospital Emergency Department. This was wrong and should not have occurred. In the many years of our medical, professional and leadership roles at the University, we view the nature of this assault as highly unusual and appalling based on the information we have received."

So, this so-called journalist Kurtz discovered a pattern of brutal, bloody arrests of African-American and other students for no reason. Sounds like Kurtz might have stumbled on a rather big story. Not that he’d recognize it.

Laura Ingraham, along with the rest of the xenophobic, Islamaphobic right-wing media was apoplectic upon hearing that some students, who are learning foreign languages, were allowed to say the Pledge of Allegiance in Arabic at their school in New York. This cannot stand! First of all, why are students learning foreigh languages in American schools? And are we just going to let anyone pledge allegiance to our flag? The horror!

On the March 20 edition of her radio program, Laura Ingraham said, "What if the skinheads want to do the Pledge of Allegiance? Are we going to do that too?"

Yeah guys, are we? And, by the way, how is that in any way similar?

Anyway, the point is, someone has to police all this pledging.

Then Ingraham uttered her stock English phrase. "Most people who love this country love it enough to speak the language [English]."

6. Rep. Steve King lectures Jewish people on how to be better Jews.

Commandment number one for Jewish people from Iowa wing-nut Steve King: Don’t be a Democrat. For that is an abomination. Actually, the rabid Tea Partying Congressman put it in even more offensive terms, criticizing "Jews in America" who side with President Obama on anything as "Democrats first and Jewish second."

King is still burned up about the 50 or so Democrats in Congress who boycotted Benjamin Netanyahu’s speech to Congress, which was an insult to the President, and offensive to many.

To be an Obama-loving liberal is to be anti-Semitic in King’s eyes. And to disagree with Steve King or his pal Benjamin Netanyahu is also to be anti-Semitic. Because Steve King knows what is good for the Jews. And it sure isn’t a diplomatic solution to a nuclear Iran. For that is an abomination.

7. Donald Trump is just wondering if he can become a bigger parody of himself.

The Donald has a brilliant solution to the whole entitlement problem. Make everybody rich! Wow, why didn’t, basically everyone, think of that?

As he delusionally imagines himself running for king, errr, president yet again, Trump shared a few brilliant insights with a lucky New Hampshire crowd.

And, not wanting to tell the audience that he might favor cuts to Social Security and Medicaid, the Donald simply (simplistically?) said, “I would make this country so rich that you wouldn’t have to cut it!” Oh, yay! Then we can all buy a Congress, like other billionaires. Maybe a Trump-style, gold-plated one!