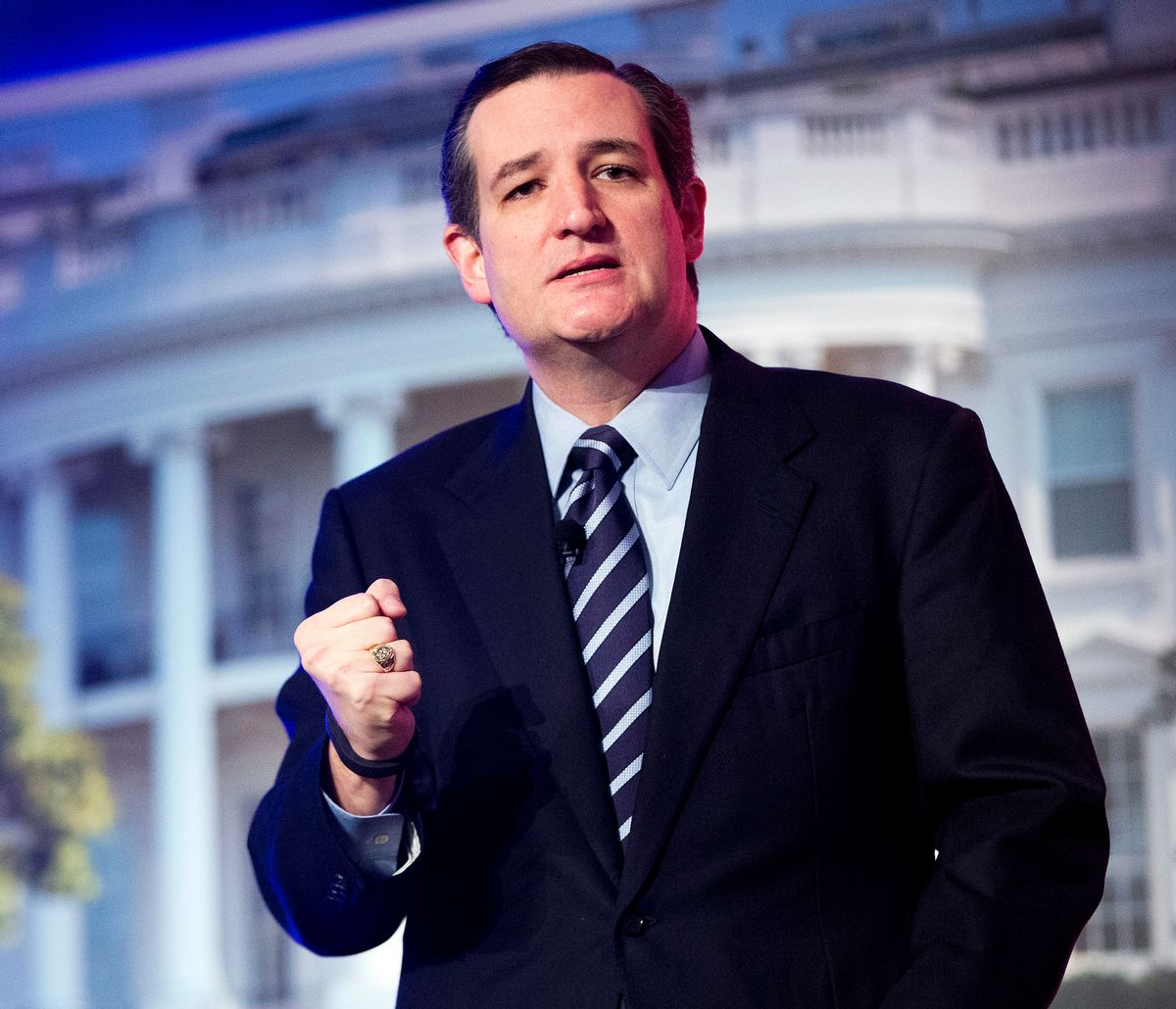 Texas Sen. Ted Cruz, the first major candidate to officially declare his intent to run for president is entirely unsuited for the position, said California Gov. Jerry Brown, because he continues to deny the existence of man-made climate change.

Not just denies: "That man betokens such a level of ignorance and a direct falsification of scientific data," Brown said Sunday during an appearance on Meet the Press. "It’s shocking and I think that man has rendered himself absolutely unfit to be running for office."

Cruz has a long history of betokening ignorance of the scientific consensus on climate change -- in an interview last year with CNN, he called on every debunked climate denier argument, from the so-called global warming "pause" to the claim that, in the 1970s, the big worry was "global cooling," concluding that the "data [on climate change] are not supporting what the advocates are arguing." As the new chair of the Senate Commerce Subcommittee on Space, which oversees NASA, Cruz accused the agency of neglecting outer space in its commitment to studying Earth's climate.

(NASA Administrator Charles Bolden shot back: “It is absolutely critical that we understand Earth environment because this is the only place that we have to live.”)

But Brown's comments specifically refer to Cruz's appearance, last week, on Late Night with Seth Meyers, during which the senator sat back and spewed off a whole stream of nonsense:

His claims, from the idea that the presence of snow and ice somehow disproves the theory of global warming to, again, the global warming "pause," are all easily debunked.

The 2016 elections are coming at a critical time, as the world squares with the realization that the effects of climate change are already being felt throughout the world, and drastic action is needed, as soon as possible, to lessen our odds of experiencing “severe, pervasive and irreversible” consequences in the near future. Cruz's dismissal of the scientific evidence may fly in Texas, but some are predicting that displays of such willful ignorance, coupled with implicit opposition to climate action, will make it difficult for candidates like him to make it on the national stage.

Not that Democrats are the only ones banking on climate change as a key election issue: the Koch brothers' plan to spend upwards of $1 billion in 2016 all but ensures that candidates who promise to roll back climate-friendly programs will receive solid support.

Check out Brown's full comments below: