Is college now just a course in "self-infantilization"? 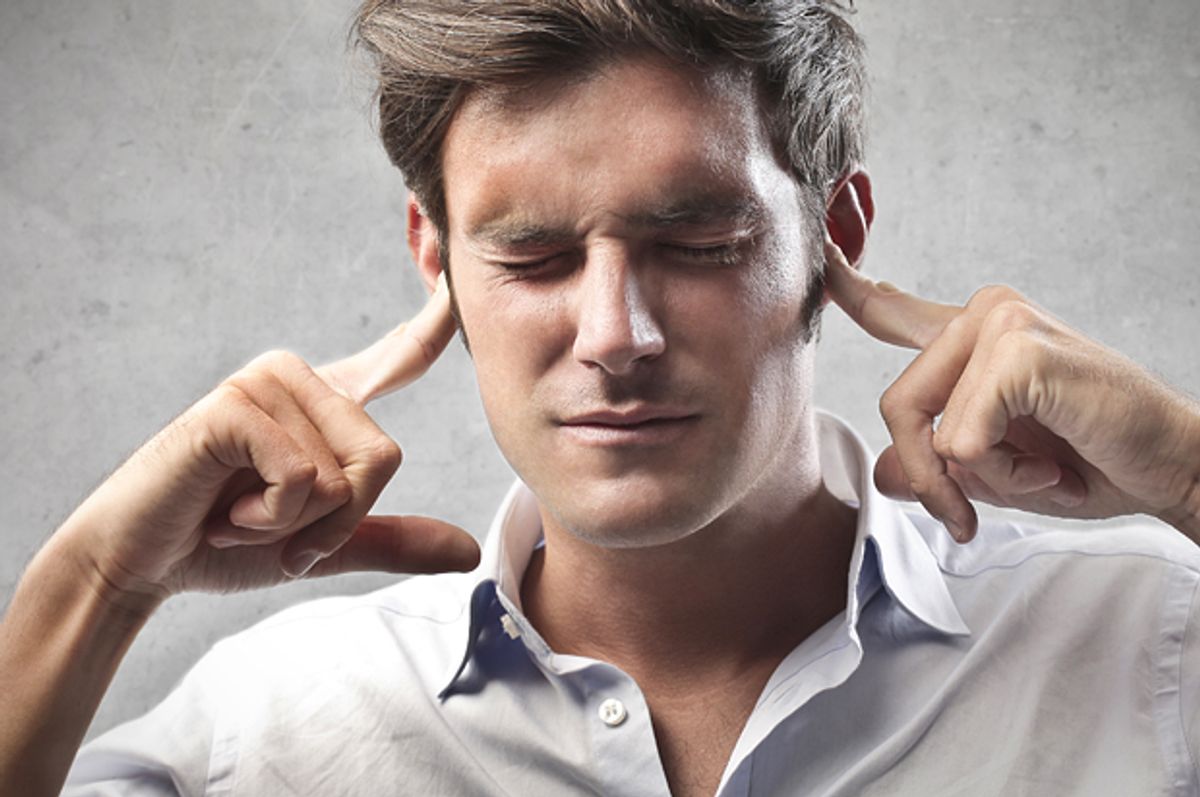 Over the past few years, there's been a powerful movement to bring to light how potentially dangerous the college experience can be for many students. But have we swung so far we now need to fret about how safe it's become?

In a provocatively titled Times Op-Ed this weekend, author Judith Shulevitz makes the case that young adults now are "In College and Hiding From Scary Ideas," thanks to a rise in trigger warnings and safe spaces. Her timing couldn't be more apt. There was the headline grabbing story last week of Jeremiah True, a Reed College student who claimed he'd been barred from participating in a class discussion for his controversial views on sexual assault statistics. And earlier this month, there was the shuttering of an Oklahoma University fraternity after a video of its members chanting racist slurs emerged – and the subsequent questions over whether the college had been too extreme in its punishment.

Shulevitz notes other recent campus controversies, including a debate over rape culture last fall at Brown that led students who feared it would be "troubling" or "triggering" to create a "safe space" featuring "coloring books, bubbles, Play-Doh, calming music, pillows, blankets and a video of frolicking puppies, as well as students and staff members trained to deal with trauma." And she mentions how Smith president Kathleen McCartney apologized a few months ago for what happened when, during an alumnae event, writer Wendy Kaminer "had been arguing against the use of the euphemism 'the n-word' when teaching American history or 'The Adventures of Huckleberry Finn.'"

As she writes, "As long as all parties consent to such restrictions, these little islands of self-restraint seem like a perfectly fine idea. But the notion that ticklish conversations must be scrubbed clean of controversy has a way of leaking out and spreading. Once you designate some spaces as safe, you imply that the rest are unsafe. It follows that they should be made safer." And she adds, "People ought to go to college to sharpen their wits and broaden their field of vision. Shield them from unfamiliar ideas, and they’ll never learn the discipline of seeing the world as other people see it…. What will they do when they hear opinions they’ve learned to shrink from? If they want to change the world, how will they learn to persuade people to join them?"

Debates over what constitutes the free flow of ideas and what is instead a hostile campus environment have raged throughout generations of college students. Protesting -- over invited speakers, over outdated and offensive behavior -- is practically a higher education tradition. But Shulevitz argues that what's taking place at universities right now is different from the intellectual thrashing of ideas of days past. She points to an increasing culture of "self-infantilization," fueled by a student body of kids who've been insulated from dissent and conflict, and faculty and staff who are pressured by "the quasi-medicalized terminology of trauma."

Taken at her word, Shulevitz makes a firm case against the educational echo chamber of soft, easy ideology. And it's not just college students who are susceptible to the "La la la I can't hear you" school of thought either – just spend a few minutes watching a cable news network. But what Shulevitz seems detached from is the fact that there's sometimes more going on than mere oversensitivity. We are still very much working within an academic environment rife with racism, sexism and homophobia. We are sending students off to college when the opportunities for bullying and abuse are in many ways more insidious and grotesque than ever. We are only just beginning to bring to light the ways many universities have, for years, not protected victims of sexual assault. We are also, very thankfully, making huge strides toward inclusion for a greater variety of individuals within the college experience. And I can't help noticing how swiftly the threat of the p.c. police arises whenever there's a movement toward accommodation of previously disenfranchised groups, and how vastly overestimated that threat almost always seems to be.

Like Shulevitz, I am concerned when challenging but respectful conversation is avoided for fear of someone's feelings being "triggered." Like her, I don't want schools catering to their most intellectually fragile students. I want all of us, on a regular basis, to get outside our rhetorical comfort zones and to remember that we have a right to not be abused but that we don't have a right to not be offended. But I also believe that we are at the dawn of what may yet prove a breakthrough era in education, one in which more traditionally uncounted voices are ultimately heard and considered. And I want to believe the Times commenter who counters Shulevitz with the assertion that "The students of today are just as academically-minded as in the past; they are just more sensitive to the needs of the less privileged."