Is it really that hard to understand, though? 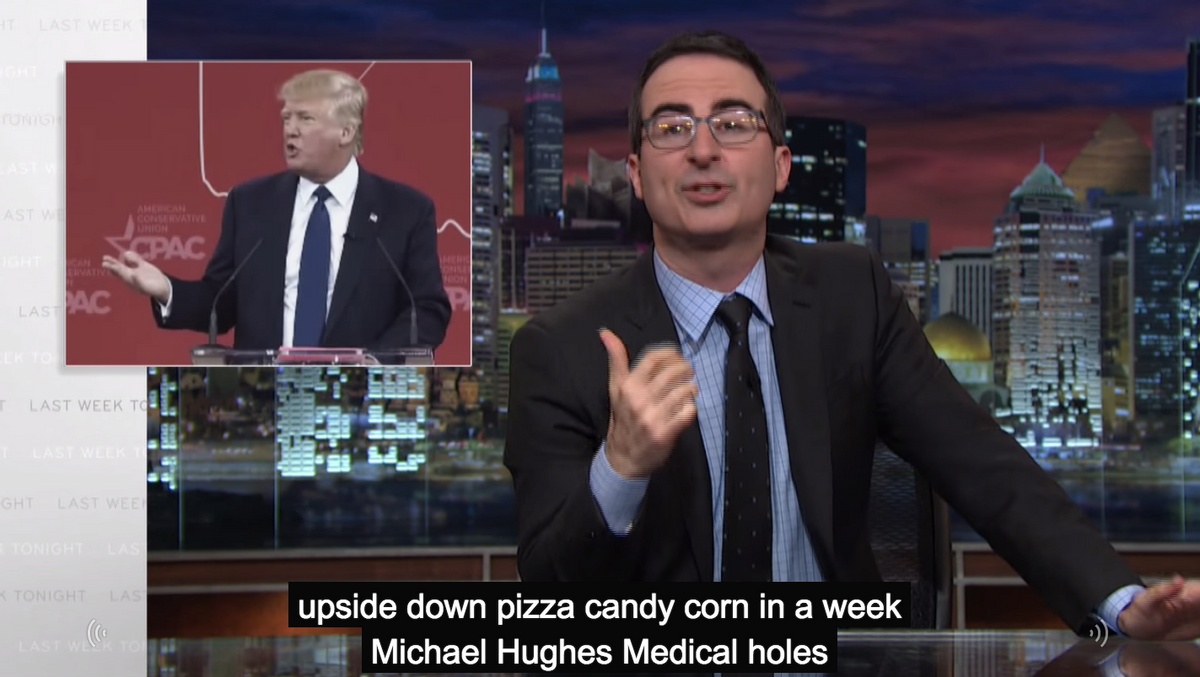 Do you long for the days when dadaesque social media experiment horse_ebooks would transform garbled bits of gibberish into poetry? Well, then just turn on the captions next time you watch a John Oliver clip on YouTube.

Perhaps it's the late night host's crisp Midlands accent that's throwing YouTube for a loop -- but something is getting terribly lost in translation.

Prior to launching HBO's "Last Week Tonight," Oliver was asked in a 2013 Fresh Air interview about his accent. Of it, he said: "I think my accent became a persona in and of itself, in its - I think deep down, Americans still can't help but respect the British accents. I think it's something latent in your history, in our history. You still can't help but respect the authority of this voice."

Well. Have a look for yourself here, but it would seem that YouTube is seriously undermining that authority. What he actually said: "...feeding meth to an alligator, feeding an alligator to a meth dealer" (7:42/Municipal Violations) What he actually said: "That's the kind of unsettling fact that deep down you probably knew"  (1:00/U.S. Territories) What he actually said: "Just to be clear, that is an Afghanistan war veteran moving an audience to cheers." (11:45/U.S. Territories) Correct captioning: "That upside-down piece of candy corn in a wig made of used medical drawers" (10:29/Infrastructure) Correct captioning: "I thought it was worth mentioning because it feels like something he'd be..." (14:51/NCAA) Correct captioning: "On this scale, you can guess which. You're wrong -- it's Bolivia!" (1:45/Elected Judges) Correct captioning: "Just throw a robe on a pelican and tape a gavel to its wing" (2:46/Elected Judges)