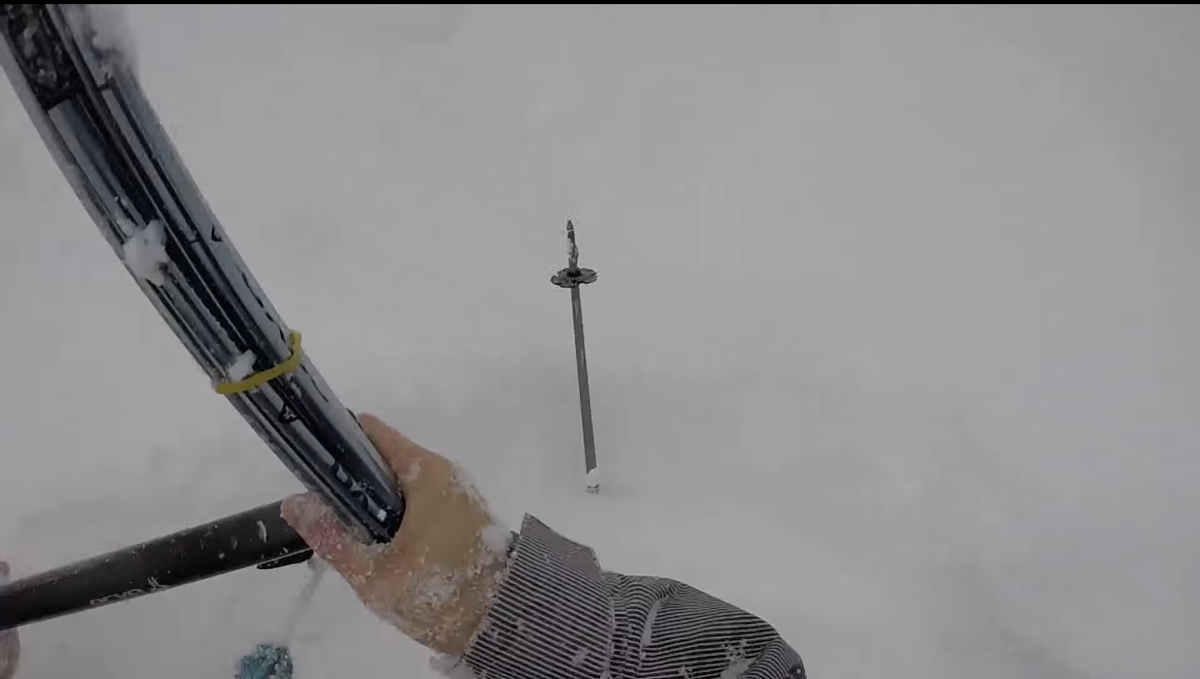 20-year-old James Mort was skiing at Les Crosets, a ski resort on the border of Switzerland and France, when he was buried alive by an avalanche and rescued by his friends shortly thereafter. Amazingly, Mort survived the disaster and the whole thing was captured on camera.

In a Tumblr post, Mort recounted the day (January 30 of this year) in vivd detail. "I looked up just in time to watch the avalanche envelope me," he wrote. "The last thing I managed to do before I was completely buried was to reach as high as I could above the snow with my left arm and ski pole. This may have ultimately saved my life."

"As the snow piled higher and higher," he continued, "it became darker and darker until I was surrounded by an eerie black silence, broken only by the sound of my slow breathing and racing heartbeat. 'Okay,' I thought to myself; 'You're dead.'"

Ultimately, Mort was able to get his left ski pole to break through the surface of the snow, enabling his friends to locate him. Daniel O'Sullivan was the one to spot him.

"It was an out-of-body experience," O'Sullivan said in an interview with the Daily Telegraph. "I needed to calm down because if I freaked out it wasn't going to end well."

Two ski patrollers eventually arrived and helped rescue Mort, who has decided to share his story in the hopes of educating skiers about safety.

"Always carry a transceiver, probe and shovel," he wrote in the Tumblr post, "and most importantly get educated. Speak to your local avalanche authority and to ski patrol if you plan to go off piste and complete an avalanche awareness course. It may just save a life."