You can't ban douchebaggery: Kill the frats, sure, but you can't stop entitled white bros 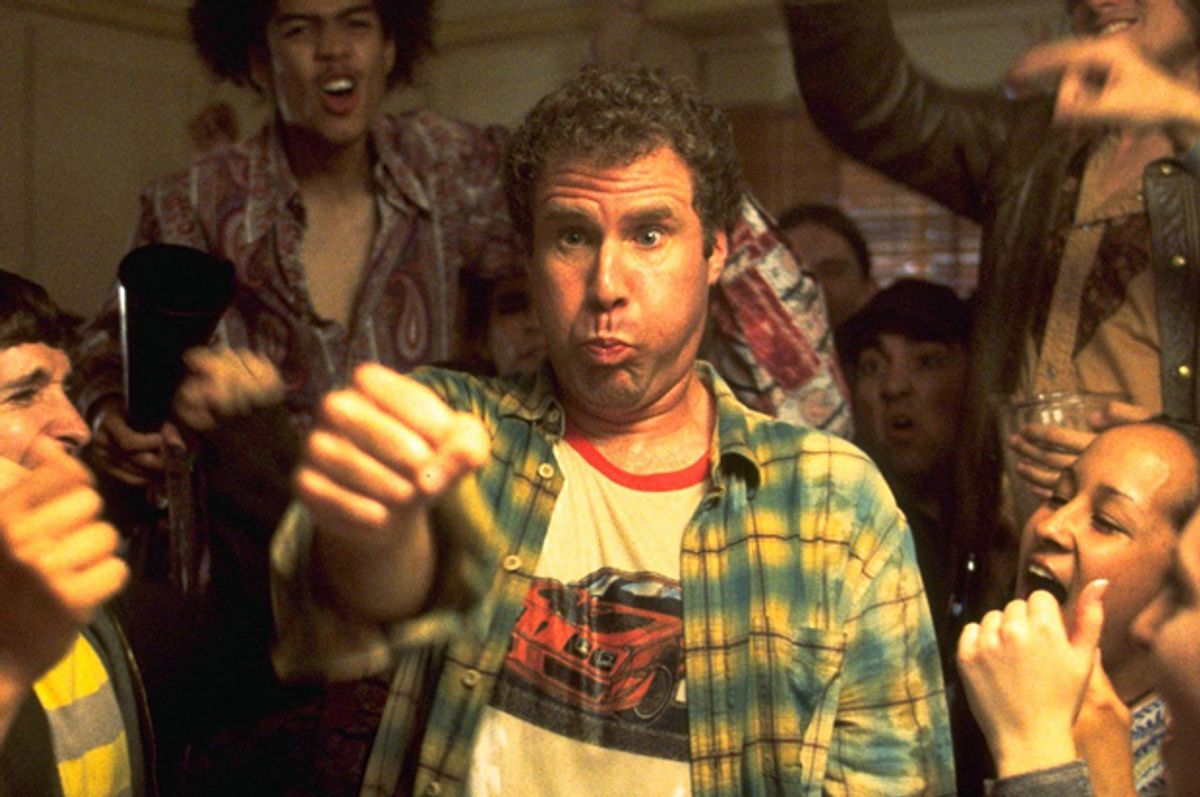 It was discovered last week that the North Carolina State University chapter of Pi Kappa Phi reportedly documented its members’ many racist and misogynistic comments in a cute little notebook. (Rejoice, for the written word is not dead among millennials!)

A brief selection of the comments attributed to the frat:

"It will be short and painful, just like when I rape you."
"If she's hot enough, she doesn't need a pulse."
"That tree is so perfect for lynching."

As for the trouble with the rest of the school’s Greek system, NBC News offered a brief roundup:

North Carolina State University banned alcohol at most fraternity events Friday after the Pi Kappa Phi discovery and another fraternity, Alpha Tau Omega, was suspended for drug and sexual assault allegations. Three other fraternities are suspended from the school for various violations, three more have lost recognition from the school for repeated offenses and two are under disciplinary sanctions, according to North Carolina State's Department of Greek Life.

The Pi Kappa Phi incident comes fast on the heels of the revelation that members of the Penn State chapter of Kappa Delta Rho traded photos of nude, unconscious women like baseball cards. Which of course hit the news right after the Oklahoma University chapter of Sigma Alpha Epsilon was busted singing about lynching. The frats-are-odious-and-often-dangerous beat has been a thing for decades.

But calls for the end of frats are increasingly coming from unexpected places. Will Ferrell (a Delta Tau Delta alum and the star of frat send-up/love letter “Old School”) called the Sigma Alpha Epsilon video "a real argument for getting rid of the system altogether." Last week, Bill Maher said they were “cults.” Editorials calling for the end of frats have even been printed in the Wall Street Journal.

There’s no question that most people are now aware of the racist and misogynistic rituals and partying endemic to Greek life, but will we ever actually ban frats? And if we did, would anything change?

The answer is complicated, natch.

There are thorny legal questions about the feasibility of banning frats, but the argument for why it would be a good thing is pretty straightforward. Statistical and anecdotal data on injury and deaths related to alcohol consumption, sexual aggression and assault, dangerous hazing and ritualized racism largely speak for themselves. Colleges are supposed to be institutions of learning, not casting calls for “Jackass” or incubators for the next generation of misogynistic Fortune 500 CEOs.

And for all of the harms associated with frats, it seems there’s very little that they can claim to uniquely offer the campus community. Public service? Nope. Brotherhood? Nope. Sisterhood? Nope. Housing? Nope. The experiences and benefits of the Greek system either already exist elsewhere, or can be made to exist elsewhere. Basically, the good things associated with Greek life are not unique to Greek life, but the same can’t always be said for the bad things.

So let’s ban frats, right? Let’s empty their houses and pressure the national organizations to donate the space to be turned into something else. (Repurposed dorms open to all students or maybe, you know, the headquarters for a chapter of Men Can Stop Rape.) Let’s push the thousands of former Greeks to join other public service groups if they really want to help their communities. Let's open the doors and let sunlight disinfect the whole mess.

Racism and misogyny on campus won't suddenly disappear if this happens, but shuttering the Greek system could be seen as an institutional commitment to lowering the number of dead drunk kids, women assaulted or otherwise dehumanized and racist parties defended as harmless fun.

This is the side I ultimately come down on, but here’s where I get stuck: You can ban frats, but you can’t ban large groups of entitled white men from living together. You also can’t simply ban toxic masculinity and white supremacy. These are frat problems, of course. But they are also our problems.

Banning frats would have an impact -- both actual and symbolic -- but rooting out the most vile practices associated with Greek life might turn into a kind of campus whack-a-mole. Would other student groups pop up that are de facto fraternities? Would off-campus housing -- also the scene of sexual violence and dangerous binge drinking -- become the black holes of debauchery and flat-out abuse that frats are right now?

None of this is to say we shouldn’t ban frats, just that it’s not a magic bullet.

And then there’s the money. A lot of money.

Fraternity members give more money to their schools than non-fraternity members. According to data collected for the film “The Hunting Ground,” in 2013, 60 percent of donations to universities that topped $100 million came from fraternity alumni.

And considering the mantras about loyalty that many frats build their cultures around, it’s no real shock that former fraternity members are quick to cut the funds when they see their brothers being punished. In 2013, Salisbury University suspended its chapter of Sigma Alpha Epsilon after a member went public about its abusive hazing rituals.

Taking a hard line against basically torturing students so upset alum J. Michael Scarborough that he withdrew a donation of $2 million.

Frat houses save universities money and space in terms of housing, and Greek life -- no matter how bad the press may get -- still appeals to prospective students. Universities know this, which is part of the reason very little changes no matter how many reports we read about dangerous hazing rituals and sexual assault.

As I’ve written before, until colleges start finding the prospect of preventable death, rape and assault more frightening than a network of angry donors (or until they start fostering alternative donor networks, or until government investment in education leaves schools on less precarious financial footing, or, or, or...), we will probably be stuck with the Greek system.

The press on frats is probably the worst it's ever been, but the system itself shows little sign of damage. Probably because like many other systems and institutions that have lots of money on the line (cough, cough, the NFL, cough), bad press rarely amounts to actual change.

Nothing will shift until a school’s financial survival isn’t also dependent on the largess of its most corrosive institutions, and until we address the problems at the root of the whole mess. Ban fraternities? Sure. Ban university presidents as glorified fundraisers? Excellent. Ban contempt for women as a building block of men’s self-perception? Sounds good to me. Ban a system that treats education as a commodity rather than a right? Sign me up.

There's no denying that frats and sororities are often a particularly grotesque expression of the problems that plague the rest of the country, but they're not uniquely awful. (There's plenty of awful to go around, of course.) When you look at the actual issues behind our "frat problem," you're left with white supremacy, institutional misogyny and the everyday violence of inequality, for starters. Break it down in those terms, and it’s pretty clear that banning frats would be the easy part.