The NFL is morally reprehensible: As players walk away from brutality, fans must do the same

A star linebacker steps away from the NFL, citing its lethal violence. When will fans do the same soul searching? 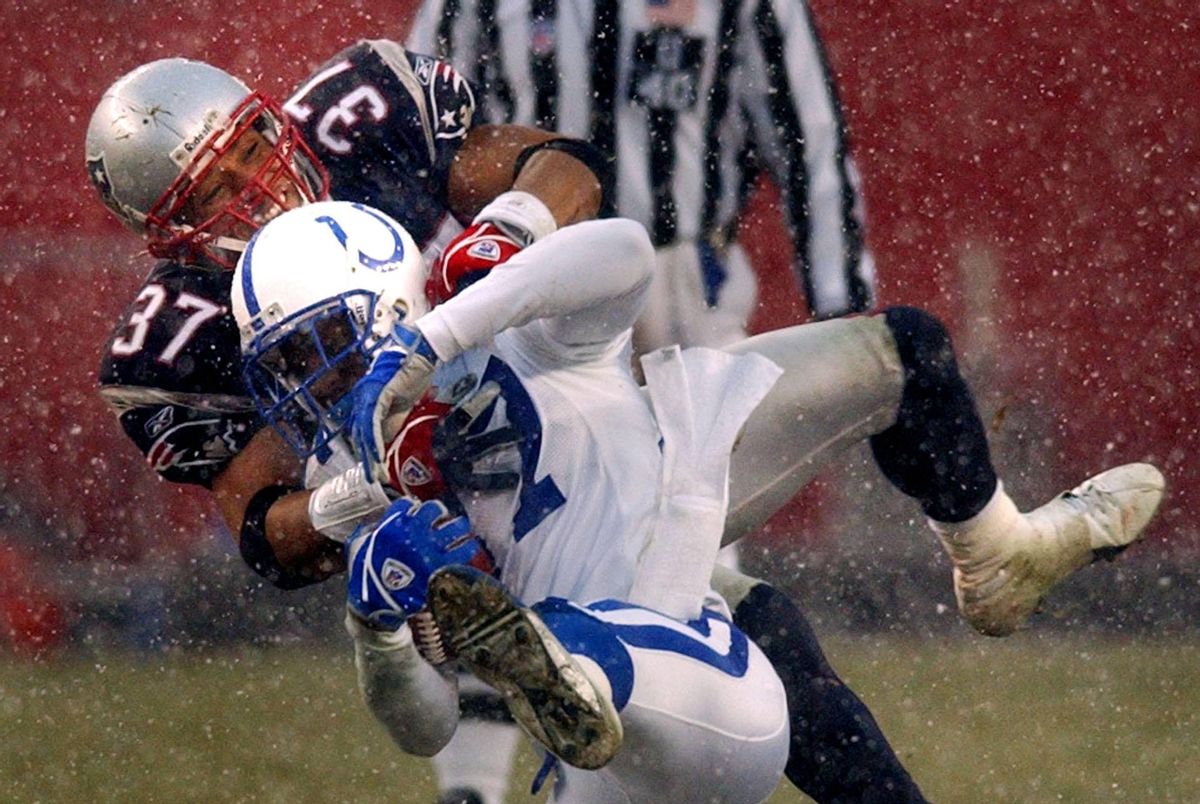 Earlier this week, Chris Borland, a star linebacker for the San Francisco 49ers, gobsmacked the sports world by announcing that he was hanging up his shoulder pads at the age of 24.

Borland was at the beginning of what most observers felt would be a long and lucrative career. He quit not because he had lost a desire to play the game, but specifically because he feared he would incur brain damage if he didn’t.

What Borland did is unprecedented.

Yes, an increasing number of players are walking away from the NFL in their primes, most recently Borland’s teammate Patrick Willis, along with former first-round quarterback Jack Locker, and perennial pro-bowler Jason Worilds. But each of these guys had a specific reason for leaving the game. Willis said his feet were shot. Worilds reportedly felt a religious calling. Locker had lost his desire.

Borland, by contrast, was injury free and full of passion for the game. He simply decided the game was too dangerous.

After suffering a concussion last pre-season, he spent months researching the neurological effects of the game. He read books and spoke to doctors and researchers and even former players. He came to understand that the risk to his brain resided not just in how many concussions he might suffer, but also in the thousands of sub-concussive hits he was sure to sustain. And he was no doubt chilled by the NFL’s admission—after years of denial and obfuscation—that nearly a third of all players will suffer long-term cognitive ailments .

To put this in more prosaic terms: the employee quit because he knew that his workplace was profoundly unsafe.

It’s worth noting that, in the course of making his decision, Borland consulted with Dave Meggyesy, a linebacker who quit the NFL in 1969, arguing that football conditioned Americans to tolerate violence in other contexts, particularly the Vietnam War. Meggyesy, who wrote about his experience movingly in the memoir "Out of Their League," was the sport’s first conscientious objector.

Borland may be as close as we’ll come to seeing a conscientious objector to the modern NFL, which has become our designated national War Game. At a time when our military adventures are increasingly morally incoherent, football feeds us the spectacle of simulated combat. We get to experience our aggressive impulses as not only acceptable but heroic.

To be clear: Borland himself doesn’t come off as some kind of Noam Chomsky-spouting firebrand. On the contrary, if you listen to him discuss the rationale behind his decision, it’s clear that he’s simply a thoughtful guy who made a calculated personal decision.

Borland considered his own temperament—the fact that he revels in a violent style of play—the position he played, and his physical size. He realized that the only way he could continue to excel as an undersize middle linebacker would be for him to put aside his long-term health, as he had done last summer. He knew, in other words, that unless he stepped away from the game, its code of valor and financial allure would overpower his common sense. As he put it in his ESPN interview, “I just don’t want to get into a situation where I’m negotiating my health for money.”

It’s big news when any pro baller decides to quit the game, partly because the NFL is the most popular form of entertainment in America. But also because it represents a cult of hyper-masculinity that defines courage in a specifically militaristic manner: the willingness to absorb and inflict physical punishment.

Fans revere those guys who are willing to “play hurt.” And they’re quick to cast aspersions on guys who refuse to live, and possibly die, by this code.

That’s what happened a couple of years ago, when a star running back named Rashad Mendenhall decided to leave the game.

“I am not an entertainer,” Mendenhall explained. “Playing that role was never easy for me. The box deemed for professional athletes is a very small box. My wings spread a lot further than the acceptable athletic stereotypes and conformity was never a strong point of mine . . . So when they ask me why I want to leave the NFL at the age of 26, I tell them that I’ve greatly enjoyed my time, but I no longer wish to put my body at risk for the sake of entertainment.”

Mendenhall’s declaration was viewed, in some quarters, as a kind of treason, or at the very least as a form of desertion. Cue the trolls.

The response to Borland has been harder to dismiss, partly because of the humility with which he explained his position.

“I don’t want the message to be, ‘Absolutely don’t play football or decide not to do this or don’t do that,’” Borland said. “I think the thing I can convey to youth and parents is just make an informed decision. If you weigh the risks and you decide this is something you want partake in, this is a free country. The NFL will exist for a long time. They make a lot of money.”

Borland is no dope. He understands that the NFL is first and finally a corporation, one that has converted our misty devotion to athletic derring do into cold, hard cash. (What else can be said about a $10 billion business that is both a legal monopoly and a tax-exempt nonprofit?) This is why Borland refused to listen to the NFL’s doublespeak regarding player safety, and instead conducted his own inquiry into the game’s medical risks.

In essence, what Borland did was to engage in a moral struggle over the role football played in his life.

To hear him talk about this so explicitly begs the larger question that looms over football in this historical moment, which is whether us fans will engage in that same struggle.

After all, we’re the ones who built football into the glittering field of dreams it is today. We’re the ones who eagerly consume the risks assumed by young men such as Borland and Mendenhall. We do this largely by refusing to make an “informed decision” about football, by ignoring the moral costs of our beautiful, savage game.

The sports writer Bill Barnwell recently wrote a piece that did a great job of putting the Borland saga into perspective.

“How inherently wrong is football that a guy who could have made millions of dollar over the course of his career is throwing that away and we all agree it’s the right idea?” he wrote. “And it it’s that wrong, why are any of us watching?”

Sadly, his piece doesn’t seek to answer it.

Why? Because if he did, Barnwell might find himself quitting a job at which he excels and which he deeply loves.