"The science is bogus at worst and murky at best" 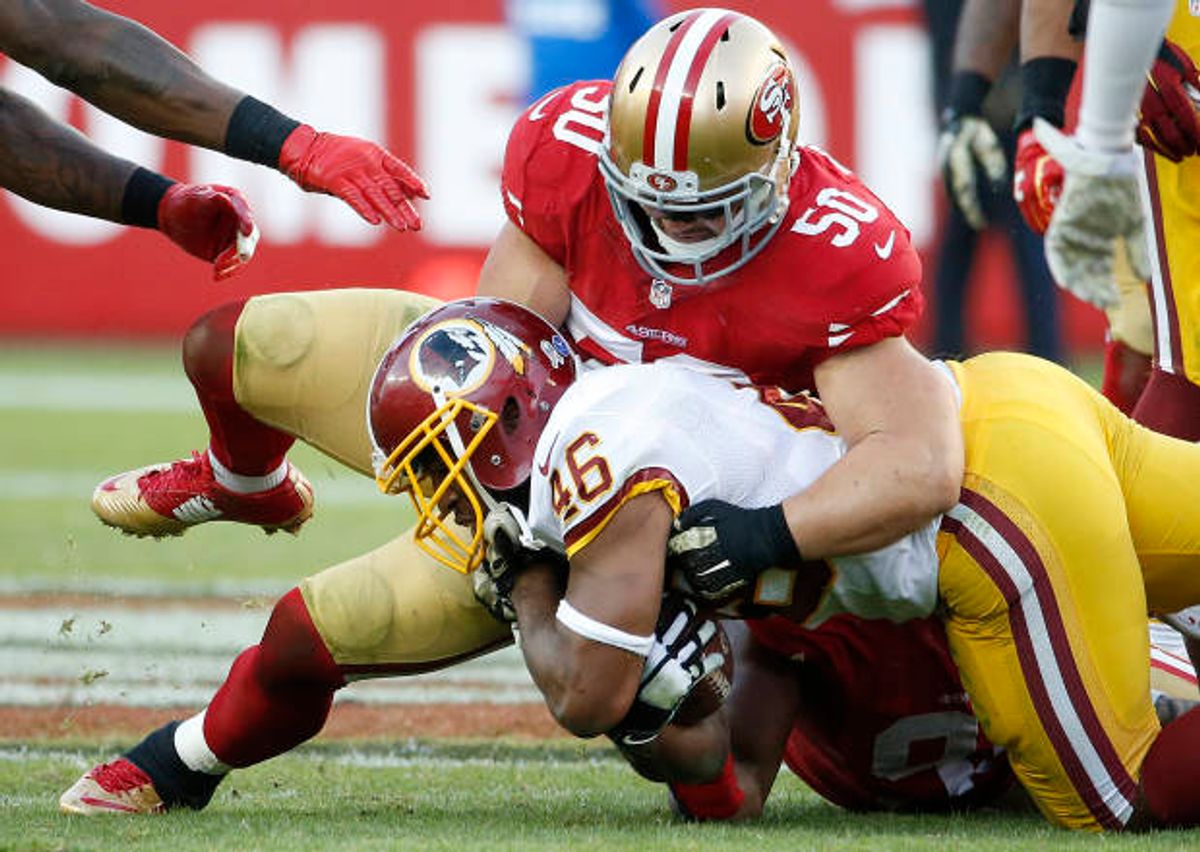 On Monday, FoxNews.com published an article by Dylan Gwinn, a sports talk host on Yahoo! Sports Radio, about San Francisco 49ers' Chris Borland's decision to retire from the NFL after only one season, citing concern over the potential for concussions. Gwinn is of the mind that Borland "shouldn't be a hero," for leaving the league -- a totally legitimate argument rendered illegitimate as soon as he compared chronic traumatic encephalopathy (CTE) with climate change:

"Don't look now, but concussions have become the new global warming," he wrote. "A debate where 'consensus' trumps evidence, and heroes and villains are determined by their stances on an issue where the science is bogus at worst and murky at best."

Turns out, Gwinn wrote a book called, "Bias in the Booth: An Insider Exposes How the Sports Media Distort the News" in which he argues that there isn't really any proof that CTE is caused by contact sports or even causes suicide in the first place. (It does, by the way.)

Gwinn concludes: "What we know for sure is that, as with the climate-change debate, the media will feed us nothing but a steady diet of fear and angst. And the facts that show football isn't killing people will be an inconvenient truth."