Was Ted Cruz's presidential announcement the creepiest one of all time? Jon Stewart investigates 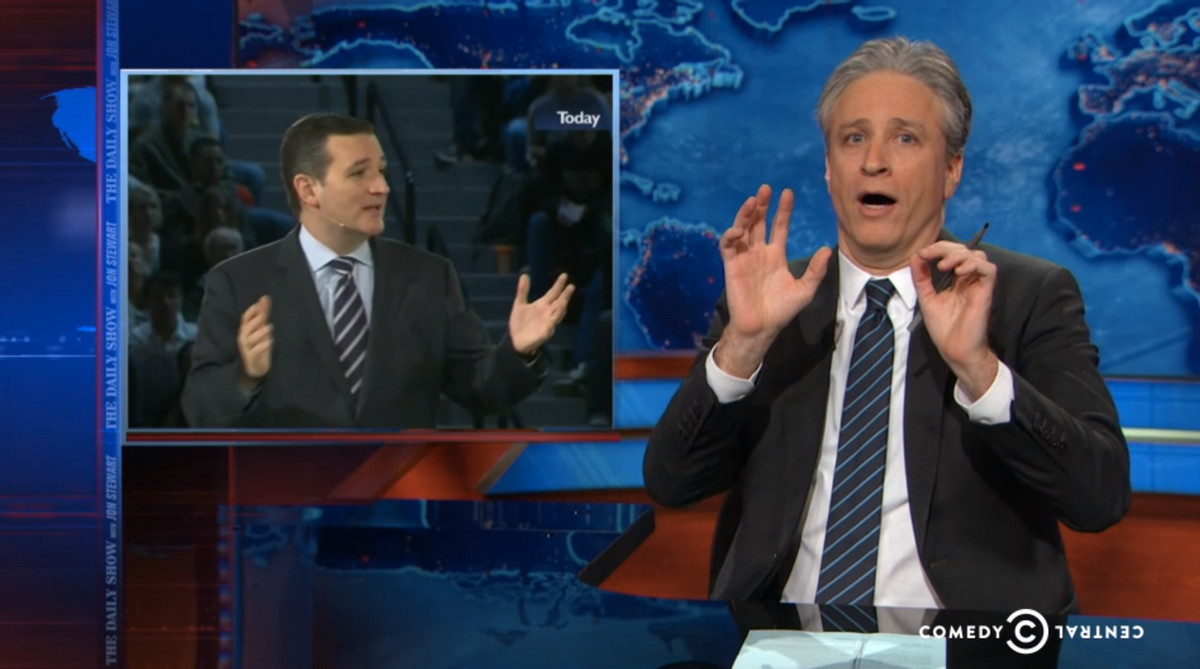 Ted Cruz's creepy presidential announcement, which took place before a captive audience of Liberty University students, is really putting things in perspective for us all.

If you were wondering why so many of the students in the audience looked bored out of their minds (and why one girl was even wearing a Rand t-shirt): It's because the conservative Christian university required students to attend the Ted Cruz announcement as part of their weekly convocation. No word on whether the university also required students to text "constitution" to an undisclosed number, as per Cruz's orders.

“Let me clarify this a little bit: Students at Liberty University were required to attend a partisan political speech where a small-government conservative who had just promised he would respect privacy rights, told them if they cared about freedom, text your information to a mysterious address that collects your cell phone number for undisclosed purposes,” Stewart said.