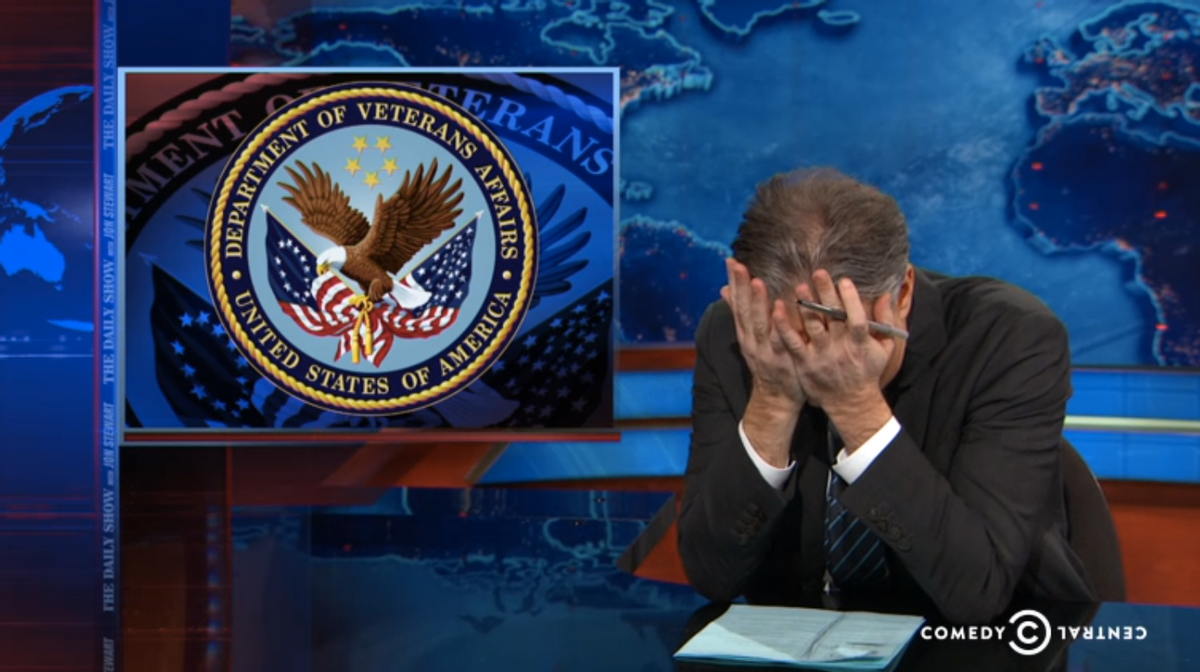 According to internal documents obtained by CNN, the Veteran's Affairs Greater Los Angeles Healthcare System is failing to provide its patients basic care. Contrary to what the VA's acting director told Congress earlier this month, the facility is still making its patients wait an absurd amount of time to get a basic doctor's appointment. Think: 44 days, on average.

On Monday night's "Daily Show," Jon Stewart slammed the VA (who've gained quite a rep in the last year)  before moving onto Congress for pouring billions of dollars into war efforts but failing to provide basic health care for those returning from war.

"When it comes to veterans, Congress are just deadbeat dads," Stewart said. "They will spend a tremendous amount of time and money to get a chance to unload the ammunition."