The evangelical base is splintering: David Lane, Ralph Reed and the decline of the Pat Robertson generation

The Christian right has a new kingmaker, and his support could determine who earns the Republican nomination 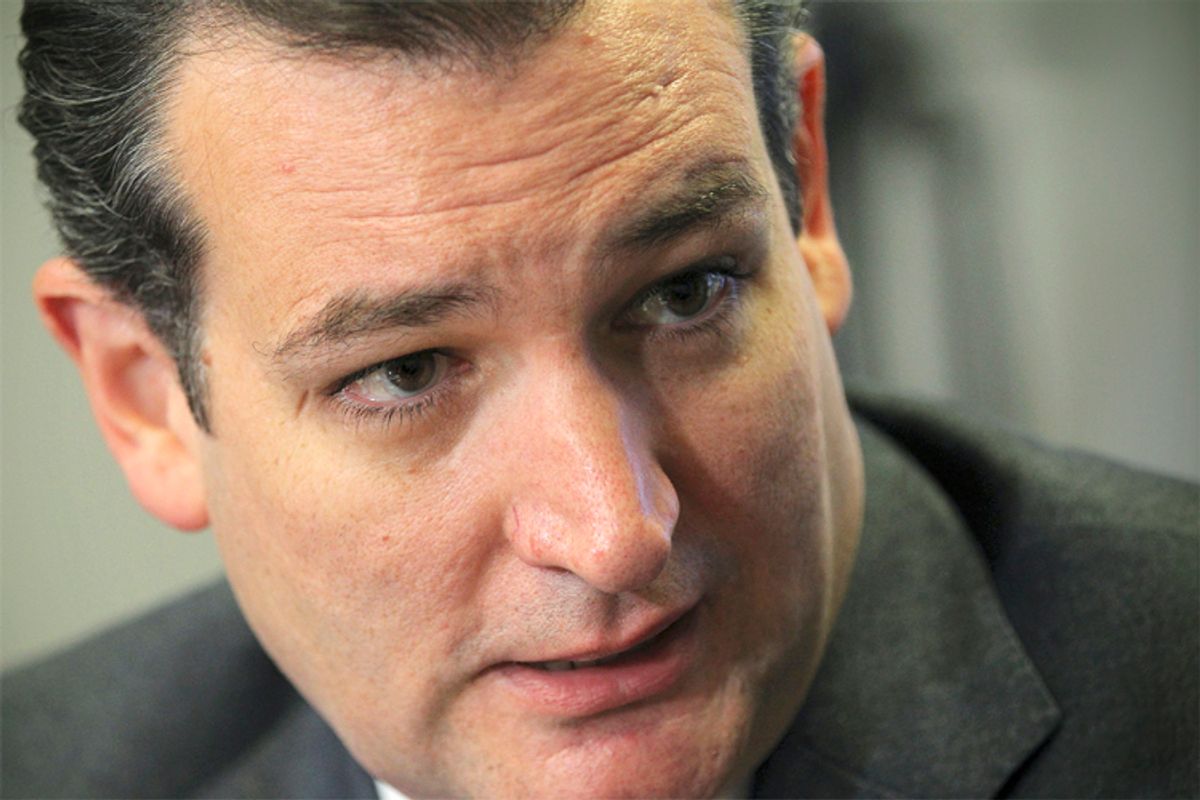 In a new profile of supposed evangelical kingmaker David Lane, the New York Times’ Jason Horowitz describes Lane as “emblematic of a new generation of evangelical leaders who draw local support or exert influence through niche issues or their own networks.”

“New” generation is a bit misleading; Lane, after all, has been around working the room since the 1990s. The “new” moniker is meant to distinguish him from the Pat Robertson/Jerry Falwell generation, although it’s really less of a generational difference than an organizational one. Lane, Horowitz reminds us, thrives on networks of local support, built on the dedication of individual pastors. Robertson and Falwell (and Ralph Reed, still, through his Faith and Freedom Coalition) presided over national organizations built to mobilize activists and voters at a moment’s notice. Lane seems to be more focused on involving pastors in the political process, and on provoking candidates to pander to them.

But the key distinction between Lane’s efforts and the Moral Majority or Christian Coalition models is not local versus national: it’s a function of evangelical base splintering in different directions. Lane represents the pander-by-praying and extolling-the-Christian-nation wing. The other wing, as I reported last week, has tired of that routine. They’d rather hear the candidates talk about religious freedom, not offer overwrought displays of piety blended with patriotism.

That’s not to understate, of course, Lane’s likely visible role in the early primary states (and, significantly, in also helping to shape Republican opinion about Israel, which is also sure to be a big campaign issue in 2016). He’s certainly a player, and perhaps even more so because of the support he has received from the American Family Association, which was behind Lane-inspired efforts like The Response (hosted by then-Texas Governor Rick Perry in 2011, and this year by Louisiana Governor Bobby Jindal). Horowitz reports that the AFA “pays him a retainer and provides him with legal and accounting assistance;” in return, AFA “gets its name on all of Mr. Lane’s events and adds to its database the contact information of all the pastors he organizes.”

The AFA is known for its virulently anti-gay and anti-immigrant stances, and not just because its ongoing affiliation with the execrable Bryan Fischer. Former employees have recounted appalling conduct within the organization. On the other hand, as I reported last week, a growing number of evangelicals support immigration reform, including a path to citizenship. And many realize the futility of continuing to talk about opposition to marriage equality, hence the shift to talking about religious freedom instead. They still share opposition to same-sex marriage with the AFA. But they’ve adopted a different frame: advocating for what they claim are endangered religious freedom rights in the face of the new marriage equality reality.

No matter how dubious one might find those religious freedom claims—notably, claims for exemptions from serving same-sex marriage celebrations, and, in other contexts, covering reproductive health care in a company insurance plan—it’s a mistake to ignore how that conversation is driving the evangelical world. Will Lane’s single-minded Christian nation demagoguery carry the day with evangelical voters? Or will they be looking toward a candidate who has thus far avoided making Lane appearances but can nonetheless satisfy their religious and political concerns?

Lane has built an organization, and a reputation, aimed at creating the impression that his imprimatur is a requirement for winning the evangelical vote. In 2008, candidates who were not Mike Huckabee complained about being shut out of his pastors’ briefings. In 2012, even Ron Paul, not particularly known for religious pronouncements, sought some kind of approval from Lane, but, according to his religious advisor, Doug Wead, wouldn’t pander to what Lane wanted. Lane, according to Wead, was a Perry guy.

What did Lane produce for his candidates in 2008 and 2016? Well, not a road to victory, that’s for sure. He played a bigger role in instigating the candidates to recite their pledges to restore the Christian nation and so forth, but little else. While there are a multitude of reasons why Huckabee and Perry didn’t get their party’s nomination in 2008 and 2012, Lane’s evangelical voter mobilization certainly didn’t deliver what was necessary to win.

If that pattern repeats in 2016, we’ll likely see some of the candidates (say, Perry, Huckabee, Jindal, Ted Cruz) scrambling to get in front of Lane’s vaunted audiences of pastors. But that doesn’t mean one of those candidates will get the nomination. The next step to watch: will the candidates who thus far have tied their fortunes to Lane feel compelled to do so, or will they be confident they can win over evangelicals without him?