GOP governor of Iowa lied about email use, deposition shows 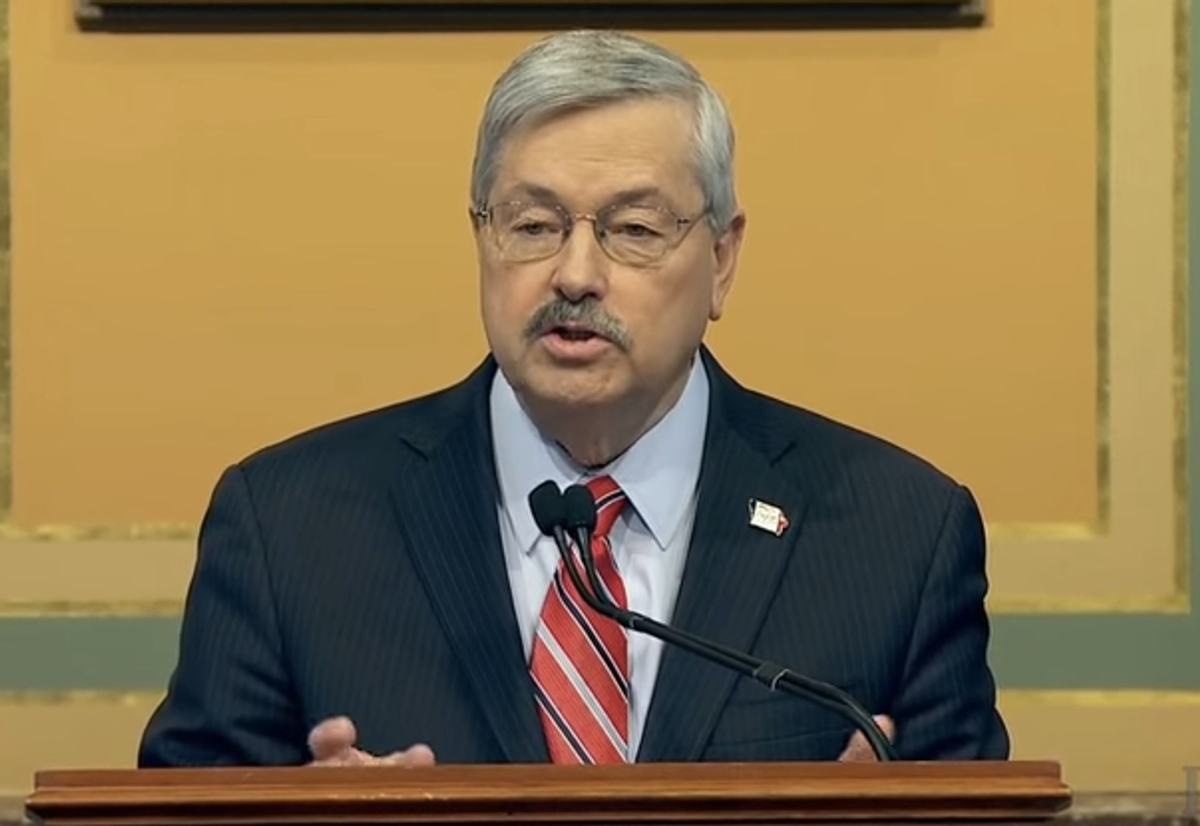 Iowa Gov. Terry Branstad has misled the public for years about his email use, a court deposition uncovered by the Des Moines Register makes clear.

The paper notes that the six-term Republican and his aides have long maintained that Branstad does not use an email account, an assertion the governor repeated in his deposition. That, the Branstad administration has contended, is why there have been no emails from the governor in publicly released records of official communications.

Confronted by the Register, however, Branstad spokesman Jimmy Centers admitted this week that the governor uses a private Gmail account, which he claimed Branstad uses only to receive daily news updates from his staff. According to Centers, Branstad has never sent an email from the account.

The Register's inquiry was sparked by Branstad's November 26 deposition in the case of former Iowa workers' compensation commissioner Chris Godfrey, who alleges that the governor cut his pay by nearly $40,000 in part because Godfrey is gay. Godfrey's attorney, Roxanne Conlin, is seeking access to Branstad's electronic communications.

Deposing the governor, Conlin asked whether he used an email account, to which Branstad replied, "I do not have an email, and I do not send emails. There are members of my staff and my wife that have emails."

Later in the deposition, however, Branstad admitted that he does indeed use an account -- which he described as an "app" on his Blackberry -- for the regular news updates.

"Governor, you told me that you did not have a smartphone, but apparently you do," Conlin noted.

"I have a Blackberry, not a --" Branstad replied, prompting Conlin to point out, "That's a smartphone."

"It is?" Branstad asked.

Conlin, who served as a U.S. Attorney in the Jimmy Carter administration, was the Democratic nominee for governor against Branstad in 1982, the first year he won the governor's mansion. Branstad held the office until retiring in January 1999, and then mounted a successful comeback bid in 2010. Three weeks before his deposition, Branstad defeated Democratic challenger Jack Hatch to win an unprecedented sixth term in office.

News of Branstad's email account comes as critics continue to castigate former Secretary of State Hillary Clinton, the Democrats' likely 2016 presidential nominee, over the revelation that she exclusively used a private email account to conduct government business during her four-year tenure as the nation's top diplomat. The Register reports that in response to the Clinton imbroglio, Branstad's administration urged state workers not to use private accounts for official business.