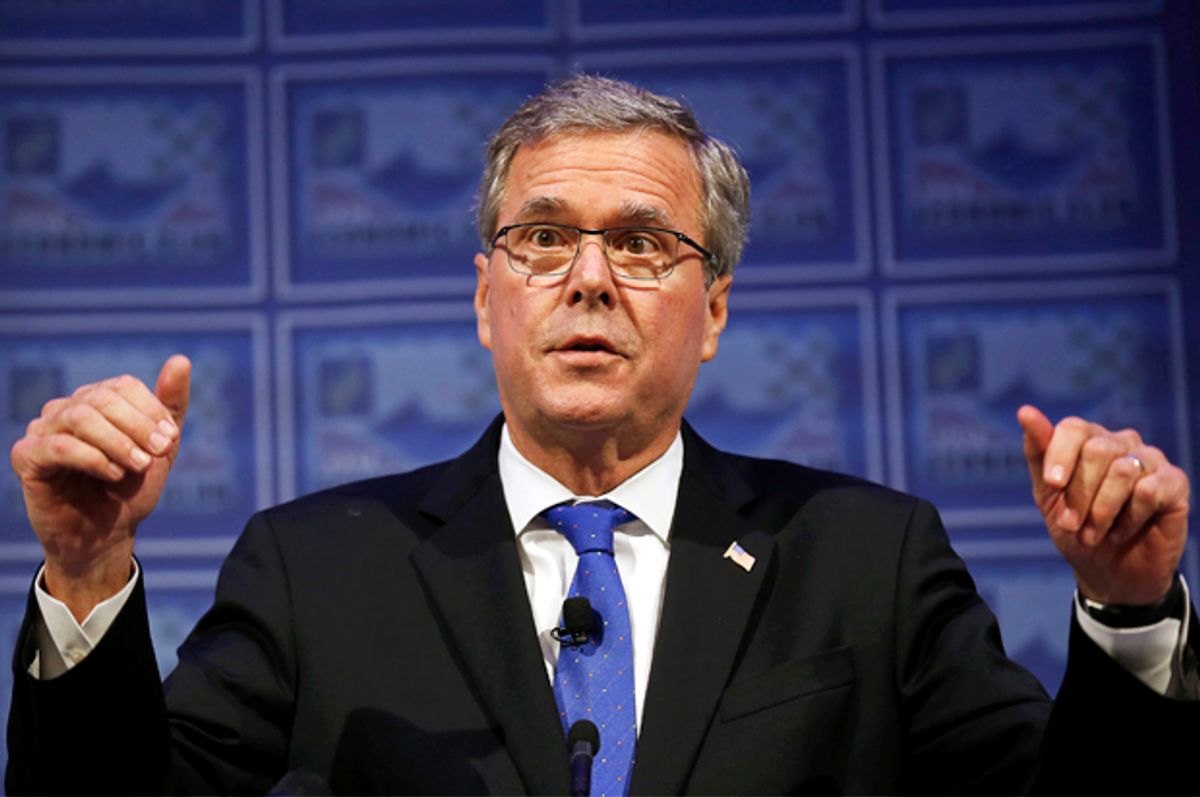 When Bush released thousands of emails from his tenure as Florida's governor as part of his preparations to run for president next year, he did so from the email account he shared openly, jeb@jeb.org.

Those emails also include references to another email address, jeb@gencom.net. Bush said through a spokeswoman that he was unaware of the account, although records showed that people wrote to him there more than 400 times between 1999 and 2004.

The same records show no replies from Bush coming from that address. Instead, when Bush responded, he did so from his more well-known email address. Writers sometimes also reached the governor at jeb@jebbush.org or jeb@myflorida.com.

Bush's spokeswoman, Kristy Campbell, said Bush had no knowledge of the other email account. "He doesn't know what that email address is," she told The Associated Press Tuesday.

There's no indication this other account was used in any improper or secretive way.

But its existence - and the mystery around it - show the potential complications when public officials, like Bush and Hillary Rodham Clinton, use private email accounts to conduct public business. Republican Bush and Democrat Clinton are two likely contenders in the 2016 race for the White House.

Both have fielded questions in recent weeks over their email use, particularly Clinton, who has faced scrutiny for conducting State Department business from her private account. An AP review of Bush's emails spotlighted cases in which top donors sought to sway the governor on political appointments during his two terms in office.

The gencom address traces to ElectroNet Broadband Communications of Tallahassee, Florida's capital. The company did not immediately respond to a phone message Tuesday from the AP with questions about the Bush email address.

The majority of emails sent to Bush at that address came in 1999, and a slow trickle followed in ensuing years. Just one came in 2004, from a South Florida businessman who wrote to Bush at both addresses about a university board meeting. Several writers used both email addresses when contacting Bush.

Others reached Bush simply through the gencom account - writing to him on a range of issues from judicial appointments to the federal raid that captured the Cuban child Elian Gonzalez to state labor and literacy issues.

Though Bush said he knew nothing of that address, the emails clearly reached him: Bush often wrote back from his other account. In 1999, a writer corresponded with Bush about appointments to Brevard Community College. The email chain includes a reply, "Please respond to jeb@jeb.org."

© 2015 The Associated Press. All Rights Reserved.