The Reed College story gets darker 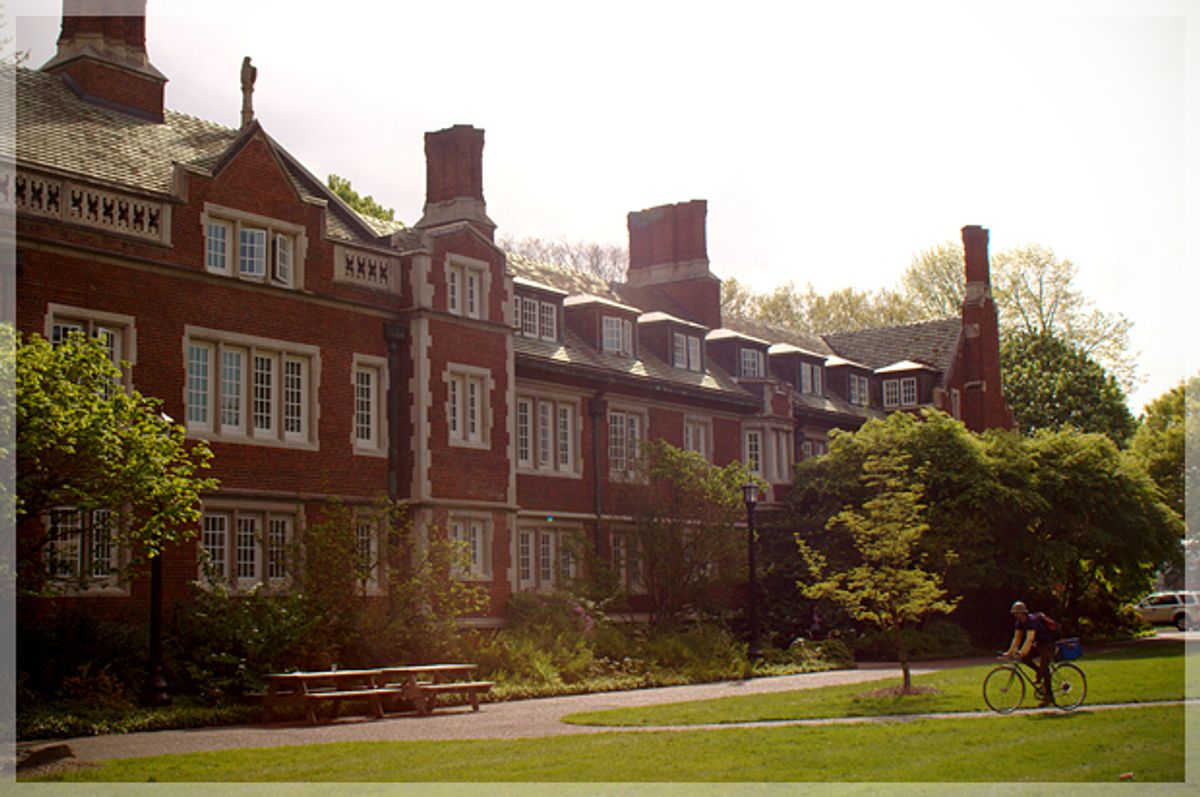 Where'd you go, conservative defenders of free speech and academic inquiry? Just a few days ago, you were championing a college student who said he'd been removed from class for expressing skepticism over some very dubious sexual assault statistics. But now that the story has taken a turn, you've grown so quiet.

Last week, Reed College became the subject of intense scrutiny when 19 year-old freshman Jeremiah True went public with his claim that he'd been banished from the “conference” portion of a Humanities 110 lecture-seminar class for his controversial views on rape culture, and the frequently trotted out statistic that one in five college women experience sexual assault. True retorted by launching a Change.org petition for his reinstatement, and penning an eight-page letter to the faculty in which he said his professor's decision represented an "infringement upon my academic freedom."

The Daily Caller quickly reported that "Student Barred From Class For Disputing Rape Statistics" while the National Review declared, "Student Barred From Class For Disputing Rape Statistics." At the time, Katherine Timpf wrote, "A student at Reed College in Portland claims he was banned from class discussions mainly because he questioned a rape 'statistic' — even though that 'statistic' has been debunked — just because other students said they were uncomfortable…. True said he was also scolded for expressing the opinion that logic is more important than emotion — perhaps not surprising coming from a professor who apparently considers his adult students’ feelings more important than factual information, even when discussing something as serious as rape." The American Spectator published Ross Kaminsky's open letter to True's professor, saying, "If there is anything which a liberal arts education and a high quality educational institution must support, it is the ability of a student to make unpopular statements, particularly unpopular statements which have a reasonable likelihood of being true (if they are intended as statements of fact.) Unless Mr. True has called for violence, if there are people in class who feel 'extremely uncomfortable,' that is their problem, not his."

But anyone who'd read True's lengthy letter to the faculty and his Change.org petition, or looked as his professor's original letter saying that "The entire conference without exception, men as well as women, feel that your presence makes them uncomfortable enough that they would rather not be there if you are there," would have to wonder if this was a simple case of political correctness taken too far. Even without all the specifics of what ultimately led to True's dismissal from participating in the class discussion, it seemed reasonable to consider that perhaps the situation was more complex than a school shutting down free speech. Then things got stranger.

Communicating with Reason last week, True replied to a request for an interview by stating, "Before I interview with you, you must agree to make 'n____r' be the first word in your article." When he did eventually agree to speak with Robby Soave in a feature published Tuesday, True said, "I wanted to see if you were willing to report on my story or if you were committed to maintaining your readership." True seems to enjoy the role of provocateur. In a Monday interview with Charles Johnson, he said had been "nonviolently protesting and disrupting some events on campus, and just walking through the halls and calling people n____r. Because if they are actually going to accuse me of being sexist and racist, then I might as well act as an actual sexist or racist might. To date, I believe I've gotten 22 no-contact orders." And a Daily Beast feature quotes a purported March 20 letter from Reed to True that references him "forcefully and aggressively accosting multiple members of the community by using the 'n' word, and continuing to make loud and public references to death and martyrdom in ways that, in combination with similar references and aggressive written attacks online, have given multiple people cause to fear for their safety." It quotes the 16-page essay he posted in response on Facebook, in which he calls himself "the God of MRAs, Anti-Feminists, Ant-Marxists, Libertarians, and White heteronormative men and women everywhere and promises, "If you exclude me from the campus, I will rain hell down upon you all."

True is not a hero of free speech. But I wouldn't call him, as Mary Emily O’Hara does in the Daily Beast, a "rape culture troll" either. He's likely a young person with problems, even if he doesn't see himself that way. In his interview with Johnson, he said, "It's very lonely, but I sit rest in the fact that the truth is on my side." Can the rest of us please now consider that this person isn't simply disputing some shaky statistics? That maybe the people who said they felt uncomfortable around him had a reason to feel that way? But more importantly, can we question why media outlets with great reach and scope like The Daily Caller and National Review were so eager to seize upon this young person's version of events unquestioningly? Why did they leap at the chance to hold this up as an example of what Judith Shulevitz, writing in the Times this weekend, called the "self-infantalization" of college culture? Try harder next time. And if you want to champion skepticism and inquiry, maybe you should first try practicing it yourself.