"Get the budget to shoot an unarmed black kid and then rush the budget’s defense": Aasif Mandvi brutally mocks political media's priorities 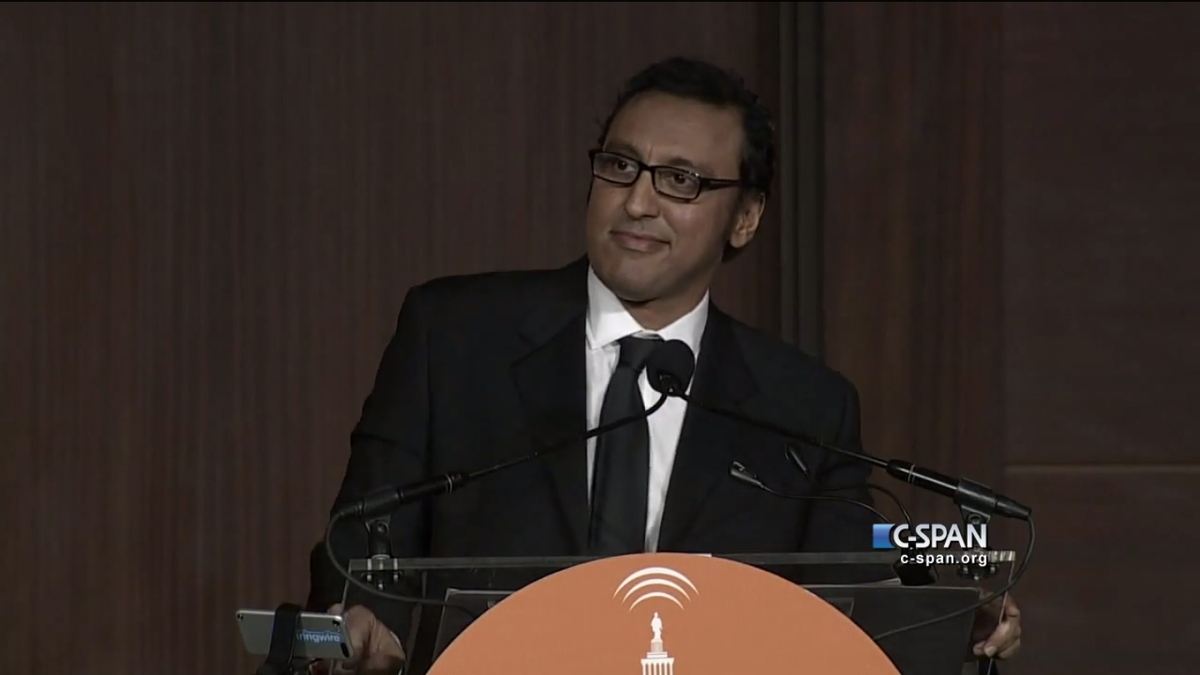 Daily Show correspondent and comedian Aasif Mandvi gave the keynote talk at Wednesday evening's annual Radio and Television Correspondents Association Dinner, and did not retreat from harshly criticizing the U.S. for racism and Islamophobia.

Mandvi began by giving some advice to C-SPAN about how to grow their audience and get the public to care about something as uninteresting as a budget proposal.

They could "go the Fox News route," he argued. "You get the budget to shoot an unarmed black kid and then rush to the budget's defense, arguing that the budget was written on white paper and that's why this is happening."

He later moves onto widespread Islamophobia, and explains how he maintains a good attitude-- by fucking with people.

"When I get on a plane I know I don't have to look both ways suspiciously before I put my luggage in the overhead compartment, but I do! It's fun!" he said. "I know I don't have to count my steps from my seat to the bathroom in an arabic accent -- one one thousand, two one thousand, three one thousand -- but I do it! Because it scares whitey! Look, I figure if people don't want to make the distinction between a Muslim and a terrorist then why should I make a distinction between good scared white people and racists?"

When one of his jokes fell flat, Mandvi said, "I don't care how this goes tonight, because tomorrow it's going to say 'Muslim Bombs' or 'Muslim Kills.' It's bad for me either way."

Watch the full speech below, courtesy of C-SPAN: