The powerful Rules Committee chairman humiliated himself on Obamacare costs. This is not an isolated event. 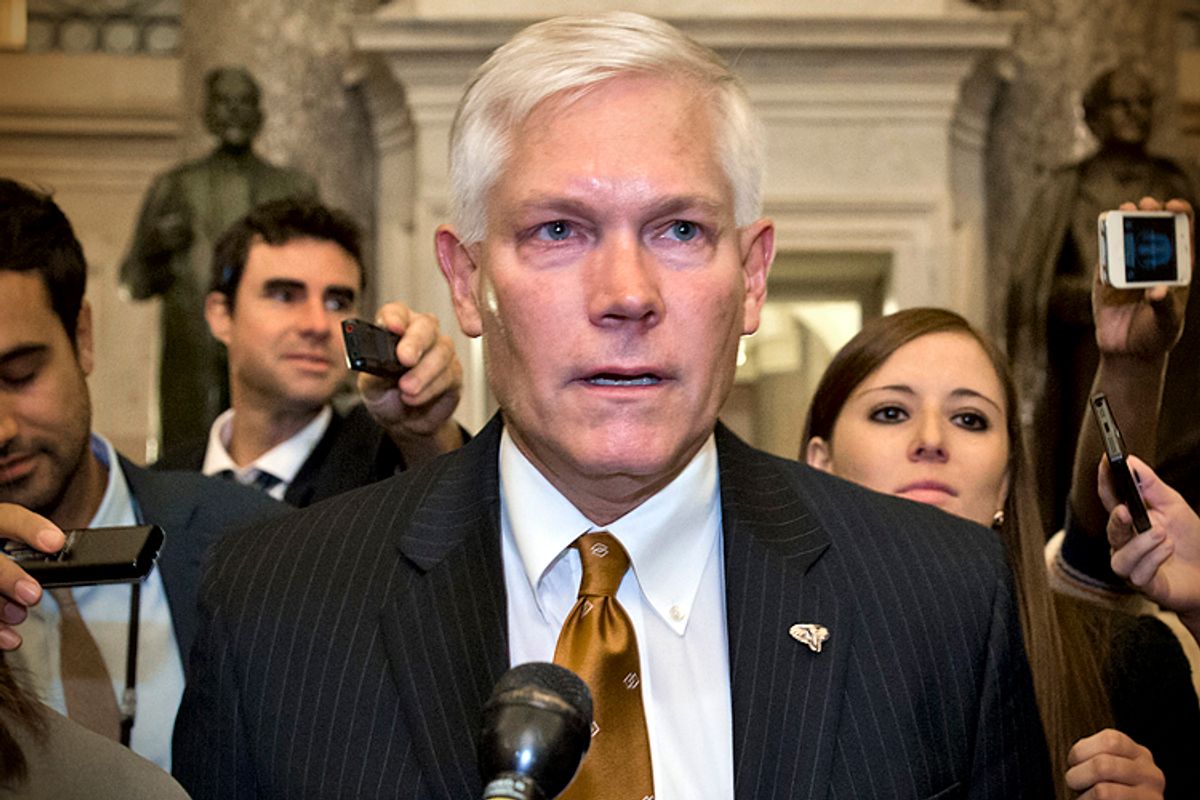 Did you know that under Obamacare, the federal government will be paying SEVENTY TRILLION DOLLARS PER BENEFICIARY next year? Hello? Why isn't the liberal media abortion industry reporting on this!

Just kidding, no one said that. Rep. Pete Sessions, who is not a freshman Tea Party type but the chairman of the quite powerful House Rules Committee, did say that the federal government will be paying $5 million dollars per Obamacare beneficiary in the 2016 fiscal year. That's still a lot. Five million smackers for some bum's health care! What's up with that. Let's check out the "simple multiplication" by which Pete Sessions arrived at this figure. He was gracious enough to show the American people his work during a speech on the House floor this week.

“If you just do simple multiplication, 12 million [insured individuals] into $108 billion, we are talking literally every single [Obamacare] recipient would be costing this government more than $5 million per person for their insurance. It’s staggering….$108 billion for 12 million people is immoral. It’s unconscionable. ”

The House FY2016 budget calls for a repeal of the Affordable Care Act, and claims that this will somehow help the government bring the budget into balance in less than a decade. The ACA costs a lot of money, but those costs are more than offset with certain taxes and provider-side Medicare cuts. So if you repealed Obamacare, you'd end up slightly increasing the deficit. The House budget, though, strips away the 10-year, nearly $2 trillion costs of Obamacare and pretends that it has saved the government nearly $2 trillion.

But what about all that revenue generated by the ACA taxes and the savings from its Medicare cuts that the House would also be repealing? The House Budget Committee claims that it doesn't assume the savings from Obamacare even after repealing it, as has been said elsewhere. Its much more serious and reasonable explanation is some magical hand-waving about tax reform, which is always just around the corner!

Q: Isn’t this budget trying to have it both ways by repealing Obamacare but keeping the revenue from Obamcare’s taxes?

A: No. The House Republican budget repeals all of Obamacare—including the Obamacare tax hikes while calling for fundamental tax reform. A revamped tax code could raise just as much revenue as the system in place today, but without the harmful tax policies embedded in current law (like the Affordable Care Act).

I am sure that that multitrillion-dollar, revenue-positive comprehensive tax reform will be sweeping its way through the Republican Congress any minute now.