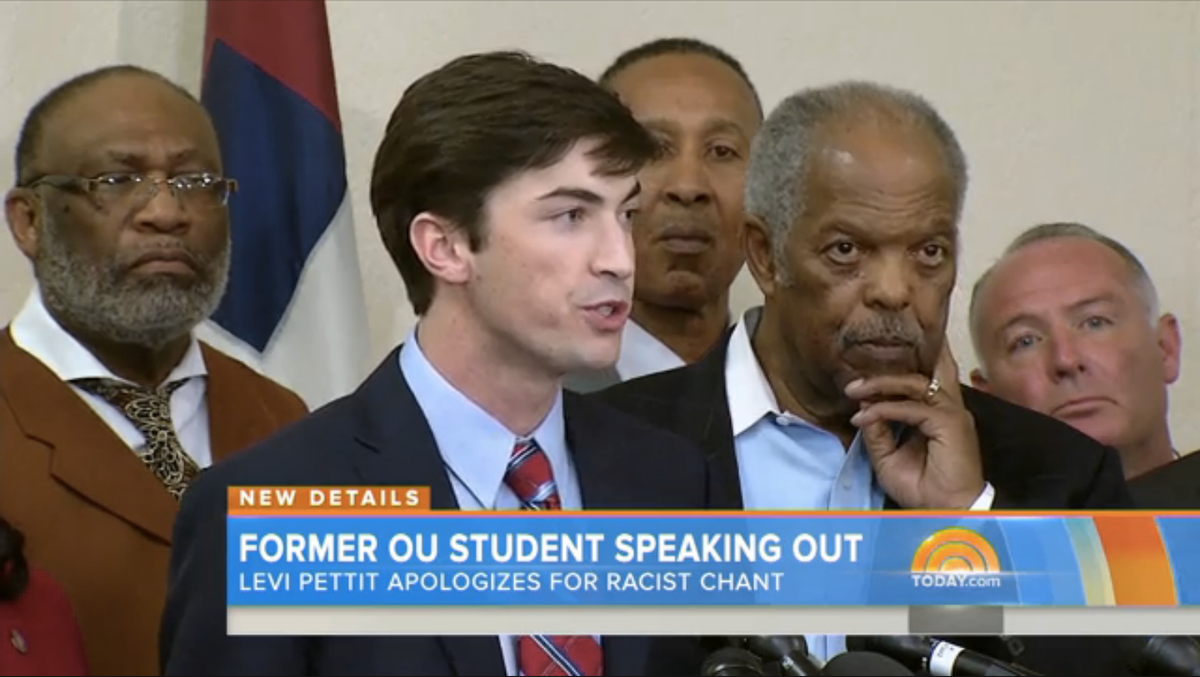 A member of the University of Oklahoma fraternity caught singing a racist chant in a video spoke at a press conference yesterday to officially apologize. Levi Pettit was one of the two students who ended up being expelled after the video began to circulate, and has been meeting with black community leaders over the past few days.

"Although I don't deserve it, I want to ask for your forgiveness," he said. "There are no excuses for my behavior. I never thought of myself as a racist--I never considered it a possibility, but the bottom line is that the words that were said in that chant were mean, hateful and racist. I will be deeply sorry and deeply ashamed of what I've done for the rest of my life. Some have wondered why I haven't spoken out publicly. The truth is I've had a mix of pain, shame, sorrow and fear over the consequences of my actions."

He continued to say that all the good in his life has been "erased by a six-second video."

In response to the video, the university's president David Boren immediately shut down the Sigma Alpha Epsilon fraternity, saying, "You are disgraceful. You have violated all that we stand for. You should not have the privilege of calling yourselves 'Sooners'."

Watch the full apology below, courtesy of NBC News: