Where are all the normal atheists? TV's non-believers always let me down

For years I've been watching atheists on TV, searching for someone like me 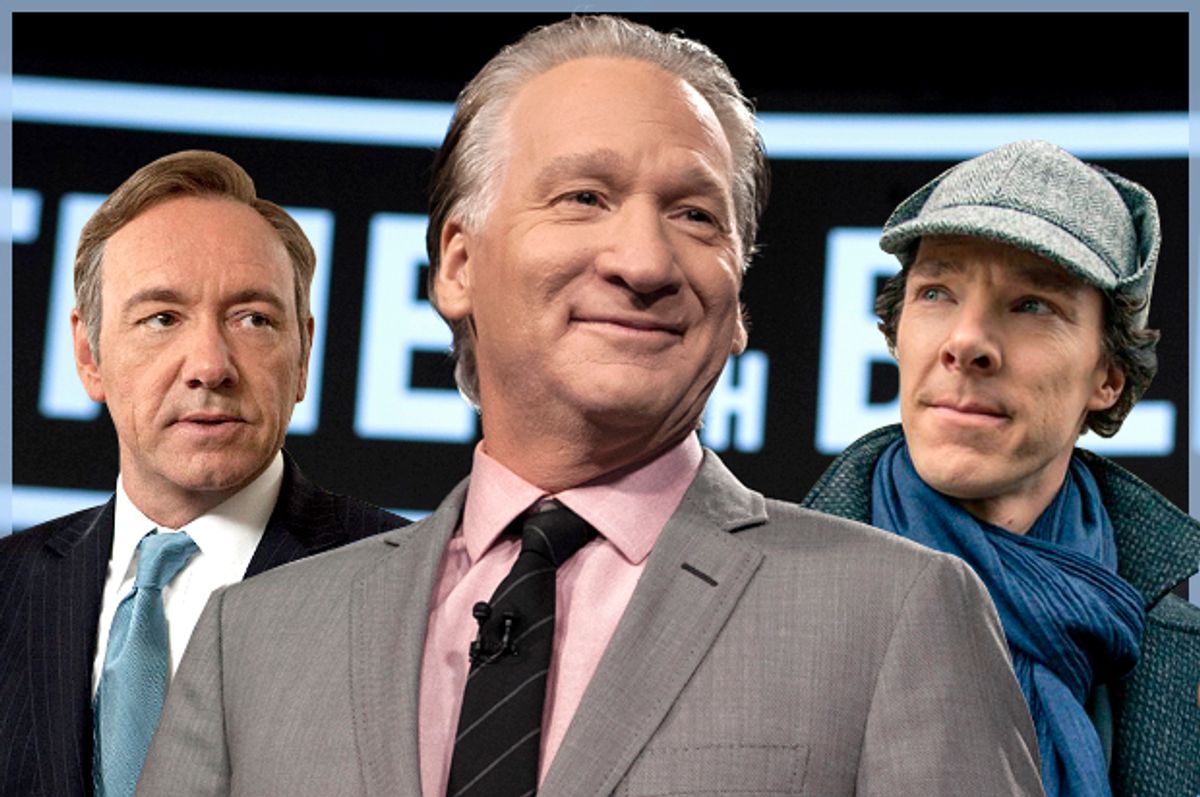 Toward the end of Tuesday night’s "CNN Special Report: Atheists: Inside the World of Non-Believers," David Silverman, the president of American Atheists, explains why he recently launched AtheistTV: “Religion is harmful, religion is bad, religion is wrong. We can say that on AtheistTV. We can’t say it on any other network.”

But it’s the other networks that count, I thought to myself. Which matters more in the life of a gay teenager: whether Blaine and Kurt kiss on Fox’s "Glee" or whether "Bewitched" is being rerun on the Logo channel?

For years I’ve been watching for atheists—for people like me—on network TV. And I don’t mean acerbic political commentators like Bill Maher. I mean atheist characters on TV shows with mass audiences. Of course, since they don’t wear scarlet A’s, atheist characters are only identifiable if the producers are making a point.

Entertaining and highly educated though they are, most atheist TV characters are not people you would want around your kids. Did I mention serial killer Dexter and sociopath Frank Underwood?

Alicia Florrick, "The Good Wife" herself, is a more, shall we say, human type of human—albeit one who wears form-fitting power suits and suede stiletto pumps. In keeping with her softer image, however, Alicia keeps her atheism to herself, for political reasons and also for the sake of her devout Christian daughter. “I hope I don’t influence you not to believe,” she told Grace recently. “I don’t want that.” Heaven forbid.

I’d like to see a nice mom who helps out at the PTA bake sale and loves her family and also raises her children to believe what she believes. You know, like parents do.

With hope and dread, therefore, I sat down to watch "CNN Special Report: Atheists: Inside the World of Non-Believers."

The show begins with sharply angled shots of church spires in a darkening sky, swiftly shifting clouds behind, dramatic synth percussion below the voice-over: “Americans losing faith every day. They say there is no God. And the stigma is stifling. Paralyzing pastors. Fracturing families.”  Dunh-dunh-dunh-dunnnh.

Thus prepared, we meet our first subject: the child of devout Christians who has become not merely an atheist, but president of the Skeptics Society at the University of North Georgia. A rebel in the Bible Belt, a traitor to his parents’ way of life. That’s pretty dramatic, but it’s nothing compared to our second subject, “Stan,” a small-town minister who’s still preaching, although he lost his faith 15 years ago. He is interviewed in shadow—name changed, voice distorted—lest he be found out. Next we meet Jerry Dewitt, another former preacher, who was found out: He lost his job; his house went into foreclosure; his wife left him.

We do find atheism without drama, too, represented by the activists and the professionals: Richard Dawkins; David Silverman, of American Atheists; Greg Epstein, the Humanist Chaplain from Harvard; and, briefly, the only female atheist in the piece, Assistant Humanist Chaplain Vanessa Zoltan. For these people, being atheist is a full-time job.

For most of us, it’s not. Some non-believers dislike the word “atheist” because it sounds negative or scary (the Special Report host, Kyra Phillips, at one point even refers to as “the A-word”). I just think it sounds too much like a career. “Let me introduce you. This is George, my optometrist, and this is Carol. She’s an atheist in that new corporate park on Washington Avenue? The one with the Panera?”

Even I, who write often about being an atheist, consider atheism to be just a part of who I am. I’m left-handed, too; I love food; I used to speak Italian. My credentials as an atheist are as simple as Dawkins puts it: I just “don’t believe in a supernatural creator.”

I sense that the same is true for most of my fellow atheists. Not believing in God is rarely the focus of our lives and rarely creates commotion of any sort. It’s actually kind of boring. Members of my local atheist Facebook group, commenting on this upcoming Special Report, joked about what it might be like: “Here they are, not going to church”; “Here they are, ordering at the Red Lobster while wearing a cotton-poly blend.”

In fact, despite its best efforts, even the Special Report could not follow through on its promise of high drama. Our young rebel atheist, it turns out, still lives with the parents whose hearts he broke. “For about six months, we had a very rough period. Tensions were very high.” Really? And that differs how from life with any college student living at home?

And after we have been duly impressed by the disastrous consequences of coming out for Pastor DeWitt—wife left, house in foreclosure—we learn that he ultimately “saved his marriage and his house” and is now starting a new church for non-believers. Well, um, good. So perhaps, CNN, this is not the crisis that your soundtrack would suggest.

I don’t blame CNN, though, for trying to gin up the drama. That’s what TV does. Which is probably why I can’t find myself represented there, and probably why I should stop looking.

And yet I can’t help thinking that if people knew how truly not sky-darkening it is to identify as an atheist, there might be more of us. If people knew they didn’t have to have an advanced degree, a DSM-5 diagnosis, or a British accent. If they knew they didn’t have to join a group or wear a team logo (Go Atheists!) or set up a card table and invite believers to debate. If they knew they absolutely were not required to watch AtheistTV ....

I guess when I say I want to see myself on TV, what I really mean is I want the American TV audience to see an atheist who’s basically normal and pleasant and busy with life and think, “Yeah, I guess that could be me.” There doesn’t have to be drama.

As DeWitt says in CNN’s report, “Theologically I no longer believe in God. Outside of that, everything is identical.”

Everything is identical. Hang on a minute. That means that unless a TV character is actually shown invoking God, reading the Bible, kneeling in prayer, saying a rosary, or wrapping tefillin, he or she could be an atheist.

Maybe I’ve been watching TV wrong all along.