"You hold women in contempt": Frat culture isn't an aberration, it's everything men learn about being a "real man" 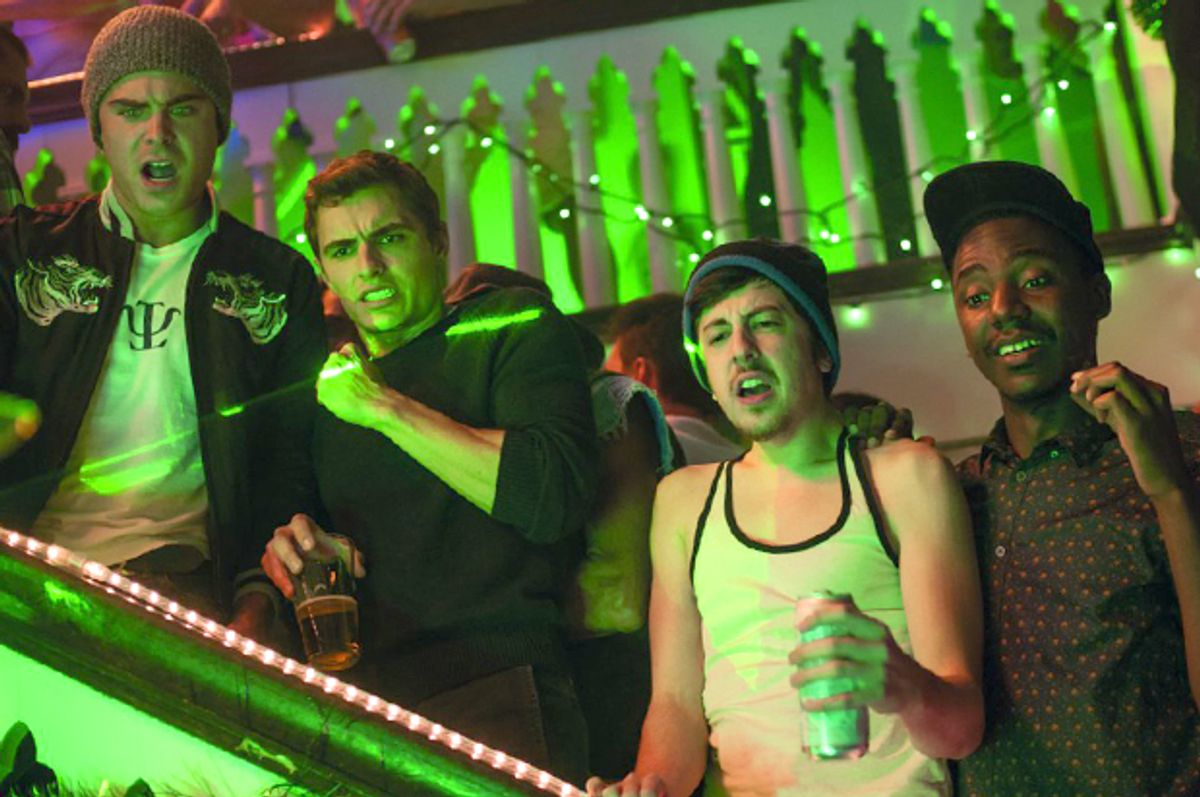 There are a lot of stories out there right now about frat culture, which is maybe why I find myself circling back to bigger questions about masculinity. Or at least the version of masculinity on display in some of these fraternities.

What does it say about men and their relationships with other men that sexual aggression is often seen as a way to bond? What does it say about men's desire to belong that so many guys don't intervene even if they feel like what's going on around them is totally wrong? Is the routine sexism we see coming out of many fraternities right now an aberration, or is it just a particularly grotesque expression of how men are taught to feel about and treat women? And if that's the case, what are we supposed to do about it?

I reached out to Michael Kimmel, a professor of sociology at Stonybrook University and one of the nation's most influential researchers on men and masculinities, to get his perspective on fraternities, male friendship, cultural messaging about "real" men and what it might mean to remake masculinity into something healthier for men and women. Our conversation has been condensed and lightly edited for clarity.

What I think we saw in the Kappa Delta Rho nude photo ring was sexual aggression functioning as a kind of social adhesive. These men want to feel connected to other men, but they do that by degrading women.

This is the sort of interesting paradox. These are all guys who proclaim to be heterosexual and love women. And yet the way that they connect to other men is by putting women down or sharing the degradation of women. How can you reconcile those two things? Either you hold women in contempt, or that's the basis of your heterosexuality, which would be a kind of early warning system to women.

The fact is that it is very common for men to bond with each other over the shared putting down of women. You have to ask the question, what's in it for them? Why is this the foundation of heterosexual masculinity? It’s collectively expressing contempt for women, the very women who you proclaim that you really love, love enough that you actually want to make love with [them].

You use the word "contempt," and it feels very useful here. But it's unlikely that those men would describe their feelings about women, at least in any conscious way, as feelings of contempt.

In psychology, there's a well-established phenomenon called "cognitive dissonance," where what you believe and what you do are at odds with each other, and that creates a dissonance, a kind of tension, that then has to be resolved. The classic one is smoking is bad for me, but I smoke. How do you deal with that? How do you deal with the fact that what you're doing is contrary to what you know to be the right thing to do?

I think that's a really important point that most of the men, in fact virtually all of the men, who are doing this would never in a million years say "this just shows what contempt we hold women in." Not a chance. That's not how they perceive it at all. So you have to ask them: Why not?

When these stories come out, we often hear from parents who say, "This is not the young man I know" or "I did not raise my son to treat women this way."

I have two responses to this, and they sound a little bit contradictory. The first response is I really want to talk to these parents who say they didn't raise their boys to be like this, particularly the dads. The reason that I'm saying this is because in too many cases... now moms I believe, but the dads I don't believe.

These are all ideas that men have in their heads about what it means to be a man and these ideas feel kind of eternal to us, like I said, the Shakespearean, Homeric, Judeo-Christian. We learn all of these. And then, none of these traits would come up if you were to ask these guys in the fraternity what it means to them to be a real man, to "man up." Then you'd get things like never showing your feelings, winning at all costs, being a player, being a stud, being a bro, getting rich, getting laid.

The other thing about the Kappa Delta Rho case is that I think it exposed the kinds of incentive structures that exist around sexual aggression. The whole thing became a game, and the reward was peer approval and being part of the brotherhood. Men were taking and sharing these photos as a way to bond as a group, but also to prove their manhood as individuals

Well, I think what we have to do as broader culture is we have to make sure that these guys know that it will cost them when they betray their ideas about what it means to be a good man. What I want to tell these guys from the other side... now I'm in my 60s and I remember very well those moments when in the name of being a real man I betrayed my ethics, I did the wrong thing. I want them to know that now on the other side of growing up and having a job and having a family and raising my own children, I would say that I want them to know that I remember those times that I betrayed my own ethics and I'm still ashamed of it. They will be too.

Your work on masculinity is also about remaking it. What do you think of when you think about alternative visions of masculinity? What does that mean?

What I ask for from these guys is not that they do something differently, but that they really listen to their own ideas and ideals. When you talk about athletes, fraternity guys, military -- three sites where we're currently experiencing a cultural conversation about sexual assault -- it seems to me all of them are unified by their claims to honor, integrity, shared sacrifice. This treatment [of women] is seen as a kind of compensation for all of that manly sacrifice and teamwork.

How do you see this changing?

My position on this is very simple. I think that we have to find ways to hold them to account. If you do something that is so disrespectful of others and you have basically violated something about the student code of conduct about the way you're supposed to behave... these are the kind of things that I think campus judiciary committees should be talking about. I want to say to these guys, "You have broken something about the community, you have betrayed this community. You signed an agreement when you came to Penn State that you would abide by the student code of conduct. Well, you violated that. We now believe that you need to repair the damage you have done to this community. You've rent the fabric of the community and you have to repair it in some way."

Frankly, this is something that campus judiciary can do because it's a legal procedure, you have a constitutional right to due process in a criminal case. But you don't have a constitutional right to go to Penn State. Penn State can decide you’ve blown it, you have now done something we find so egregious that we will now say you should separate yourself from this school; do something educational around the issues for which we are asking you to separate yourself, and then we will consider bring you back. You have damaged the community, and now you have to do something proactive to repair it.