An anti-circumcision activist is selling sculptures made of "foreskin": The week in weird news

Plus: The Most Interesting Man is pulled over, kind of, and a candy store makes a 440-pound peanut butter cup 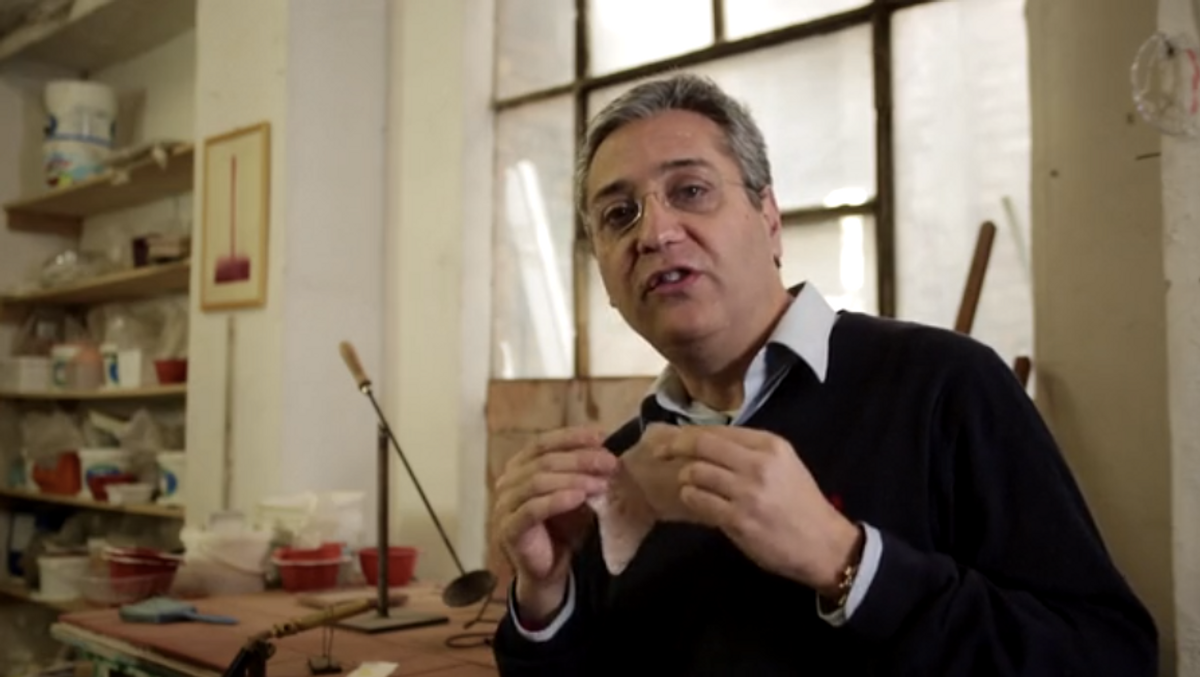 A circumcision protester sold fake foreskin sculptures for $1,000 on Kickstarter.

Vincenzo Aiello, a circumcision protestor, launched a Kickstarter campaign to take a stand through art. Those who donate $1,000 receive a "framed replica foreskin made from silicon resin." With 41 days left, the campaign has already raised $15 thousand -- nearly half of its money goal. (Huffington Post)

A Los Angeles candy shop made a 440-pound peanut butter cup with the help of Susan Olsen. (That's Cindy from "The Brady Bunch").

In an attempt to claim the title of World's Largest Peanut Butter Cup, a Los Angeles candy shop molded the sweet chocolatey treat inside a kiddie pool and recruited the talents of Susan Olsen from "The Brady Bunch" (for no known reason). It apparently took three hours to make. (CBS) A man was reunited with his wallet 35 years after it was stolen, thanks to a good samaritan on Facebook.

John Steel (yes, like steal) had his wallet stolen at the age of 10 while sleeping in an English seaside caravan. A builder discovered the wallet in the wall of a pub 35 years later with his name and picture in it and reached out to him on Facebook. Presumably, there was nothing of high importance in that wallet other than that childhood picture of him -- but at least Steel's faith in humanity was given a boost. (Mirror)

A patrol trooper pulled over a man riding in the carpool lane with a cardboard cut-out of "The Most Interesting Man" in the passenger seat.

A Tacoma, Wash. area man driving in the carpool lane was pulled over by a motorcycle trooper after spotting something in the passenger side of his car that did not appear to be a real human. When the trooper discovered that it was, indeed, a cardboard cut-out out of "The Most Interesting Man in the World," the driver allegedly responded with "He's my best friend," according to KOMO TV. (NBC New York)

A UK police hunt is underway for a man who stole 38 pythons.

Merseyside (UK) Police are looking for a man who was spotted leaving a flat in St Helens with two sacks believed to contain upwards of 38 royal pythons. Eight of those pythons were pregnant. According to The Telegraph, detectives believe that these snakes are going to be sold to experienced snake handlers. (Telegraph)