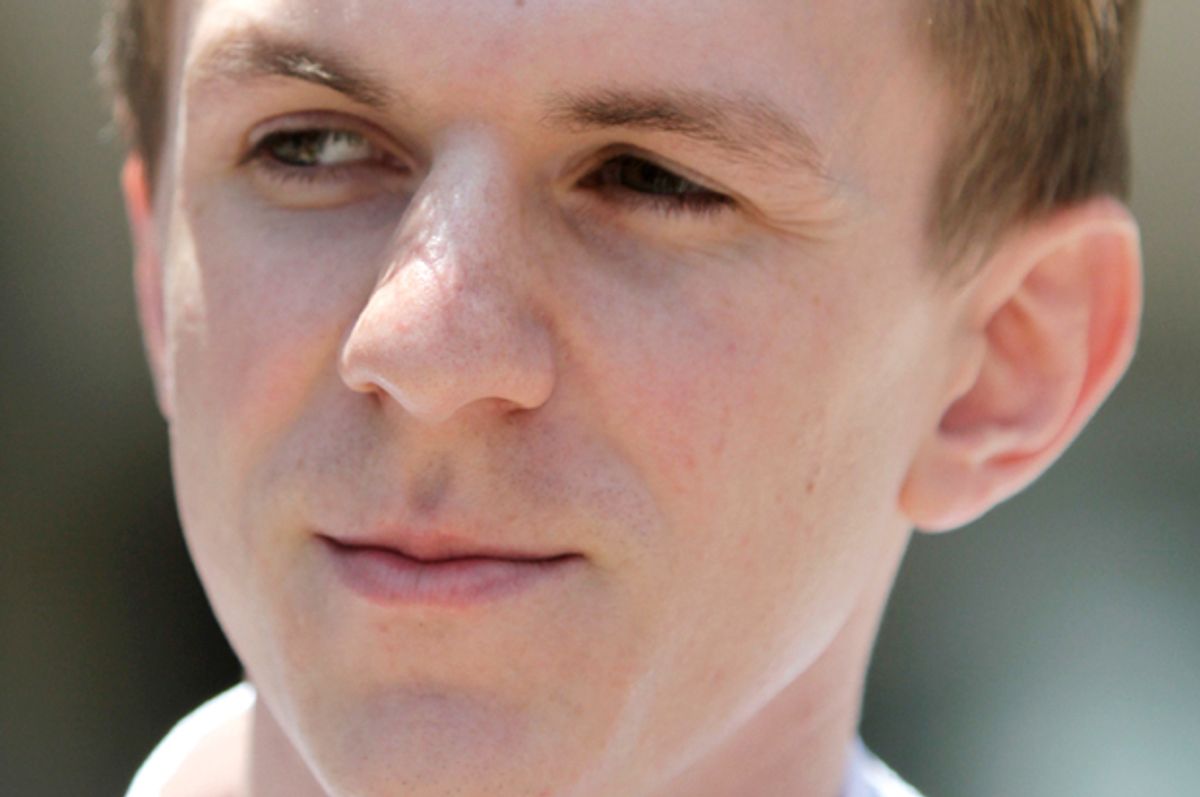 Ithaca, N.Y. — Cornell University is no stranger to bad press: as a “suicide school,” as the site of a horrific fatal hazing, as the alma mater of the wildly insecure Andy Bernard. But it has never had to defend itself from accusations that it supports the Islamic terrorists of ISIS — that is, until this week.

On Tuesday, conservative stuntman James O’Keefe released a video purporting to show a Cornell official expressing support for the formation of a student group that backs ISIS. The video shows nothing of the kind, but it quickly gained traction in right-leaning (and even some mainstream) media outlets. Before long, the Ivy League school was forced into the bizarre position of issuing a statement to say that, no, it does not in fact condone violence or the establishment of Islamic caliphates.

What possible chain of events could lead Cornell to make such a remarkable disclaimer? In O’Keefe’s hidden camera video, released through his platform, “Project Veritas,” Cornell assistant dean Joseph Scaffido is shown first saying that he would welcome a “humanitarian group in the Middle East, northern Iraq and Syria.” He is then shown politely answering follow-up questions -- from what he assumes to be a prospective student -- clearly unaware that the "Islamic State of Iraq and Syria," to which the “undercover journalist” refers, is in fact a terrorist group.

It’s on top of thin foundations such as these that O’Keefe has operated for some time now. As the Daily Beast's Caitlin Dickson noted last year:

O’Keefe has made a career of tricking people, mostly liberals, into embarrassing, compromising, and incriminating situations, and then secretly filming them. He calls the tactic “citizen journalism,” and it’s resulted in the toppling of major figures and organizations, such as the former nonprofit ACORN and ex-NPR CEO Vivian Schiller. His videos have forced the ouster of any number of elected officials -- most recently, Wisconsin State Senate President Mike Ellis. But they've also generated legal troubles for O’Keefe. He was arrested and sentenced to three years’ probation for his involvement in a break-in at Louisiana Sen. Mary Landrieu’s office in 2010.

In the case of the heavily edited Scaffido video, O'Keefe adds some scary-looking transitions, writes a series of misleading voiceovers, and then — presto! — he gets a video *proving* a vast campus conspiracy to help Islamic terrorists. The video even pauses at one point on an irrelevant still image of what looks vaguely like a Islamist military boot-camp, just to drive the point home. (Really!)

As with all fake scandals, this one was built around a kernel of truth. Should Scaffido have known what the “Islamic State” refers to? Yes. Should he have picked up on the ruse when the interviewer mentioned “training camps?” Probably.

At worst, these oversights make Scaffido a somewhat inattentive administrator behind on international news. However bad, they clearly do not warrant the punishment that followed: Vilification in the blogosphere; thousands of tweets and Facebook posts condemning him as a traitor; and even the public rebuke by a U.S. Congressman.

The first organization to begin the public shaming was the New York Post, which dramatically proclaimed in its “EXCLUSIVE” headline: “Cornell dean says ISIS welcome on campus in undercover video.” The media feeding frenzy was well underway by Tuesday afternoon, with Fox News, The Washington Times, Syracuse.com, and even Yahoo News all joining the pile-on.

With the story drawing more and more attention, it wasn’t long before Cornell issued a response. In a sharply worded rebuke, President David Skorton both threw his support behind Scaffido and attacked O’Keefe’s character. He did not mince words.

Project Veritas, the organization behind this shoddy piece of ‘journalism,’ has been repeatedly vilified for dishonest, deceitful activity. It is shameful that any individual would pose as a student facing racial discrimination at another university, ask leading questions on hidden camera about Cornell’s tolerance for differing viewpoints and backgrounds, and then conveniently splice together the resulting footage to smear our assistant dean and our University.

The statement itself was an astonishing gesture: Here was Skorton -- a board-certified cardiologist, about to become the 13th secretary of the Smithsonian Institution -- going toe-to-toe with a conservative provocateur perhaps best known for trying to lure a CNN reporter onto a boat filled with sex toys.

The contrast was so striking that it would be easy to lose sight that there’s a real person at the center of this controversy. Scaffido is made out by both Project Veritas and the conservative media to be an all-powerful academic bureaucrat. In reality, his primary responsibility is to advise students in event and concert planning, says Justine Fields, a recent Cornell alum who worked closely with Scaffido during her time as a student.

Fields now works in event planning in California, and credits much of her career to Scaffido’s influence. While at Cornell, she spent almost every day in Scaffido’s office — the same office in which Project Veritas would work to baselessly discredit his reputation just a few years later.

“I don’t even have words, it’s so upsetting,” Fields says of the video. “Joe was doing nothing wrong. They made nonsense out of nothing.”