Dan Bernstein's apology isn't enough: Sexism in the sports world has to stop

Another day, another mea culpa for a sexist comment. Enough already 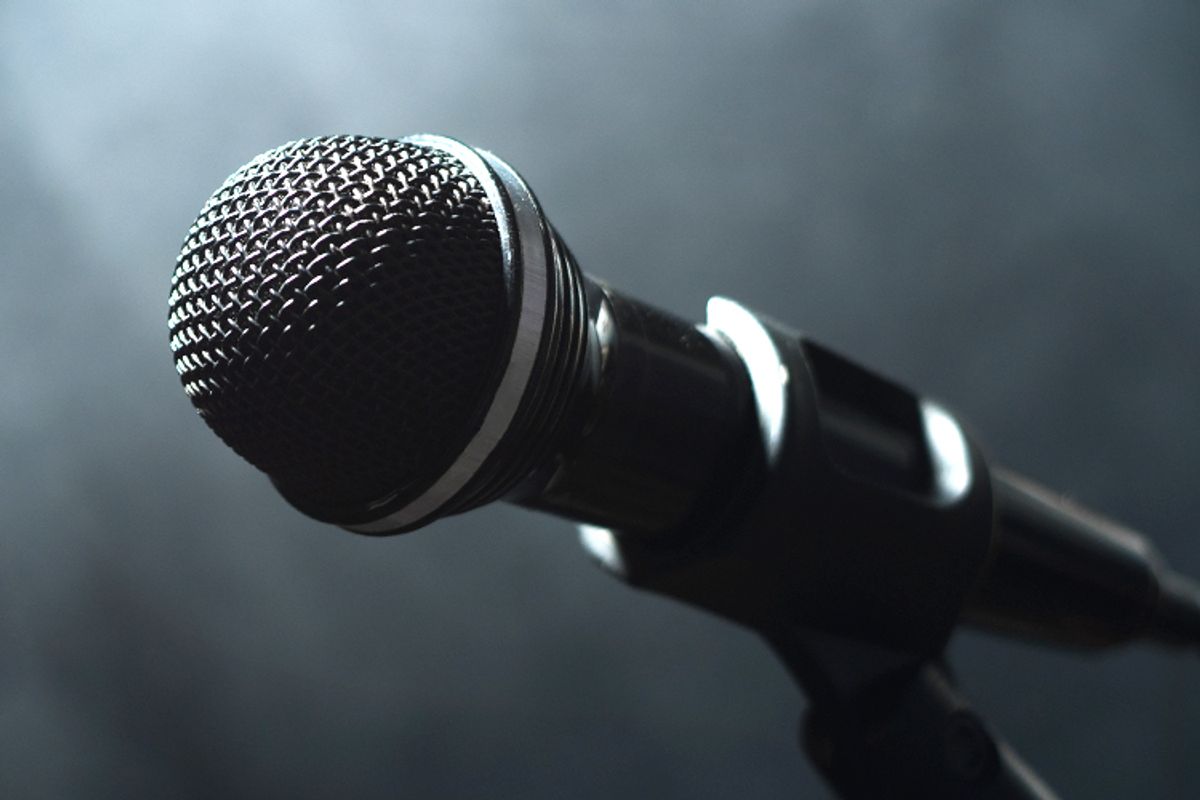 Dan Bernstein says he's an idiot. I'll buy that. The WSCR-AM 670 sports jock is speaking about his recent Twitter observations regarding Comcast SportsNet Chicago reporter Aiyana Cristal. Comments that can best be described as idiotic.

On Wednesday evening, Bernstein got into an exchange with his colleague at The Score Matt Spiegel. Spiegel observed, "Aiyana Cristal makes me uncomfortable. I feel how hard she's trying, & end up awkwardly rooting for her to finish cleanly." Bernstein replied, "I have no rooting interest in her work, but enjoy her giant boobs." Then to reiterate, he posted again, "Boobs," to which Spiegel replied, "Seconded." Hey, look, white dudes making sexually inappropriate comments about a female of color in sports. Where have we seen this before? Oh, I remember – it was earlier this goddamn week. Way to go, guys! Do you have a quota you need to hit or something?

After the little back and forth caught plenty of negative attention -- from both men and women -- Bernstein issued an on-air apology on the Thursday "Boers and Bernstein Show." "I'm an idiot," he said. "There are certain times when you can be childish and crass and there are other times when it's just really stupid to be a child. My tweet was childish, my tweet was crass and unnecessary, and I'm sorry I dragged an innocent person into it who's doing a job. I made an observation I shouldn't have made, and it was childish and silly and stupid."

Later, Spiegel apologized as well, saying on Twitter, "My initial tweet was about a reporter's on air presence & work. I stand by that; fair game. I regret the exchange thereafter as it devolved. I missed an opportunity to keep the subject on point, & stay respectful. I'm sorry for that on many levels, & sad I offended Aiyana & others."

Let me just remind you, in case you need reminding, that this is exactly the kind of garbage women – and young girls – are routinely subjected to. You certainly see it in the world of sports. In 2010, ESPN suspended Tony Kornheiser for his withering remarks about SportsCenter's Hannah Storm's wardrobe choice. Last fall, comic Artie Lange went on a Twitter fantasy rant about ESPN's Cari Champion, in which "I’m T. Jefferson & she’s my slave." But we can't confine ourselves to the world of athletic endeavor. Note, for example, the dueling pouty responses from the brothers Carlson toward Bill de Blasio spokesperson Amy Spitalnick this week -- an epic combination of tone policing entitlement and straight up sexual grossness. Speaking for his hilariously named brother Buckley Thursday, Tucker Carlson explained that his sibling had meant to call Spitalnick a "whiny little self-righteous bitch" and a "LabiaFace" in "the nicest way." Well, at least he's not insulting us by feigning contrition, I guess.

In contrast, Bernstein does seem to have a grudging comprehension that he overstepped a boundary, even if I'm going to go ahead and guess that his understanding of what the "certain times when you can be childish and crass" are, and how the environment of "childish and crass" commentary affects women and in particular women of color, is probably far, far too generous to guys exactly like himself. Still, it's an apology. But my question for the next time some blowhard mouths off again about a woman's bangability in a conversation about her work -- and I imagine that's about five minutes from now -- is this. How much more of this crap are we supposed to endure here? At what point are we not going to have to tell guys like Bernstein that they're being inappropriate and unprofessional and that their opinion of a female peer's body is not something they need to share with the entire Internet? I am so, so tired of apologies, because I am fed up with all of the insulting, idiotic and frankly wildly thoughtless nonsense that precedes them. It's that arrogance, that whole talking without thinking thing, that's so galling, that speaks so tellingly to how little attention or consideration these fellows have for the women they demean. So at what point are you clowns going to just not say this stuff in the first place? Give it a shot. Just think, then you won't have to apologize later.