The meat industry is contributing to a crisis of global proportions, and the White House is giving it a free pass

The White House has a new plan to address antibiotic resistance, but it falls way short of what's needed 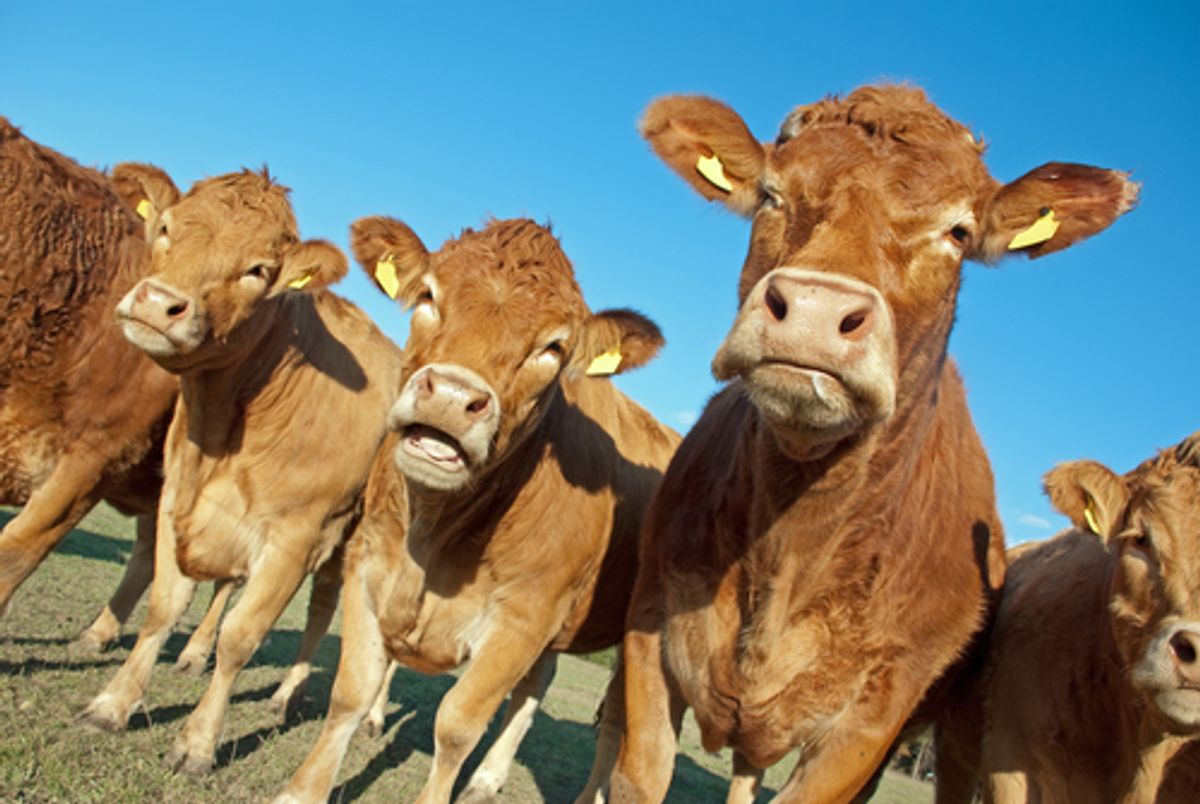 It's a bad sign when McDonald's is doing more to address the rampant overuse of antibiotics on factory farms than the White House -- especially when antibiotic resistance is fast becoming a global crisis on par with climate change.

The Obama administration fully acknowledges the threat, and livestock's contribution to it, in its National Action Plan for Combating Antibiotic-Resistant Bacteria, released Friday. It asserts: "Misuse and over-use of antibiotics in healthcare and food production continue to hasten the development of bacterial drug resistance, leading to loss of efficacy of existing antibiotics." Yet while it takes some solid steps to address the healthcare problem, critics say it all but abandons any attempts to reform factory farm practices.

The problem, explains Mae Wu, a health attorney at the Natural Resources Defense Council (NRDC), is that the plan keeps with the FDA's flawed strategy of focusing only on the elimination of antibiotics used to promote growth, and not those routinely used for disease prevention. "The administration tries to draw a false distinction between growth promotion uses and disease prevention uses -- a distinction not recognized by bacteria," she wrote in a blog post. "Both uses often involve routine, low doses of antibiotics given to large groups of animals for long periods of time -- ideal conditions for breeding drug-resistant bacteria."

What's more, pointed out Steven Roach, a senior analyst for Keep Antibiotics Working (KAW), is that the plan doesn't set any targets for reducing antibiotic use in animals -- about 80 percent of all antibiotics sold in the U.S. go to agriculture. "This means that the only measure of success will be whether or not companies remove growth claims from the labels," he said in a statement, "even if on-farm antibiotic use continues to rise."

The need for antibiotics to prevent disease at all is a consequence of the crowded and unsanitary conditions on factory farms, meaning we're unlikely to see meat producers cut down on them with external pressure. But doing so wouldn't necessarily cripple the industry: the authors of a recent study on the global rise of meat industry antibiotic use told Salon it would cost about $1 billion to phase out the drugs from U.S. farms. “That sounds like a big number,” said researcher Ramanan Laxminarayan, “but it’s really small compared to the potential consequences for human health.”

The plan does more to address the human medicine component, specifically by improving surveillance of antibiotic-resistant bacteria and funding the development of rapid diagnostic tests that can help prevent misuse of the drugs. But critics like Elizabeth Jungman, the director of public health programs at The Pew Charitable Trusts, say they're concerned, too that it falls short in incentivizing the discovery of brand-new antibiotics.

If the White House's plan does do one thing right, it's in making the stakes of combatting resistance clear. Drug-resistant bacteria, it reiterates, sicken up to 2 million Americans each year, kill about 23,000 and "limit our ability to perform a range of modern medical procedures, such as chemotherapy, surgery, and organ transplants." Resistance "is a global health problem that requires international attention and collaboration," it further stresses, "because bacteria do not recognize borders."

That makes it all the more discouraging that the administration isn't doing more. “I’ve said to people, ‘Right now your government is not going to protect you,’” Rep. Louise Slaughter (D-NY), a microbiologist and long-time advocate for strengthening antibiotic policy, told Politico. “They’re about 10 years behind.”