A lack of worldliness is clouding our vision on everything from sex to economics, and the proof is in our policies 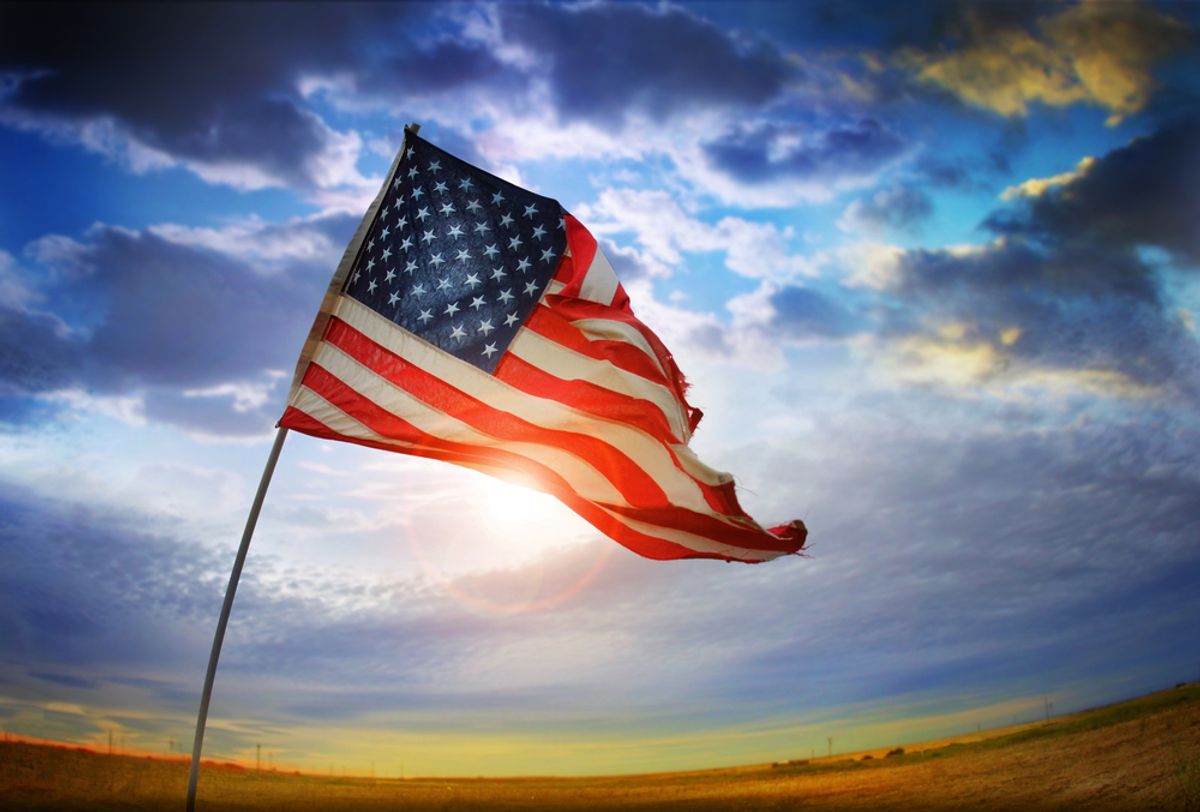 To hear the far-right ideologues of Fox News and AM talk radio tell it, life in Europe is hell on Earth. Taxes are high, sexual promiscuity prevails, universal healthcare doesn’t work, and millions of people don’t even speak English as their primary language! Those who run around screaming about “American exceptionalism” often condemn countries like France, Norway and Switzerland to justify their jingoism. Sadly, the U.S.’ economic deterioration means that many Americans simply cannot afford a trip abroad to see how those countries function for themselves. And often, lack of foreign travel means accepting clichés about the rest of the world over the reality. And that lack of worldliness clouds many Americans' views on everything from economics to sex to religion.

Here are nine things Americans can learn from the rest of the world.

1. Universal Healthcare Is Great for Free Enterprise and Great for Small Businesses

The modern-day Republican Party would have us believe that those who promote universal healthcare are anti-free enterprise or hostile to small businesses. But truth be told, universal healthcare is great for entrepreneurs, small businesses and the self-employed in France, Germany and other developed countries where healthcare is considered a right. The U.S.’ troubled healthcare system has a long history of punishing entrepreneurs with sky-high premiums when they start their own businesses. Prior to the Affordable Care Act of 2010, a.k.a. Obamacare, many small business owners couldn’t even obtain individual health insurance plans if they had a preexisting condition such as heart disease or diabetes—and even with the ACA’s reforms, the high cost of health insurance is still daunting to small business owners. But many Americans fail to realize that healthcare reform is not only a humanitarian issue, it is also vitally important to small businesses and the self-employed.

In 2009, the Center for Economic and Policy Research published a study on small businesses around the world and found that “by every measure of small-business employment, the United States has among the world’s smallest small-business sectors.” People in the Netherlands, France, Germany, Sweden, Finland, Belgium and other European countries are more likely to be self-employed—and the study concluded that universal healthcare is a key factor. According to CEPR’s study, “High healthcare costs discourage small business formation since start-ups in other countries can tap into government-funded healthcare systems.”

For decades, social conservatives in the U.S. have insisted that comprehensive sex education promotes unplanned pregnancies and sexually transmitted diseases. But in fact, comprehensive sex education (as opposed to the abstinence-only programs that are common in the American Bible Belt) decreases sexual problems, and the data bears that out in no uncertain terms. Public schools in the Netherlands have aggressive sex education programs that America’s Christian Right would despise. Yet in 2009, the Netherlands had (according to the United Nations) a teen birth rate of only 5.3 per 1,000 compared to 39.1 per 1,000 in the U.S. That same year, the U.S. had three times as many adults living with HIV or AIDS as the Netherlands.

Switzerland, France, Germany and many other European countries also have intensive sex-ed programs and much lower teen pregnancy rates than the U.S. Still, far-right politicians in the U.S. can’t get it through their heads that inadequate sex education and insufficient sexual knowledge actually promote teenage pregnancies and sexually transmitted diseases instead of decreasing them.

3. American Exceptionalism Is Absolute Nonsense in 2015

No matter how severe the U.S.’ decline becomes, neocons and the Tea Party continue to espouse their belief in “American exceptionalism.” But in many respects, the U.S. of 2015 is far from exceptional. The U.S. is not exceptional when it comes to civil liberties (no country in the world incarcerates, per capita, more of its people than the U.S.) or healthcare (WHO ranks the U.S. #37 in terms of healthcare). Nor is the U.S. a leader in terms of life expectancy: according to the WHO, overall life expectancy in the U.S. in 2013 was 79 compared to 83 in Switzerland and Japan, 82 in Spain, France, Italy, Sweden and Canada and 81 in the Netherlands, Germany, Norway, Austria and Finland.

When it comes to mass transit, Europe and Japan are way ahead of the U.S.; in only a handful of American cities is it easy to function without a car. New York City, Chicago, Boston, Philadelphia and Washington, DC are among the U.S.’ more mass transit-oriented cities, but overall, the U.S. remains a car culture—and public transportation is painfully limited in a long list of U.S. cities. Many Americans fail to realize that mass transit has numerous advantages, including less air pollution, less congestion, fewer DUIs and all the aerobic exercise that goes with living in a pedestrian-friendly environment.

5. The Bible Was Not Written by Billionaire Hedge Fund Managers

Christianity in its various forms can be found all over the developed world. But the U.S., more than anywhere, is where one finds a far-right version of white Protestant fundamentalism that idolizes the ultra-rich, demonizes the poor and equates extreme wealth with morality and poverty with moral failings. The problem with hating the poor in the name of Christianity is that the Bible is full of quotes that are much more in line with Franklin Delano Roosevelt than Ayn Rand—like “It is easier for a camel to go through the eye of a needle than for a rich man to enter into the kingdom of God” (Mark 10:25) and “The love of money is the root of all evil” (1 Timothy 6:10).

6. Learning a Second or Third Language Is a Plus, Not a Character Flaw

In the Netherlands or the Scandinavian countries, becoming proficient in two or three foreign languages is viewed as a sign of intellect and sophistication. But xenophobia runs so deep among many neocons, Republicans and Tea Party wingnuts that any use of a language other than English terrifies them. Barack Obama, during his 2008 campaign, was bombarded with hateful responses from Republicans when he recommended that Americans study foreign languages from an early age. And in the 2012 GOP presidential primary, Newt Gingrich’s campaign ran an ad in South Carolina attacking Mitt Romney for being proficient in French.

In February, an eighth-grade girl who was studying Latin in Vermont received equally clueless responses when she wrote to a state senator suggesting that Vermont adopt a Latin motto in addition to its English-language motto (not as a replacement). The wingnuts went ballistic, posting on the Facebook page of a local television station that if the girl wanted to speak Latin, she should move to Latin America.

In 2014, a Gallup poll found that 53% of Americans approved of labor unions while 71% favored anti-union “right to work” laws. Union membership is way down in the U.S.: only 6.6% of private-sector workers, according to the Bureau of Labor Statistics, belonged to unions in 2014 compared to roughly 35% in the mid-1950s. The U.S.’ overall unionization rate (factoring in both public-sector and private-sector workers) is 11.1%, which is quite a contrast to parts of Europe, where overall union rates range from 74% in Finland and 70% in Sweden to 35% in Italy, 19% in Spain and 18% in Germany. That is not to say unionization has not been decreasing in Europe, but overall, one finds a more pro-labor, pro-working class outlook in Europe. The fact that 47% of Americans, in that Gallup poll, consider themselves anti-union is troubling. Too many Americans naively believe that the 1% have their best interests at heart, and they fail to realize that when unions are strong and their members earn decent wages, that money goes back into the economy.

8. Paid Maternity Leave Is the Norm in Most Developed Countries

9. Distrust of Oligarchy Is a Positive

In February, the Emnid Polling Institute in Germany released the results of a poll that addressed economic and political conditions in that country: over 60% of the Germans surveyed believed that large corporations had too much influence on elections. ThE survey demonstrated that most Germans have a healthy distrust of crony capitalists and oligarchs who take much more than they give. Meanwhile, in the U.S., various polls show a growing distrust of oligarchy on the part of many Americans but with less vehemence than in the German Emnid poll. A 2012 poll by the Greenberg Quinlan Rosner Research showed that while 62% of American voters opposed the U.S. Supreme Court’s disastrous Citizens United decision, only 46% strongly opposed it. And in a 2012 poll by the Corporate Reform Coalition, most Americans agreed that there was too much corporate money in U.S. politics—although only 51% strongly agreed.