Uber isn't driving gender equality: Why its new hiring scheme is a road to nowhere

The ride-for-hire app company has a well-known woman problem. It's latest PR ploy doesn't offer much of a solution 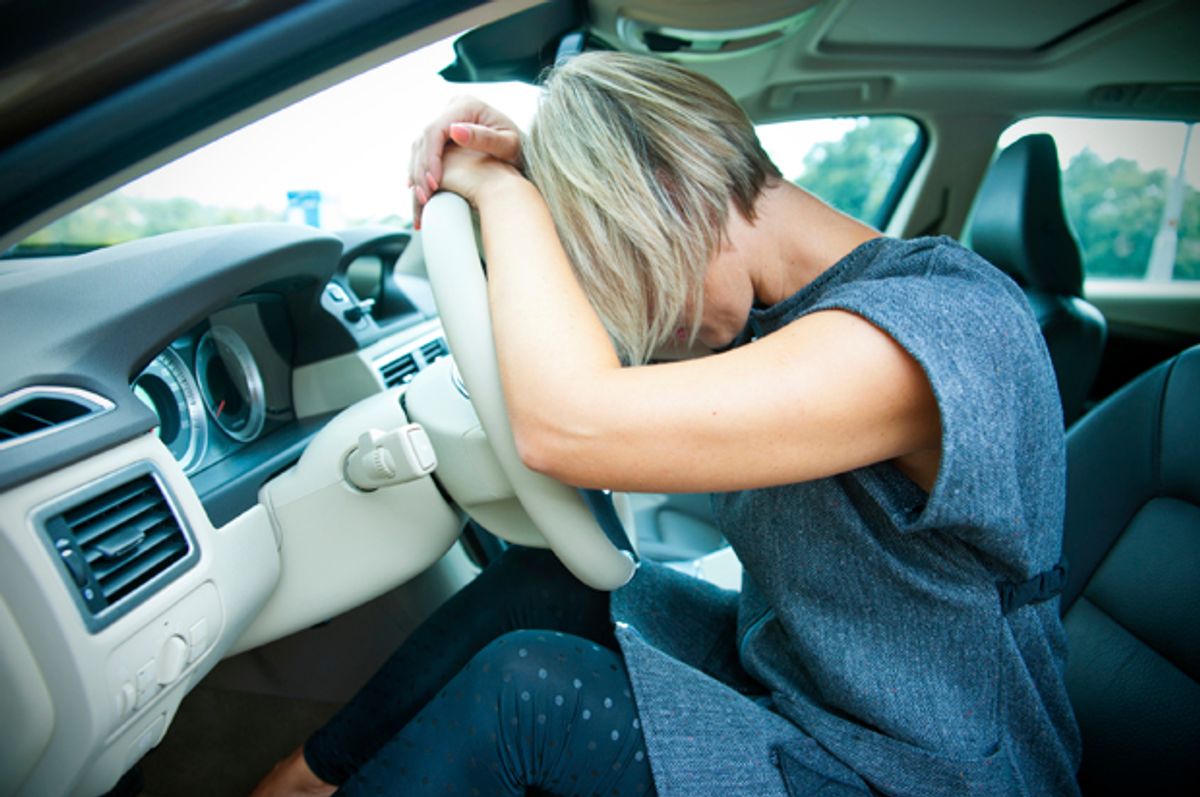 There have been a lot of ridiculous claims made about apps and what is loosely called “the sharing economy.” And, to be fair, not all of them have been made by tech boosters. But the email that went around last week from ride-for-hire app company Uber about its new and exciting partnership with UN Women to “Step it Up for Gender Equality” by hiring 1,000,000 women might have been the most laughable yet.

Or it would be laughable, if the UN didn’t appear to actually have put its stamp on Uber’s latest branding ploy.

More from DAME: "Why Do We Feel So Ashamed About Sex"

See, Uber sort of has a woman problem. The company, which created an app by which professional and amateur drivers can sign up to drive around passengers for a fee, is facing complaints by its female customers, that drivers have sexually harassed them—or even, in one lurid case, kidnapped and raped them. An executive with the company had to apologize after making statements at a party about digging up personal dirt on a female journalist. Perhaps Uber has some business reasons to promote itself as a woman-friendly company.

So Uber will fix its problems by hiring women to drive for it. One million women, if its press release, with a big blinking “1,000,000” at the top, is to be believed. Though Uber doesn’t even have a million drivers yet, and is a little unclear on how it plans to achieve this lofty goal, its release—co-signed by Uber CEO Travis Kalanick and UN Women executive director Phumzile Mlambo-Ngcuka—declares that Uber and the UN will “work together around the world toward a shared vision of equality and women’s empowerment,” and “invest in long-term programs in local communities where we live and work.”

“Hiring” is a bit of a stretch since the company both expects drivers to pass background checks and also counts its drivers as “independent contractors.” That means that rather than being employees who are eligible for benefits like health care, family leave, and paid vacation, its workers make what they are paid for each individual ride, less Uber’s cut. They are also responsible for providing and maintaining their own cars. The benefit for drivers is that they can turn off the app when they don’t feel like working, allowing them to make their own schedule and perhaps drive part-time while holding down another job or doing other freelance work. The downside is that there is little protection or support for drivers.

A group of California Uber drivers have even filed a class-action lawsuit claiming that they are misclassified—that they fit the legal definition of employees, not independent contractors, and thus are owed compensation for the costs of doing business that they have so far been footing. In addition, the suit [PDF] also claims that Uber prevents the drivers from getting tipped by telling customers gratuity is included and then not turning over to drivers the total tip.

More from DAME: "Grow the Eff Up!"

There’s little sharing about this sharing economy. Uber is not a “ride-sharing” app; as its press release touting the jobs it will create attests, it is a company that hires employees to do a job. Its major innovation is the creation of an app—which, Mike Konczal at The Nation points out, isn’t actually that hard to build and even easier to maintain once built.

The thing is, as I’ve written elsewhere, these jobs aren’t new. They’re putting a shiny high-tech futuristic gloss on old practices like piecework—women of a century ago used to assemble garments at home, paid by the piece rather than by the time it took to do the work—and temporary labor. The temp industry in particular, as sociologist Erin Hatton writes in her book The Temp Economy: From Kelly Girls to Permatemps in Postwar America, got its start by exploiting sexist stereotypes of women workers. Temp work, in other words, has always been gendered.

Kelly Girl Services (now just Kelly Services) promoted its “girls” as flexible part-time workers who would show up when you needed them and disappear when they didn’t. Women, the theory was, didn’t need full-time secure work because they had men for that. They just needed a bit of pin money to buy some little extras. The flexibility that has now become a major selling point for app-based gig systems like Uber and TaskRabbit was always expected of women.

Women too have historically been expected to do the jobs that require emotional labor and personal service. While taxi-driving and Uber driving are currently dominated by men, Uber in particular gives its customers a lot of power by allowing them to rate their drivers—a poor rating might lead to the driver getting fired. Drivers have to put on a smile and pretend they’re having a great time even if their passenger is a jerk. If it becomes a selling point for Uber that it has female drivers, driving strangers around in their personal vehicles for a fee, it is easy to imagine what kind of male customers that might attract and what boundaries might disappear, encouraged by cuddly “sharing economy” branding.

More from DAME: "This Anti-Choice Ploy Will Make You Explode with Anger"

Driving for hire is already a dangerous job, as my colleague Michelle Chen points out. Taxi drivers suffer homicide on the job at a rate 20 to 30 times higher than the average worker (and since many drivers are immigrants, racism plays an ugly role in the violence many drivers face). A 2010 study by the Occupational Health Internship Program and the New York Taxi Workers Alliance, a labor organization that fights to improve conditions for taxi drivers, reported that 51.1 percent of surveyed drivers had been verbally threatened and 17.3 percent had been physically assaulted in the past year. This is one reason that there aren’t many women driving cabs or Uber cars in the first place.

Uber’s idea, that women riders and women drivers might feel safer together, isn’t even terribly original. SheRides, a woman-founded company that partners with existing car services to connect women drivers with women passengers, already exists, and in India there have been all-female cab companies for years.

As Konczal points out, there’s little reason that women (or anyone else) need Uber executives for economic empowerment, and there’s little empowerment in working for an exploitative boss. Perhaps what would-be women drivers should do instead is start their own company—since Uber already requires them to own their own capital in the form of their cars, all they need to do is pool a bit of their cash to pay a developer to build and maintain an app.

Or one might suggest that Uber’s new women drivers get to know another inspirational woman leader: the Taxi Workers Alliance director, Bhairavi Desai.