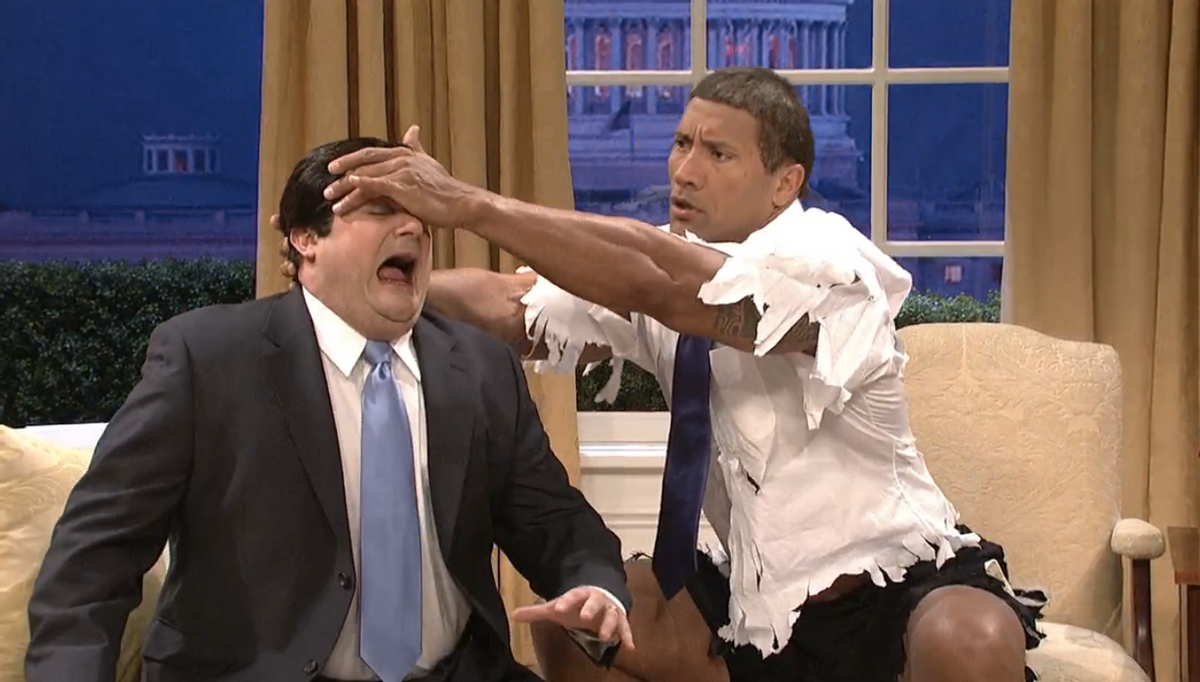 Between Arkansas Sen. Tom Cotton penning an open letter to Iran leaders, House Speaker John Boehner inviting Netanyahu to give a speech to Congress and Texas Sen. Ted Cruz congratulating the Israeli Prime Minister for being an "extraordinary leader," there's probably never been a more appropriate time for a return of "The Rock Obama."

On the "Saturday Night Live" cold open last night, Dwayne Johnson reprised his role as the "larger and more violent" POTUS and opened a can of whoop ass on the Republicans for all of their double-dealing this month.

"You like Israel? Maybe you should go visit Israel," Johnson says before hurling Boehner (Taran Killam) out of the Oval Office window. And later, to Cruz: "I ask, please, may I crush your head?" Even the First Lady -- played by Shasheer Zamata -- was able to join in on the ligament-ripping fun for the first time in the recurring sketch's run. After learning that her garden is not being fully attended to, she becomes "She Rock Obama" (Leslie Jones) and goes ballistic on a Secret Service agent.