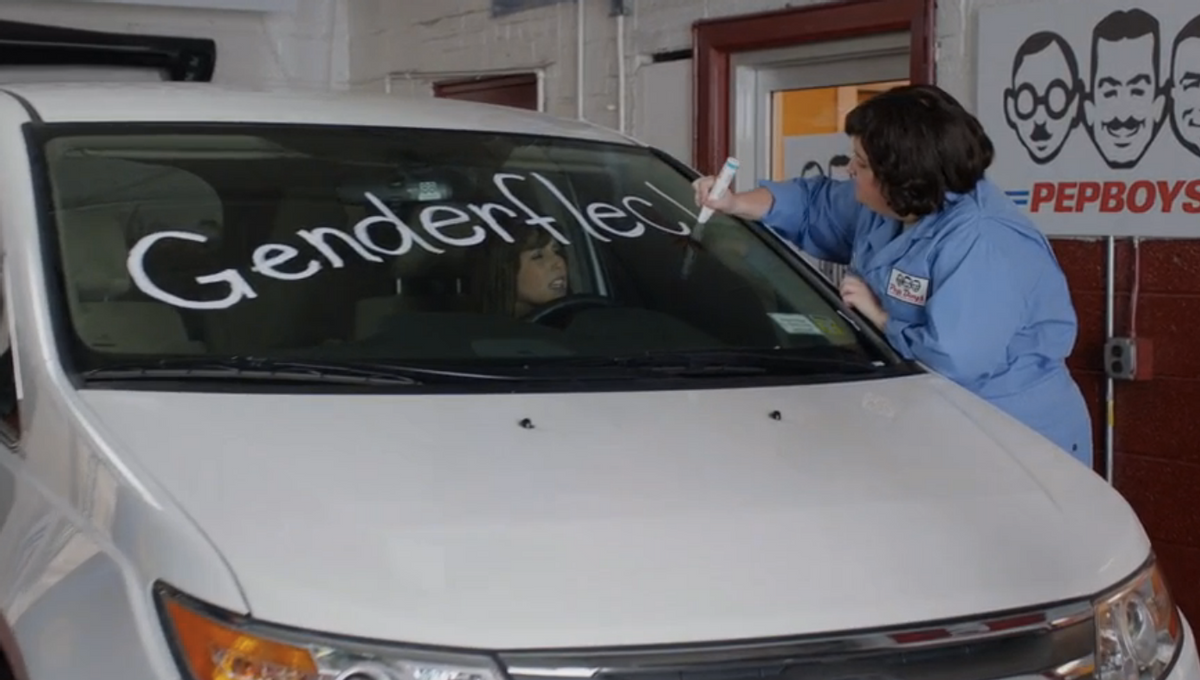 "SNL" imagined a dystopia in which Pep Boys, the car-service chain, piggybacked off of Starbucks' failed altruistic efforts with a campaign that tackled issues of gender and sexual identity -- #genderflect! Much in the same way Starbucks baristas were -- for a week, at least -- asked to write #RaceTogether on customers' coffee cups, the "SNL" promo featured Pep Boys mechanics lovingly writing "genderflect" on windshields and attempting to engage customers in dialogue around complex issues of gender identity. With little luck, of course.

"You know what my favorite show is? Ellen. That's important because she used to be a man," one mechanic (Jay Pharoah) says to an unamused customer (Kate McKinnon) who would love nothing more than him to pause the banter and return her car.