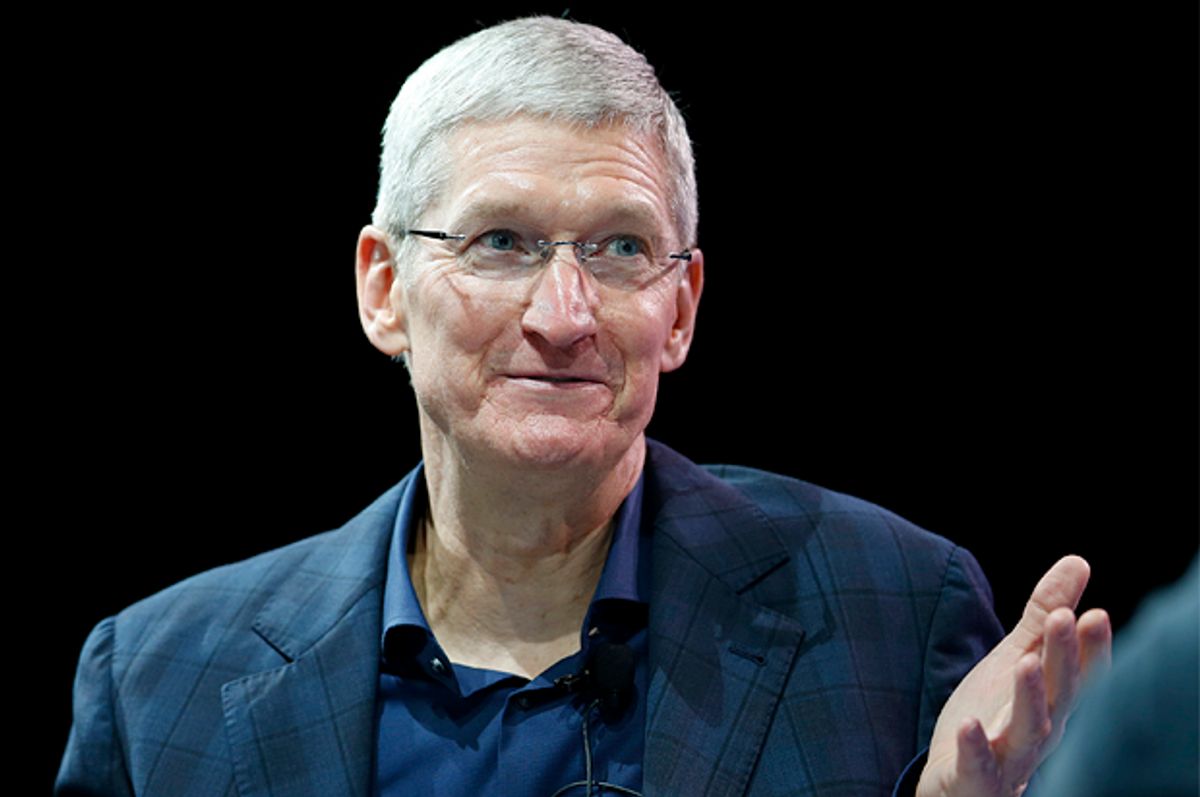 Apple head Tim Cook published a to-the-point op-ed in the Washington Post on Sunday, criticizing the spate of discriminatory so-anti-LGBT measures that have been introduced and passed in several states across the country in recent months. Describing laws such as Indiana's so-called "religious freedom" act, which Gov. Mike Pence signed last week, discriminatory and "dangerous," Cook reasserted Apple's commitment to diversity and criticized the measures as bad business.

"America’s business community recognized a long time ago that discrimination, in all its forms, is bad for business," Cook writes. "At Apple, we are in business to empower and enrich our customers’ lives. We strive to do business in a way that is just and fair. That’s why, on behalf of Apple, I’m standing up to oppose this new wave of legislation — wherever it emerges."

Cook, who came out as gay last fall, echoes pushback from other organizations -- such as the NCAA and Angie's List -- over laws such as Indiana's, which allows business owners to refuse service to same-sex couples. And, in addition to highlighting the possibility that "religious liberty" bills could hamper economic growth, the Apple CEO also spoke to the human repercussions of legalized discrimination.

"This isn’t a political issue," Cook writes. "It isn’t a religious issue. This is about how we treat each other as human beings."