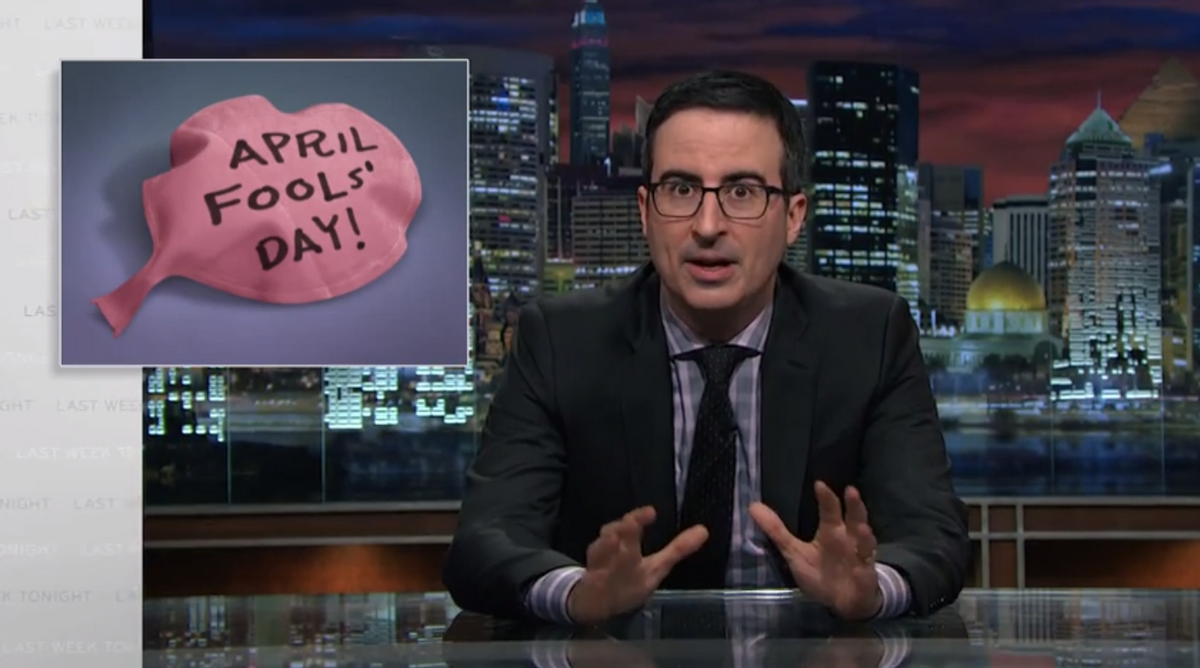 Even though "Last Week Tonight" did not air last night on HBO in order to make room for “Going Clear: Scientology and the Prison of Belief,”  John Oliver had a plea that simply couldn't wait until next week: "Never, ever" celebrate April Fools' Day, he lamented on his Youtube channel Sunday.

Oliver stated in that video: "April Fools’ Day is to comedy as St. Patrick’s Day is to Irish culture. That is to say, it is a mockery of the very concept that usually ends in a fistfight.”

He went on to attack those participants of the "sociopathic" holiday, before asking America to recite a "No Prank Pledge" with him to "stop being a dick."

“Pranks are terrible,” he said. “And anyone who claims to be excited for April Fools’ Day is probably a sociopath. Because what they’re really saying is, ‘I cannot wait to hurt the people close to me.’”