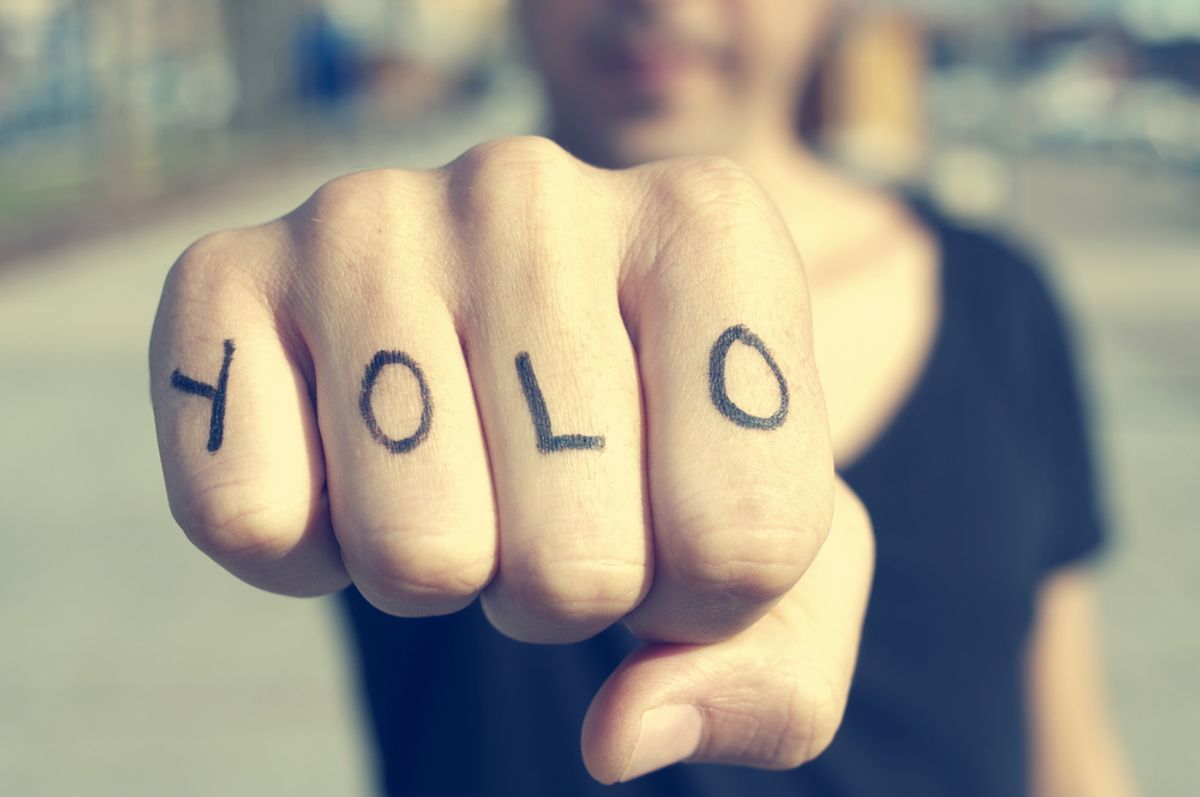 For all the talk of millennials being diverse and open-minded, one would think that few of today's 20-somethings would believe sex outside of a committed relationship is immoral. And yet. A broad survey by the Public Religion Research Institute finds that many millennials actually have surprisingly conservative views on sex and sexuality, with nearly 40 percent of young people polled saying they believe sex acts between people of the same gender or between teenagers are wrong.

According to the study, which polled 2300 Americans between the ages of 18 and 35, 37 percent of participants expressed concerns about the morality of sex between people who were not in (and had no plans to be in) a committed relationship. Stunningly, 38 percent believe homosexual intercourse is always morally wrong, despite the fact that millennials seem to be well aware of the social stigma this attitude creates. Nearly half of respondents said transgender people face significant stigma in their communities, and 29 percent said they believe gay and lesbian people are also targeted.

Almost a quarter said women who have had abortions also face social stigma, which is most certainly reflected in many millennials' views on the procedure. Interestingly, study participants' views on abortion essentially mirror the general public's, with a majority asserting that the procedure should be legal, but with nearly as many participants saying the procedure should be illegal in most cases as there were participants who said it should be legal in most cases. Breakdowns by race and religion indicate different feelings, though, which shouldn't be too surprising: 80 percent of respondents who identified as "white Evangelical Christians," for example, said they oppose abortion.

Aside from the unexpected conservatism (balanced with some hallmark millennial openness on issues such as marijuana legalization and same-sex marriage), one notable aspect of the findings is that breakdown by race and religion. White, American Pacific Islander and Hispanic millennials, for example, were more comfortable than black millennials discussing STIs with their sexual partners, but the differences are even more pronounced on some issues not relating to sexuality. While nearly two-thirds of white participants said they believe the country is moving in the wrong direction, a whopping 71 percent of black respondents said exactly the opposite.

The survey results are fascinating, and indicate that one thing we think we know about millennials, might be true: They feel a lot of ambivalence about a lot of things, and still manage to be diverse in their opinions.