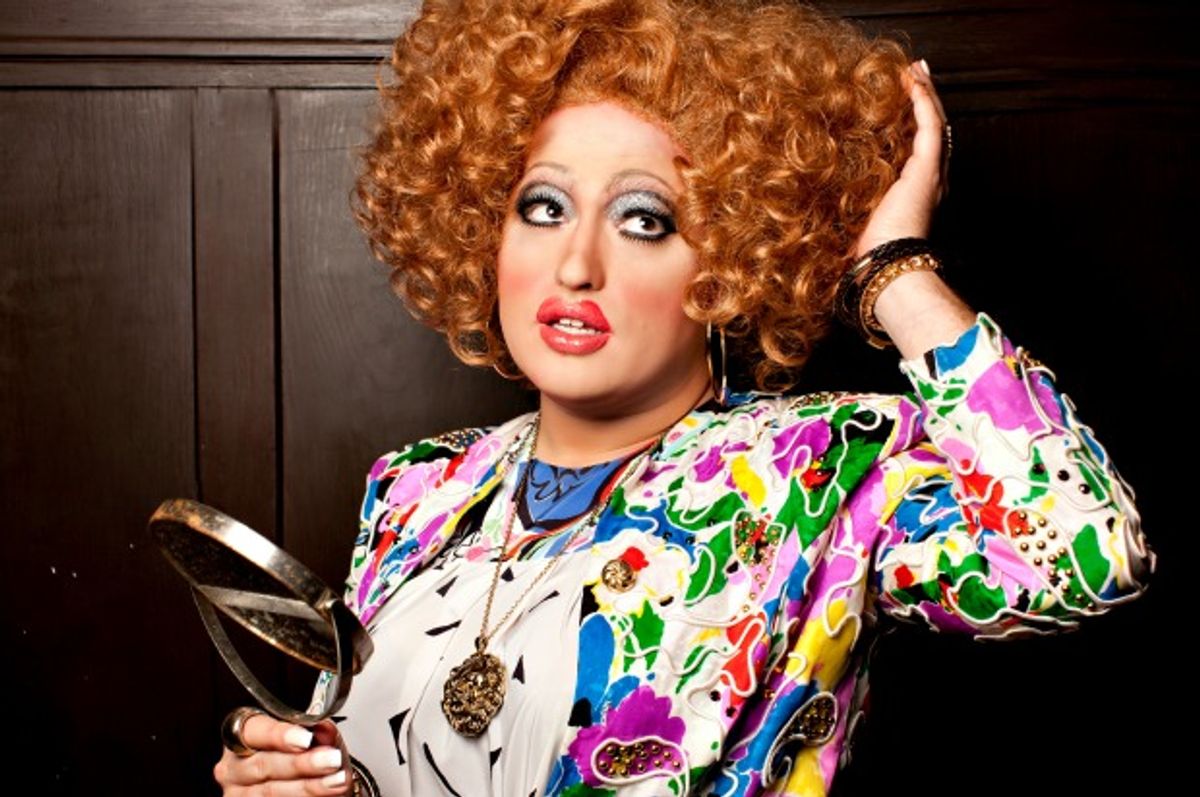 A couple of weeks ago, Facebook updated its Community Standards, offering a clearer description of what kinds of activities are (and aren’t) allowed.  This is a step in the right direction; as social media increasingly hosts problematic content from teenage bullies to reactionary political groups, giving users added transparency and new tools to stay safe is a good thing.  And yet, Facebook’s still on the wrong side of one major issue: policing users’ names.

This fall, I was one of San Francisco’s drag queens who led a public campaign to pressure the company to ditch its so-called “real names” policy.  After a few weeks of protests, press conferences, and meetings in Menlo Park, we reached what we seemed a victory: Facebook apologized and agreed to allow users to go by their “authentic names.”  However, after months of further negotiations, we haven’t seen much progress.  As one of the public faces, I still get emails every day from people around the world whose accounts are blocked, and it’s only gotten worse.  That’s why we’re back to planning a protest.

Generally speaking, Facebook’s updated Community Standards are great at targeting bad behavior: no direct threats, no hate speech, no sexual exploitation, no fraud.  But it’s precisely this focus on dangerous activity that makes its identity policing so odd; I’ve yet to hear a compelling reason why allowing users to choose names poses a pressing problem.  Facebook claims it’s about authenticity and accountability.  Sure, being able to create an account under an assumed name could theoretically make it easier for a user to stalk someone, send harassing messages, or impersonate another user.  But those are themselves reportable offenses which should be met with serious consequences and specialized prevention tools, not a blanket policy that hurts millions of users and is only selectively enforced.

Facebook imagines itself as a community, but its names policy fails to acknowledge how diverse people experience their everyday lives.  In updated language, Facebook requires users to “provide the name they use in real life,” but their list of acceptable IDs still suggests a rather rigid definition of what’s “real.”  Most of us don’t ask for ID when we chat with a stranger at the supermarket or introduce a friend at a party.  We also sometimes go by different names to different people, whether a nickname, a linguistic or cultural switch, or to maintain a bit of privacy.  My mother would never call me Lil Miss Hot Mess, but thousands in San Francisco would—and neither one is any less authentic.  That’s why our group has suggested that Facebook switch from verifying IDs to confirming that someone is a real person (not a bot or stalker) using a process like their already active “trusted contacts” system, which asks 3-5 friends to vouch for you if you accidentally get locked out of your account.

And let’s be real about another thing: most of us don’t merely turn to the Internet to replicate our daily lives, but to go beyond them.  Any active user has friends who they connect with primarily through Facebook, whether folks they met once or old classmates they haven’t seen in a decade.  And for many of us who are already on the margins, being able to make these virtual connections—outside regular social structures and where we live—can deeply change our lives.  For transgender people specifically—who face disproportionate rates of violence, murder, and suicide—Facebook can literally be a lifeline to swap resources, meet supporters, and even try out a new name before transitioning publicly.  Unfortunately, under the current policy, most transgender youth cannot meet Facebook’s stringent ID requirements.  Additionally, people often report users’ names—which doesn’t require any proof—as a form of targeted harassment itself.

What’s more, probably half the people who contact me use chosen names to protect themselves from stalkers, violent family members, and others who have abused them, online and off.  I’ve also heard from countless medical and mental-health professionals, teachers, and law enforcement officials, who are looking for privacy from their clients and students.  For many, Facebook’s built-in safeguards—including being able to block users—aren’t enough, given that all profile names and images are public.  Using a chosen name is a proactive way that these individuals authentically connect with those they love and care about, with less fear of being found by those who might cross boundaries or cause serious harm.

Of course, we can’t forget that Facebook isn’t actually a community—it’s one of the world’s most powerful tech companies.  Despite its stated intention to create an open environment, when it comes to Community Standards, Facebook sets the policies, enforces them, and adjudicates the appeals.  (Actually, in many cases including names reporting, it doesn’t have a formal appeals process at all.)  Put another way, there are no checks and balances, and despite serving as a public forum, users guaranteed true freedom of speech—the buck stops with Facebook.  Sure, it’s a private (and unregulated) company, but it’s also one of the world’s largest communications platforms—with a user base that rivals the population of China—and for many professionals, usage is compulsory beyond peer pressure.

In a blog post accompanying the update, Mark Zuckerberg describes the difficulty in meeting the needs of a global community, writing that Facebook aims “to give the most voice to the most people.”  It’s a seemingly fair principle, but one that inherently upholds the status quo, offering more voice to those who are already quite loud, while further marginalizing those who are too-often silenced.  Put simply, it runs the risk of a new tyranny of the majority.   It’s no surprise, given that Facebook’s leadership and technical staff skew drastically white and male (for which it’s currently facing a discrimination lawsuit), that Facebook might fail to recognize the complex lives of transgender youth, indigenous communities, or survivors of domestic violence.  But if Facebook truly wants everyone to “feel empowered to express everything we want, freely and safely,” as Zuck states, it needs to start letting its user express their identities with true freedom and safety.

Many people ask me why I’ve been so involved in this work and why I don’t just quit Facebook.  It’s a hard question.  Many days I’m ready to download my archive, hit delete, and run my mouth about how the platform invades our privacy, profits off our data, and wastes too much of our time.  And while I think Facebook’s end may be near—and am dying to see viable community-based alternatives—it continues to be one of the most powerful forums we have.  To leave people out is simply unfair.  But at the end of the day, we can’t forget that it’s us, the users, that make up the heart of Facebook—our authentic social networks are bigger than any software, hardware, or profit the company can generate.  And if we want a space to be truly authentic accountable to one another, it’s our responsibility to demand that Facebook be accountable to us as well.