Social media bites back after a controversial routine 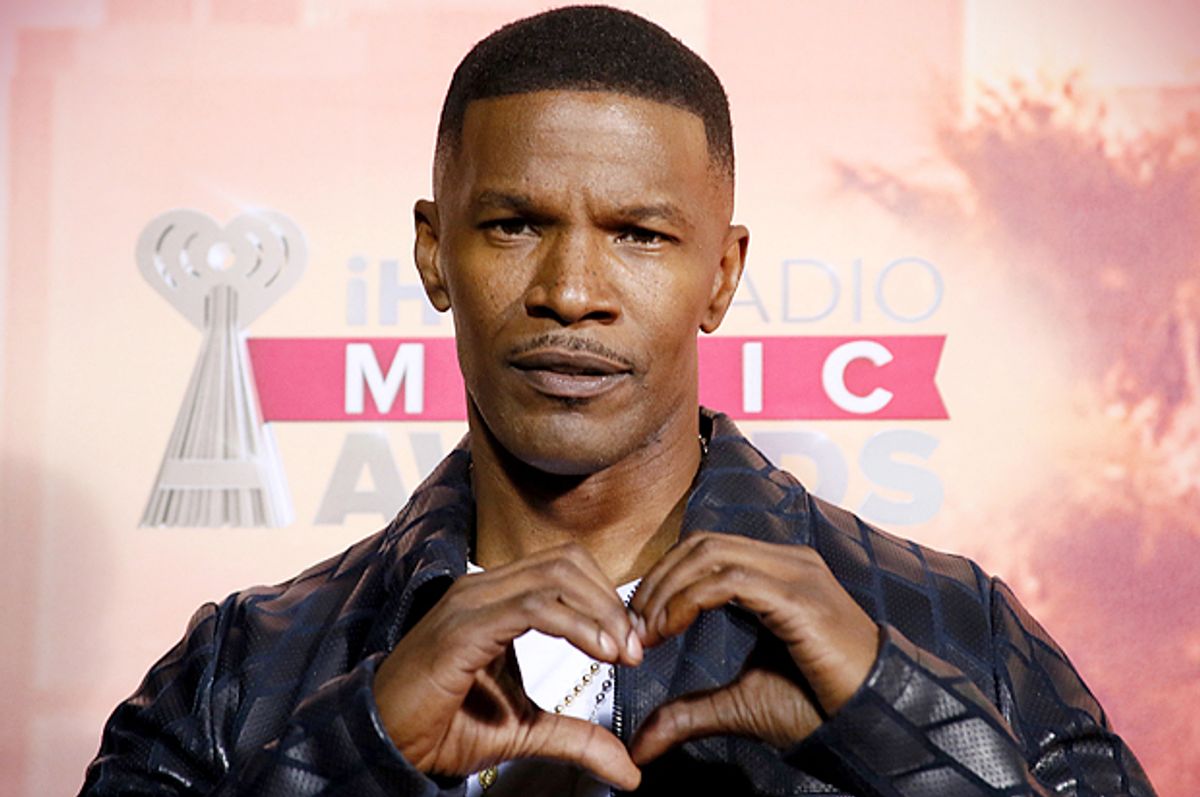 Let's get this part of out the way first, because inevitably whenever there's a backlash against a comic for behaving in a dumb, insensitive manner, those confused champions of free speech are eager to leap to the defense of what they claim is our precious right to make jokes. This isn't about that. In comedy, there is no topic that is off limits. There is no subject that is taboo. And that doesn't mean that if you do your job poorly, you can hide behind the "It's just a joke" excuse to get out of criticism. Which brings us now to Jamie Foxx.

Viewers of Sunday's iHeart Radio Awards were surprised when Foxx used the opening monologue to make cracks about Bruce Jenner, including a promise that "He's doing a his-and-her duet all by himself." He then added, "Look, I'm just busting your balls while I still can." Pretty hilarious coming from a man who got one of his first big breaks in show business for portraying an ugly yet sexually voracious woman. Great job!

Foxx's snarky comments quickly drew shock and disappointment on social media, where many viewers were swift to call the monologue transphobic. But others were eager to assail the notorious PC police, tweeting that "Some folks really need to unbunch their panties. Can anyone take a joke anymore?" and "In comedy no one is safe." It's a sentiment reminiscent of one Tracy Morgan used to make a few years ago to justify his anti gay material, that "If you can take a dick, you can take a joke." And it had echoes of Artie Lange's vow to never "apologize to one of these awful PC groups ruining the country." Yes, that's the problem with the world – there's so damn much sensitivity.

But the glaring problem with this argument is that it ignores that the right to speak comes with responsibility. If you make a remark about Bruce Jenner's genitals, other people have a right to say that they don't like it. They have a right to say it's a bad, unfunny remark. And it's a failure for a variety of reasons, chief among them that despite the noticeable changes in his appearance and behavior, Jenner has not made any public statement  regarding the question of transitioning. In public, right now, Bruce Jenner is still Bruce Jenner. To make snide "his and her" comments is just ignorant and mean. It's an attempt to force a conversation that is not is currently not forthcoming. It's disrespectful – and cheap. And more than what it says to Jenner and his family, whose private situation we still, guess what, don't know, it says to those audience members who are transgender that they're freaks to be made fun of. That for a group of people who are often misunderstood and discriminated against, the joke is on them, not with them.

Comedy at its best goes into the dark corners and makes them less scary. It shows no fear. Louis C.K. has a classic routine involving bestiality and AIDS that's brilliant. There are dozens of genuinely hilarious rape jokes -- including the jaw dropping ones Tina Fey and Amy Poehler made to the whole world at the Golden Globes earlier this year. Deft satire can boldly examine race and politics in a manner that a hundred long-winded think pieces could never achieve. It is a vital tool of social debate and discussion. It also just plain feels good to laugh. But comedy is like flying a plane – it's not enough to just do it; you have to land it. And if you can't, it's probably because you are lacking in some very essential skills – and maybe you shouldn't be at the controls in the first place.