Put down the Trevor Noah pitchforks: His offensive, unfunny tweets shouldn't cost him "The Daily Show" just yet

Yes, his old jokes are insensitive and dumb -- but let's see what he does now 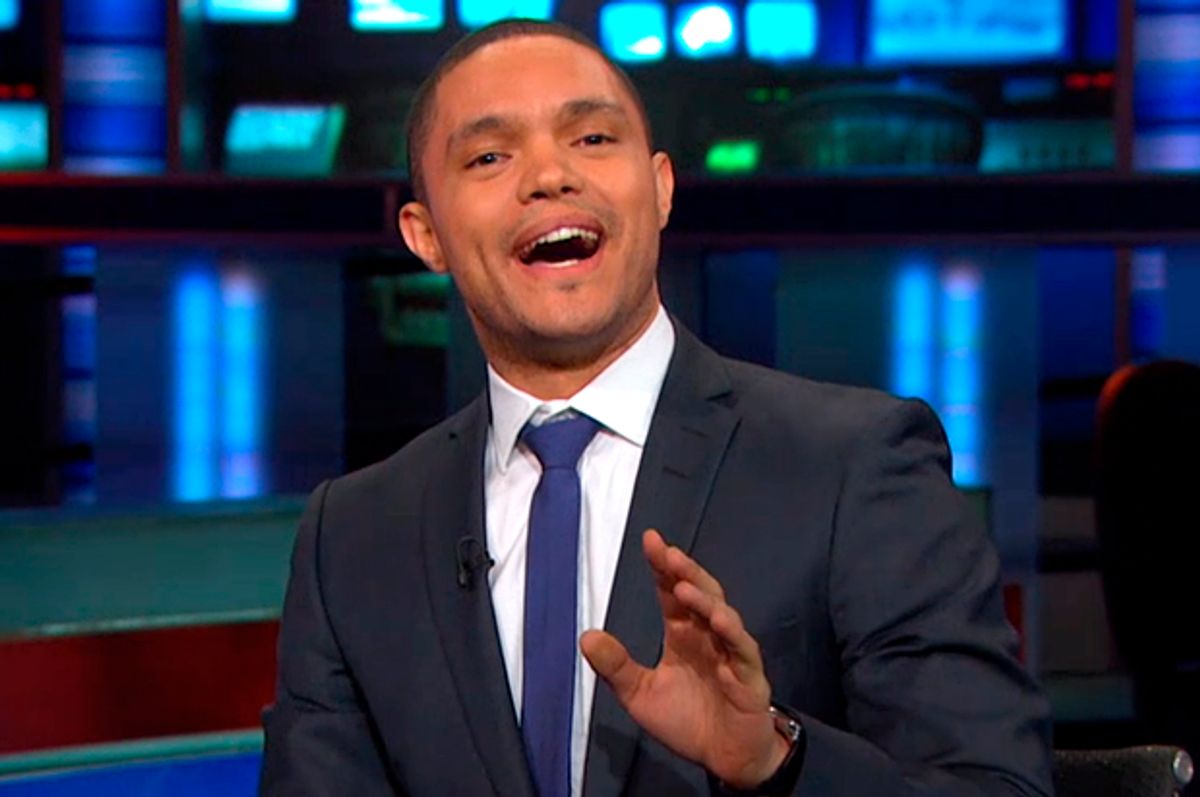 It seems like only yesterday Trevor Noah was the great new darling of comedy. Oh that's right, it was yesterday.

But just like that, the 31-year-old newly anointed host of "The Daily Show" has become… problematic. In the wake of Monday's big announcement about the comic's new gig, it didn't take long for fans of the Comedy Central institution he's just inherited to do some investigation into his past jokes. And what they found was a mixed bag, to say the least. Reaching back into Noah's Twitter timeline into 2011 and 2012, BuzzFeed quickly found gags about how soccer player Lionel Messi "doesn't go down easy, just like jewish chicks" and that "Behind every successful Rap Billionaire is a double as rich Jewish man." There are fat jokes -- "'Oh yeah the weekend. People are gonna get drunk & think that I'm sexy!' - fat chicks everywhere" and "So now that Adele is singing, does that mean it's over?" There's sexist twaddle -- "'I actually prefer the women's league to the mens.' - Nobody ever, about any sport. (except maybe, beach volleyball)." And there's deeply unpleasant stuff like this: "Originally when men proposed they went down on one knee so if the woman said no they were in the perfect uppercut position."

The revelations about Noah's dubious Twitter joke history immediately raised strong criticism – and concerns over whether  a man who could make such tone-deaf remarks is an appropriate choice for a show that for so long has so deftly and furiously championed against the idiocies of prejudice. We would have expected this kind of material from the original "TDS" host, overgrown frat bro Craig Kilborn, but coming from a South African man with a half-Jewish mother, a man who'd no doubt been scrupulously vetted before being offered one of the most sought after seats in television, well, this was a bummer.

In contrast, current host Jon Stewart's always had a more deeply nuanced view of politics. But you can still find in his earlier routines jokes about how "Young Jewish girls still love to go to Israel" – where the soldiers are "just lining up to see them" and get them to "touch it." You can find gags about how men "pretend to enjoy talking to women over dinner." Let the record also show that Jon Stewart costarred in "Big Daddy," which, while not politically offensive, remains nonetheless unforgivable. And just a few years ago, on "The Daily Show," Stewart appeared in a fat suit, because fat people are hilarious, right?

I am not psyched about what has washed ashore on Trevor Noah's timeline, either. Like everyone else losing it just a little right now, I cherish "The Daily Show." And the idea that it could fall into the hands of someone who has put down women and made terrible jokes about Jewish people on the regular feels like mixing New Coke plus "The Godfather Part III" plus everything that's happened to Brooklyn. But before I dust off my torches and pitchforks, I'm going to try to remember that the Noah of three and four years ago – a guy in his 20s – may have been using the incredibly blunt and often dumb instrument of Twitter while he was still feeling his way around to find his comic voice. That doesn't excuse the inane things he said. They are crappy and insensitive. It just recognizes that they are said. And that the man who takes over "The Daily Show" could yet prove to be a man who has grown and matured and will continue to do so.

I hope Noah addresses his past, because his words aren't going to go away. But I hope also that the fate of a show that matters deeply to a lot of us doesn't rest on the swift and often unforgiving mob justice of the Internet. Noah's been ignorant and unfunny. I don't want his head for that. I just want him to now show us he's a better man, because that's what "The Daily Show" deserves. And if he isn't, the network behind it should be pretty clear now that we won't stand for it.