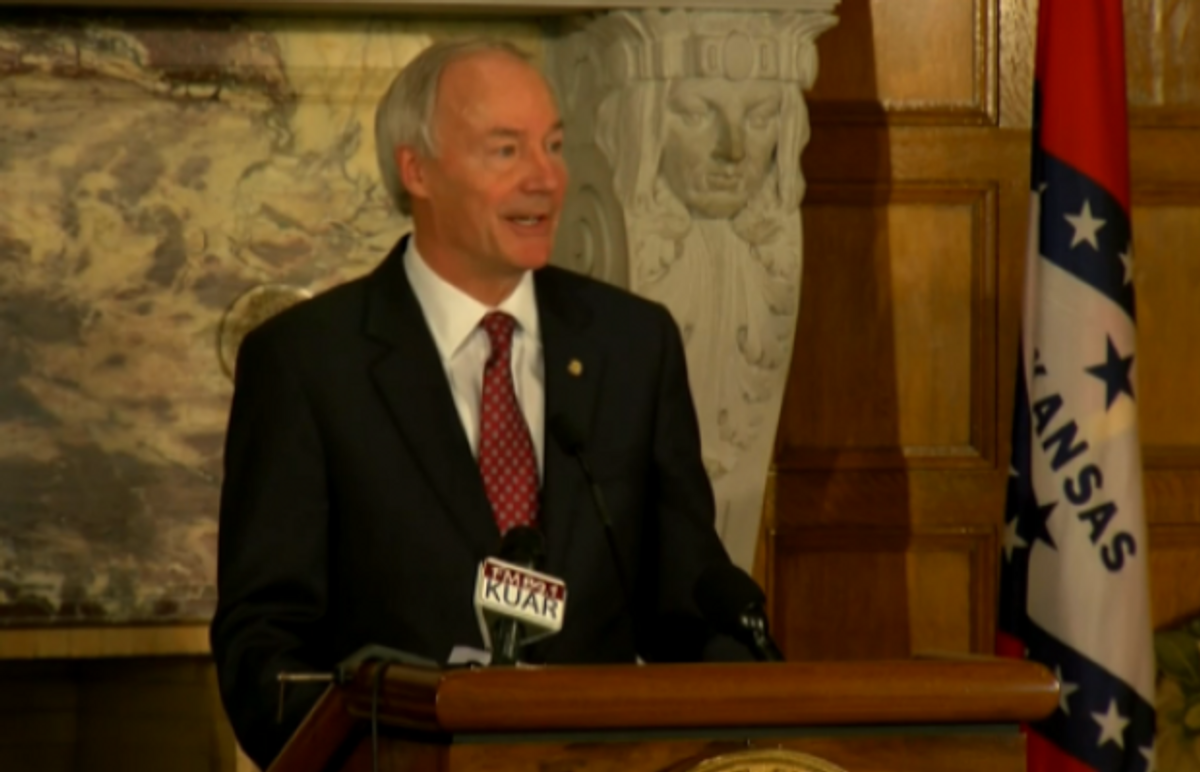 Republican Arkansas Gov. Asa Hutchinson announced Wednesday that he would not sign the state's anti-gay "religious freedom" act in its current form, citing concerns that the measure differs too sharply from the federal Religious Freedom Restoration Act.

While he had previously indicated that he would sign the measure, which would provide a legal shield to business owners and individuals who refuse services to LGBT people on religious grounds, Hutchinson told reporters that he wants to see lawmakers strike a "balance" between diversity and religious freedom.

The governor said that he was considering issuing an executive order declaring Arkansas "a place of tolerance." Just two months ago, however, Hutchinson allowed legislation overriding local LGBT  non-discrimination protections to become law. Arkansas has no statewide law banning discrimination against LGBT individuals.

Following uproar over the signing of a similar "religious freedom" law by Indiana Gov. Mike Pence, Hutchinson faced a flurry of calls to veto the bill from LGBT rights advocates and corporations like Wal-Mart, which is based in Bentonville, Arkansas.

Among those urging him not to sign the legislation, Hutchinson said, was his son Seth.