"If there are any homosexuals nearby, God cannot hear your prayers": Conan O'Brien absolutely destroys anti-gay Indiana law 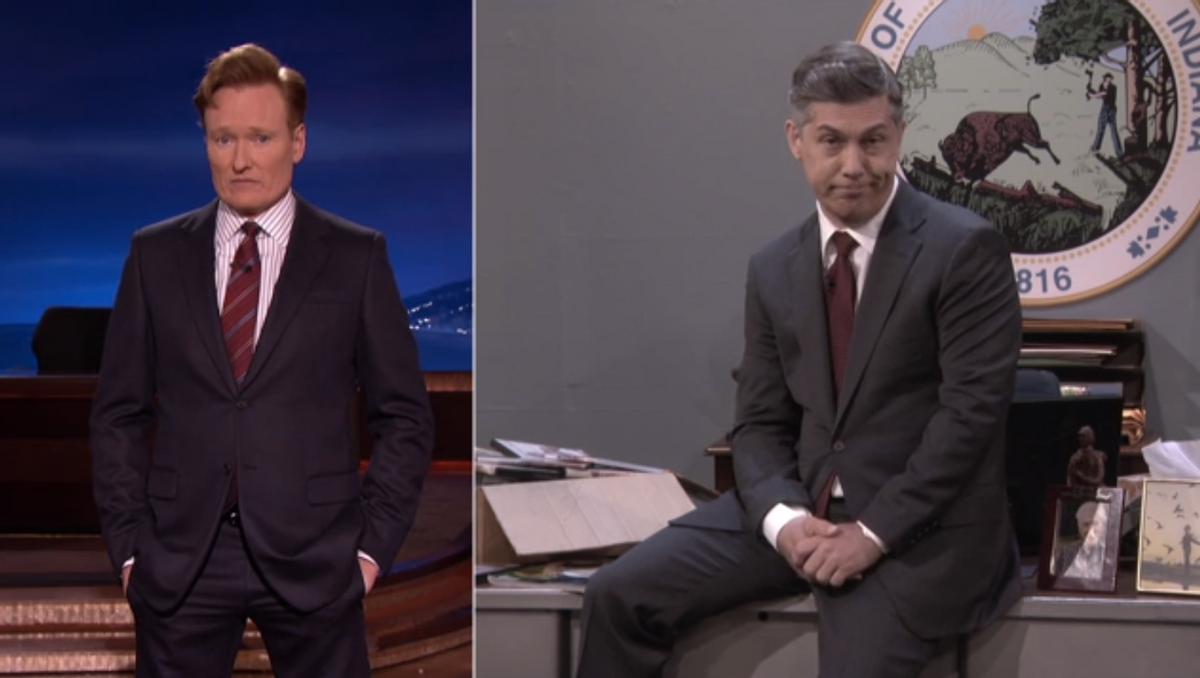 Indiana has been all over the news this week for its absurd anti-gay "religious freedom" law which gives businesses a loophole for refusing services to LGBT people on religious grounds. Conan O'Brien decided to check in with the state's "religion czar" Don Beederman on Tuesday's show (Chris Parnell, that is) to get a better sense of his platform on the issue that's sweeping the nation.

"You just can't identify every homosexual at a glance!," Conan exclaims, before getting cut off by Beederman. "Well you can if you've done the research -- and I have," he counters.

You can watch the absurdly hilarious takedown of the law below: