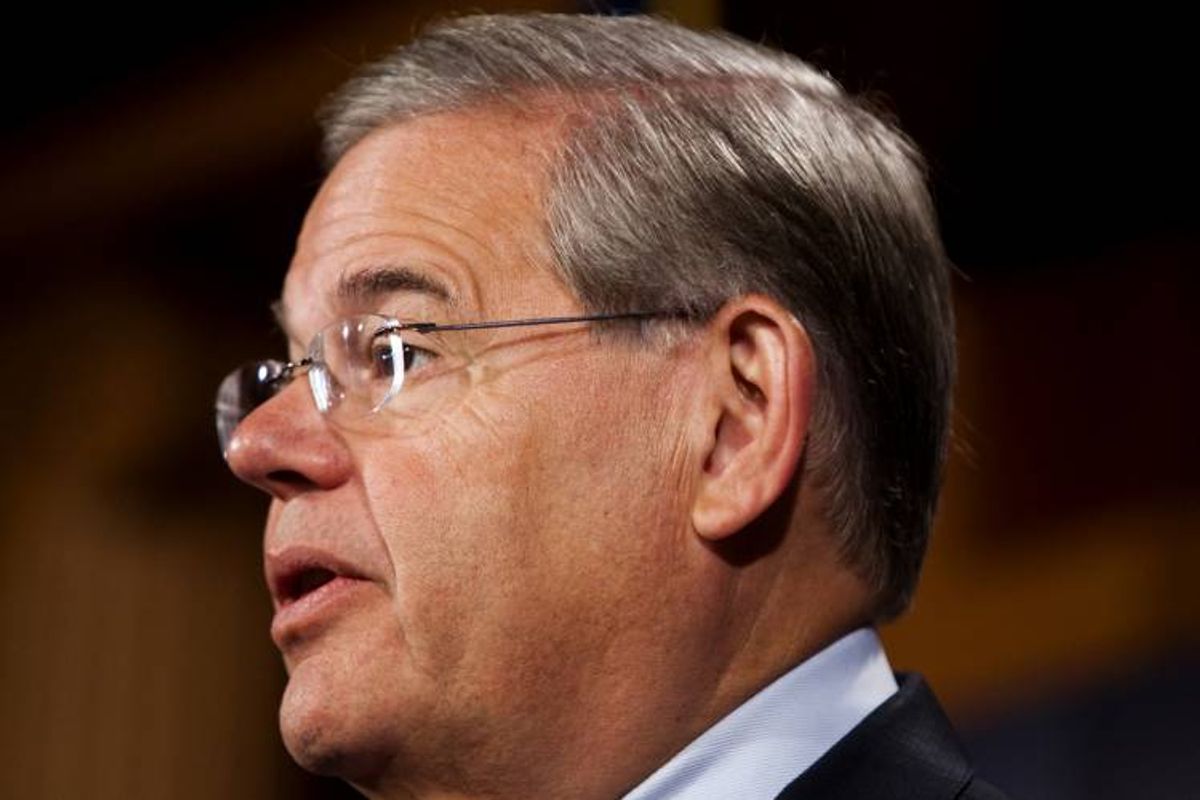 One month after people close to the case leaked that the Justice Department was preparing to indict New Jersey Democratic Sen. Bob Menendez on corruption charges, the department finally leveled the indictment on Wednesday, according to the Associated Press.

The AP reports that Menendez will face charges of conspiracy to commit bribery and wire fraud. His case stems from alleged favors Menendez performed for Dr. Salomon Melgen, a close personal friend and a top contributor. Menendez intervened on Melgen's behalf in a Medicare overbilling dispute, and the senator has admitted to flying on Melgen's private plane for trips to the Dominican Republic. The 22-year congressional veteran initially failed to disclose the travel, although he later reimbursed Melgen $58,500 for the flights -- two years after the trips.

Menendez contends that he did nothing improper by advocating for Melgen's business interests before the Departments of State, Commerce, and Health and Human Services, arguing that he treated Melgen as he would any constituent and asserting that the gifts he received from the physician were given in his capacity as a friend, not as a quid pro quo.

The senator, first elected to Congress in 1992 and appointed to the Senate in 2006, previously vowed to remain in office if he were indicted.

While Menendez has been under investigation for years, conservatives like Texas Sen. Ted Cruz have spent the past month promoting the conspiracy theory that Menendez's impending indictment is part of a political vendetta by the Obama administration, which Menendez has bucked on the Iranian nuclear negotiations and the diplomatic rapprochement with Cuba.

Although Menendez's indictment is unlikely to create a Senate vacancy in the immediate term, it could nevertheless have significant political repercussions in the weeks to come. Because his fate is linked to the Justice Department, Menendez is considering abstaining from the vote on Loretta Lynch's nomination to succeed outgoing Attorney General Eric Holder. Given that only four of the Senate's 54 Republican members have announced their intent to vote for Lynch, she would need the votes of every Senate Democrat to win confirmation, assuming she garners no additional Republican support.