Here's a hint: K Street probably isn't in his future 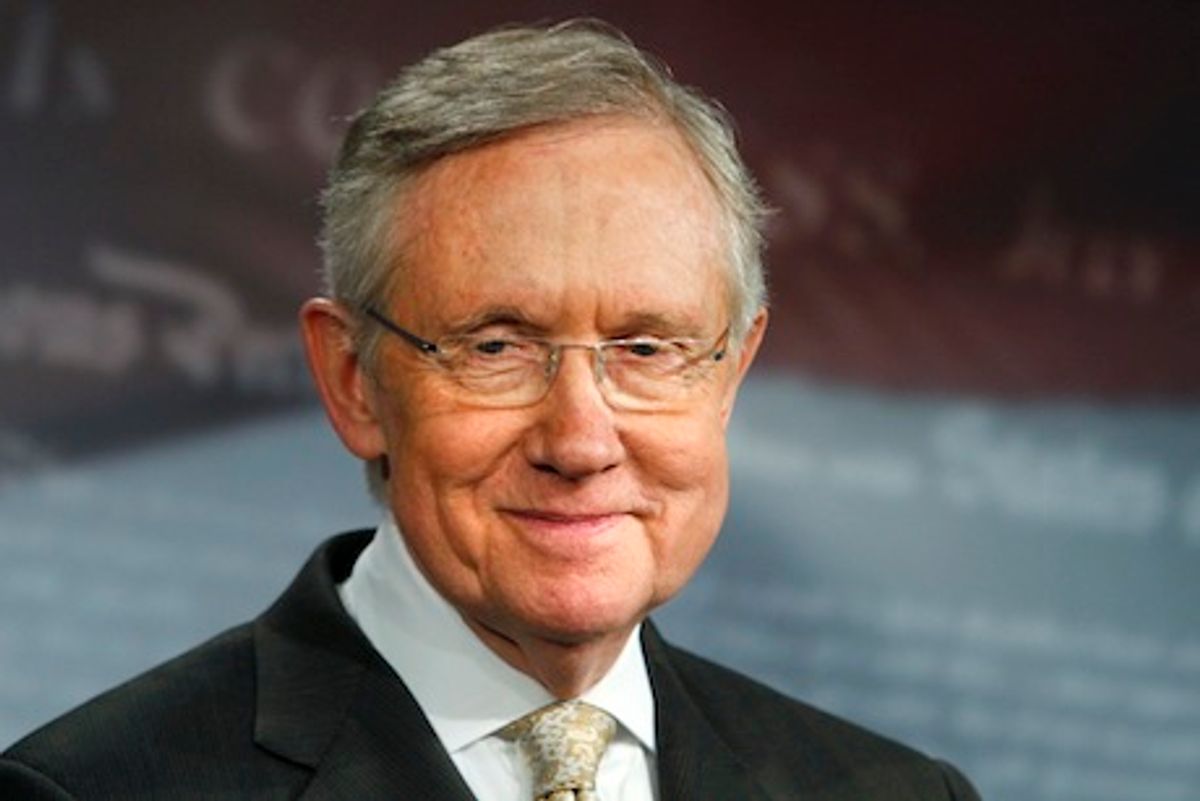 Senate Minority Leader Harry Reid, who announced last week that he would not seek a sixth term in 2016, has yet to decide his next move, but there's one career path he's decidedly unlikely to pursue.

Speaking with the New York Times about his effort to keep his Nevada Senate seat in Democratic hands, the 75-year-old Reid also weighed in on his own future. Unsurprisingly, Reid said that he'd received calls from "lots of people," including former Vice President Al Gore, since revealing his retirement plans.

"Maybe I want to do something with Al Gore? I have no idea," he mused.

What about a lucrative lobbying career, that tried-and-true trajectory for well-connected former lawmakers?

“I’d rather go to Singapore and have them beat me with whips,” Reid quipped.

While it seems that K Street is far from Reid's mind, his Democratic colleague Chris Dodd of Connecticut was similarly emphatic in forswearing lobbying ahead of his 2010 retirement. "No lobbying, no lobbying," Dodd promised, asked about his future plans. A few months later, he accepted the chairmanship of the Motion Picture Association of America, the main lobbying association for Hollywood studios.