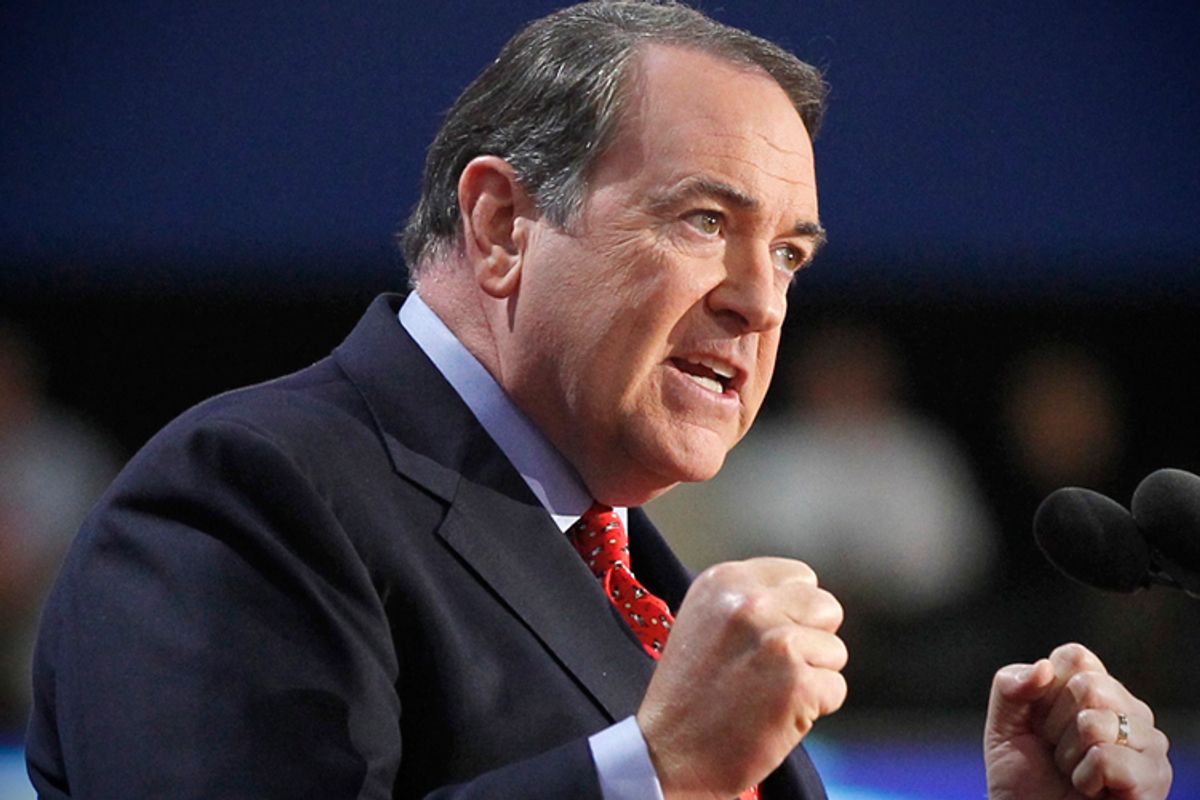 Still struggling with a personal "ick factor" provoked by the mere thought of a wedded gay couple, Mike Huckabee is naturally a big fan of legislation that allows discrimination against gay people on religious grounds.

The Southern Baptist preacher and former Arkansas governor, who's currently mulling a 2016 GOP presidential bid, appeared on Tony Perkins's radio program Wednesday to denounce critics of the recent spate of so-called religious freedom laws, arguing that the controversy over measures in his home state and Indiana has been "manufactured by the left."

While outrage over the prospect of gay couples being denied services is a "phony crisis," as Huckabee put it, he identified what he sees as a genuine one: Gay people and their allies, Huckabee asserted, are conspiring to create an America with "no more churches." It's all part of a grand design, you see, to persecute that long-oppressed minority: right-wing, heterosexual Christians.

“It is a classic example of — really a page out of ‘1984,’ when what things mean are the opposite of what they really are. And that’s what I’m seeing here is that in the name of tolerance, there’s intolerance. In the name of diversity, there’s uniformity. In the name of acceptance, there’s true discrimination," Huckabee harrumphed.

Perkins -- who himself has floated the theory that gay rights advocates want to carry out a new Holocaust against anti-gay Christians -- asked Huckabee "where it will stop." This is where the whole ending-all-churches part comes in.

Sounds a bit deranged to us, but who knows? Maybe Huckabee's many gay friends have let him on to something the rest of us don't know.

Listen to his comments below, via Right Wing Watch: