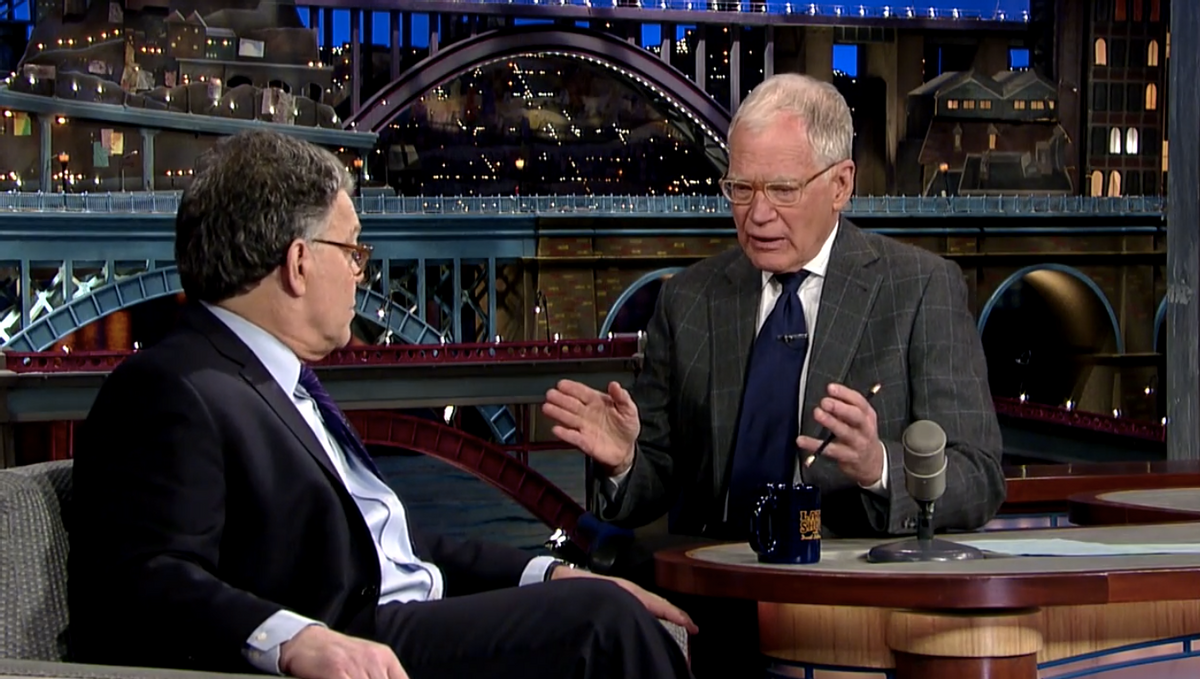 Before becoming the classic New York showman we know today on the "Late Show," David Letterman was a native Hoosier. Having lived in Indiana for 27 years of his life, the late-night host was well-equipped to bring a biting critique of Indiana's Religious Freedom Exploration Act to the table Tuesday night -- proclaiming at one point, "This is not the Indiana I remember as a kid!"

On Wednesday night's "Late Show," Letterman, again, tackled the Indiana controversy and sought out advice from Sen. Al Franken. Dumfounded by the Religious Freedom Act, Letterman turned to Franken for clarity: "What I don't understand is, they're human beings -- so why aren't they generally protected the same way all human beings are protected?"

Letterman, who went on to explain that the state is very near and dear to his heart still (he'd like to be buried there!), wondered what he could do to make Gov. Mike Pence (R) very uncomfortable.  “As a matter of fact, there’s an open seat there," Franken quipped. "The incumbent Sen. Dan Coats, says he’s not running next year."

“Look, when people come to me, young people say, ‘How do you become a United State Senator?’ I say, ‘Do about 35-40 years of comedy and then run for the Senate'” Franken said. “And it’s worked every time. So, I think you should run.”