A pot-bellied pig walks into a Burger King: The week in weird news

Plus: a man spent $225 thousand in plastic surgery to look like Shakespeare 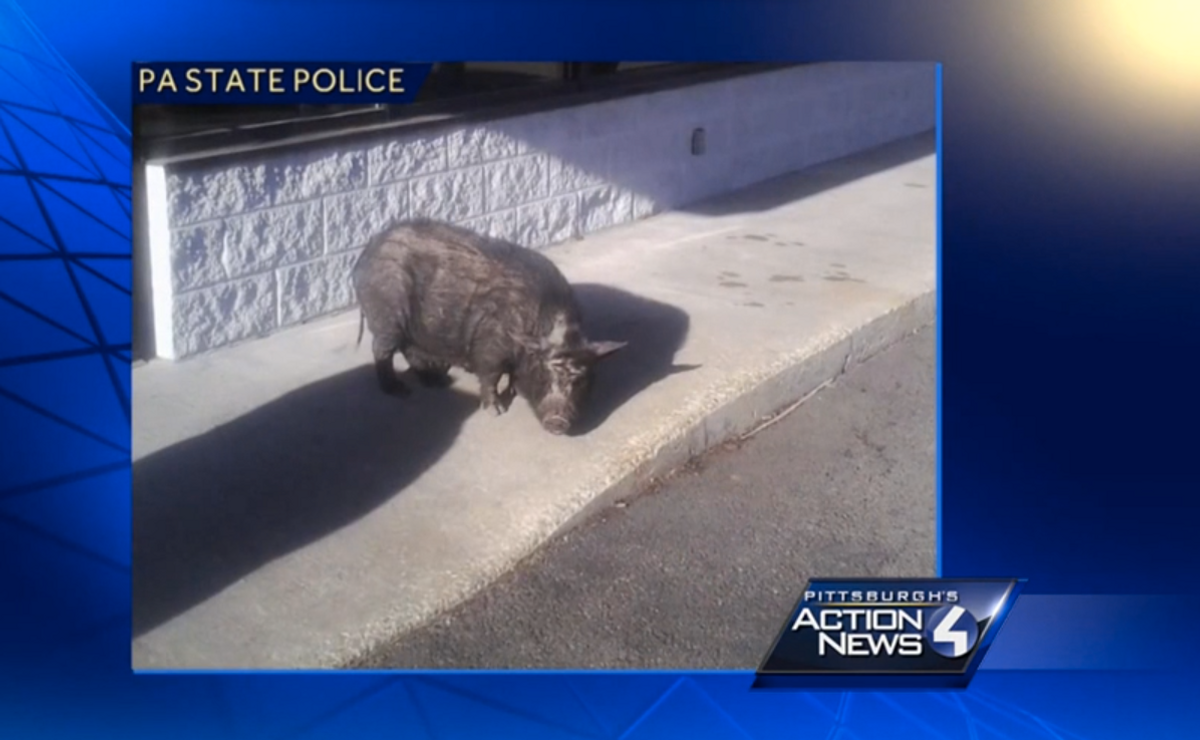 A Shakespeare superfan underwent extreme plastic surgery to look just like the poet-playwright.

A couple won Britain's lottery for the second time in two years -- this time for $1.5 million. David and Kathleen Long won their second lottery of 1.5 million dollars in under 20 months Wednesday. According to NBC News, the couple still lives in a trailer, despite their previous million-dollar prize. "It's definitely taking longer to sink in this time," Long said. "But I always told everyone that I'm going to do it again. I just knew it would be my turn again someday. Now it has and we just can't believe it." (NBC News)

A man found 75 pounds of cash on a highway and promptly returned it.

Dan Kennedy, a Utah area man, discovered a "4 feet tall" and "2 feet wide" bag of cash on Interstate 80 that had fallen off a moving truck. The bag was filled with many smaller bags which Kennedy estimated contained upwards of $22 thousand in each.  After failed attempts at tracking down the armored truck, Kennedy called the police. "Never in all my years have I heard of a bag of money bouncing out of the back of an armored truck," trooper Brady Zaugg said. "That's something that happens in the spy movies." (Deseret News)

Bright pink chickens were spotted roaming the streets of Portland.

Portland locals spotted two chickens dyed bright pink by Portland's waterfront park Thursday. After Multnomah County Animal Services came to collect the chickens, owner Bruce Whitman came forward to claim them and explained that he soaked them in beet juice for color: "I wanted to make people smile," Whitman told NBC. "I thought it would be fun for people when they get up and have a cup of coffee to be able to smile when they wake up." (NBC New York)

A pot-bellied pig wound up inside a Burger King and no one knows how it got there. AP reports that troopers from the Somerset barracks were called to a Burger King Thursday morning in southwestern Pennsylvania after complaints were filed that a pot-bellied pig had wandered into the restaurant. An employee of that restaurant told the Pittsburgh Tribune-Review: "I definitely don't want to hear another pig joke." (AP)